It’s the weekend, which means it’s time to pick our winners and losers in the tech world this week. The ongoing lockdown restrictions means streaming services have continued to capture our attention in February. Meanwhile, one messaging service came forward to warn users of a pretty major security issue (and no, it wasn’t WhatsApp).

Last week, our winners were TV fans, who were treated with an array of free movies, channels and apps across Sky, Virgin TV and BT Sport. This week, Virgin Media ramped up its free offerings with a grand total of 22 new channels to keep the whole family entertained over half term. This isn’t even including the seven premium kids channels it introduced last week.

On the flipside, last week’s losers were gamers, who were hit with bad news from not one, not two, but three giants in the industry. While Microsoft and Sony warned of ongoing stock issues for the two biggest consoles of the year, Google announced that it would be closing the studio responsible for making first-party Stadia releases, spelling out possible trouble for the cloud gaming platform. This week didn’t look much better, with plenty of eager PS5 buyers missing out on Game’s Thursday morning restock.

This week, Disney Plus revealed it had reached a landmark 94 million subscribers across the globe. Considering the streaming site only launched in late 2019 (or 2020 here in the UK), that’s an impressive number to amass in such as short period of time.

According to Disney, 8 million of those users joined in the last three months alone.

This isn’t the first time Disney Plus has been crowned our winner recently. The platform announced its adult-friendly Star launch last month. The section will house original Disney content, along with shows and movies from the likes of 20th Century Fox and Hulu, giving parents something of their own on the platform, as well as single adults a compelling reason to subscribe that goes beyond childhood nostalgia.

Star will arrive on top of incredibly successful shows such as The Mandalorian and WandaVision, as well as movies from Marvel, Star Wars, Disney, Pixar and Fox.

Of course, Disney Plus still has a way to go to catch up with Netflix, who recently announced it had reached 200 millions users worldwide. However, it took Netflix almost 14 years to get to this point – Disney is nearly halfway there in closer to 14 months. At this rate, it might not be long before the two streaming services are stood toe to toe. 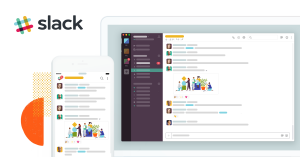 Slack is our loser this week, after the popular messaging service was forced to contact a number of users and open up about a security issue that left their passwords vulnerable.

The app reached out to Android users to warn them of the issue, which was caused by a bug in the app’s December update. The error allowed user login credentials to be saved to their device in plain text, forcing users to change their passwords and wipe this data in order to keep their accounts secure.

“We are taking this step as precaution due to an error that we discovered and there is no evidence of any unauthorized or third party access to this account”, reassured Slack in the email (via Android Police). “Maintaining the security of your team and the privacy of your communications is important to us. We apologize for the disruption”.

Countless companies rely on Slack to keep colleagues connected, especially while working remotely during the lockdown. Not only did this bug compromise user passwords, but it also compromised any other sites for which the user may have set those same login credentials.

If you use the Slack app for Android, make sure to reset your password and clear the app’s data in your phone’s settings to keep your data secure.