Microsoft is going all-out to get the world into ‘mixed reality’, but what exactly is it and when will you be able to dive in? Here’s everything you need to know about mixed reality, including the headsets, software and games you’ll be experiencing when it launches.

What is Mixed Reality?

Mixed reality, despite being a new term, is actually already a bit of an anachronism. You might imagine it as being just Microsoft’s HoloLens platform, which overlays virtual content onto your real-world vision using some extremely expensive glasses, but the company has expanded mixed reality to include an entire brand of virtual reality hardware and software.

HoloLens is only being used by businesses for some very niche functions, such as architecture, so for the rest of us mixed reality, for now at least, means virtual reality with a flip-up screen.

Microsoft has handed over the blueprints for its mixed reality headsets to its OEM (original equipment manufacturers) partners, the same people who make laptops running Windows 10. So far, we’ve seen headsets from Dell, HP, Lenovo, Acer and Asus. They all feature near-identical specifications and form factors, and cost all about the same. They are also all compatible with the same set of controllers prescribed by Microsoft.

From the demos we’ve seen so far from Microsoft’s partners, we’ve experienced some fairly basic uses for the headsets, including walking around a virtual home (known as Cliff House) with Windows 10 apps plastered to the walls, as well as exploring Machu Pichu from a hot-air balloon.

What’s common across all the experiences we’ve seen so far is that they are categorically not mixed reality by any definition. Still, Microsoft has nicked the term away from anybody else who might have wanted to use it, and it’ll be interesting to see if it does anything that could be classed as ‘mixed’ in the near future.

Microsoft has confirmed that mixed reality headsets will be compatible with any game that runs on Valve’s SteamVR platform.

Mixed reality will start to become available to consumers from 17 October, which is when the Windows 10 Fall Creators Update launches.

All the headsets feature identical screen specifications, with two 1440 x 1440-pixel LCD screens, one for each eye. Field of view is rated at 95 degrees, which is somewhat less than the 110 degrees offered by the Oculus Rift, for comparison. The screens are all capable of driving at up to 90Hz.

The headsets feature “inside-out” tracking, which means no external sensors are required. Instead, two cameras scan the environment around the user, allowing for accurate movement tracking in every direction (this is often known as “six degrees of freedom”).

Each one allows you to hook up to Windows PC using a single USB port and HDMI connector, and mess around in virtual reality. What sort of experience you’ll get will depend on how powerful your computer is (see Mixed Reality vs Mixed Reality Ultra, below). 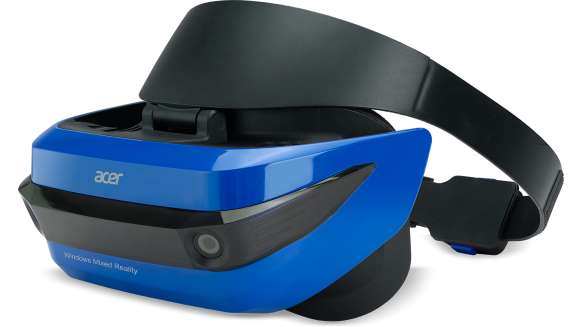 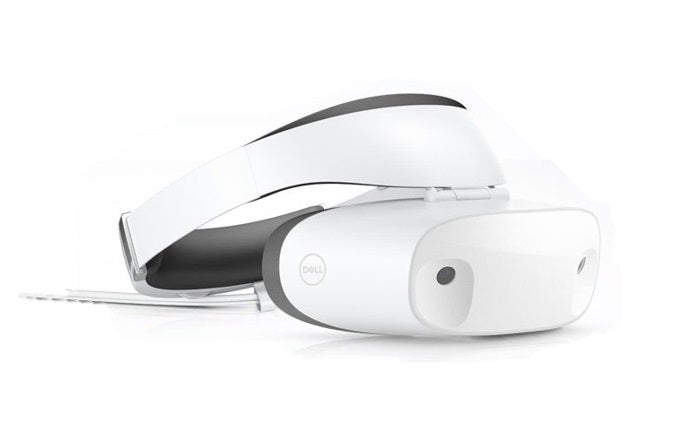 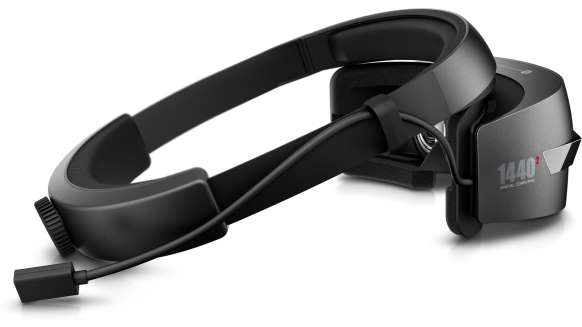 Price: €449 (Asus unclear on whether that’s including or excluding controllers)
Availability TBC, 17 October or after

There are two fundamentally different mixed reality experiences available. The first is regular mixed reality, which will run on PCs that have integrated graphics (think Intel UHD graphics). These will run at a maximum of 60fps, and while Microsoft hasn’t stated whether proper SteamVR games will be supported, it’s very safe to assume that they won’t be. Some more basic titles will likely be available, but Microsoft hasn’t clarified exactly what this means yet.

Mixed Reality Ultra is more akin to the experience you’ll get on HTC Vive and Oculus Rift and will require a PC or gaming laptop with dedicated graphics card. Running at 90Hz (much smoother, better for not getting motion sick), you’ll be able to play proper games at proper frame rates. This is where the real fun is.

Thinking of clamping a mixed reality headset to your face? Let us know on Twitter @trustedreviews