In this concluding part in the series, Simon Osborne-Walker takes one last spiritual trip to 1995 to see just how much progress Microsoft’s made between two landmark versions of Windows

I have to admit, I’ve been having a blast. Every time I’ve slipped on my baseball cap and twisted it sideways, I’ve been totally Fresh Prince’d – my life’s been flipped, turned upside down.

The ’90s has flowed over me like the all-consuming oceans in Waterworld, and like Kevin Costner’s gilled seafarer I’ve adapted and embraced it. But it’s not all been plain sailing (for me, not just Costner).

Hmm. I need one last trip. I’ve got unfinished business in 1995.

Watch our Windows 10 vs Windows 95 video

Opening up my chunky slab of vintage laptop and booting Windows 95, my hand’s visibly shaking as I pop the CD drive.

I can’t tell you how stupidly, childishly excited I am. 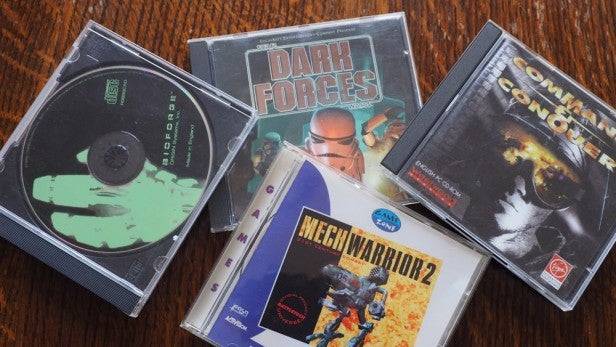 Just read that list of games again. That’s only a handful of the blockbuster games to give many of us our first taste of gaming on a Windows 95 PC. A vintage year, to be sure.

If I’m honest, it’ll be a miracle if the others get a look in once I’ve fired up MechWarrior 2. Twenty years ago that game, along with the Ghost Bear’s Legacy expansion pack, was my life, and I’m hoping a wave of nostalgia is going to carry me over any disappointment in the dated graphics and lack of depth. Now where did I leave those rose-tinted glasses?

It’s still amazing in so many ways. If there’s anything we’ve learnt from the rise of mobile gaming, it’s that good gameplay is good gameplay, irrespective of how a game looks. And sometimes you just want to get to the action fast, not wade through 10 minutes of cut scenes. The intro animation lasted barely more than a minute, and though it creaked a little, it was as pulse-racing as ever.

That said, as I’m piloting my giant battle-bot, I can’t shake the feeling that I’d be grinning even more if it was all beautifully rendered in super-sharp Full HD resolution. Today’s graphics can make the difference between feeling like you’re playing a game or living it. 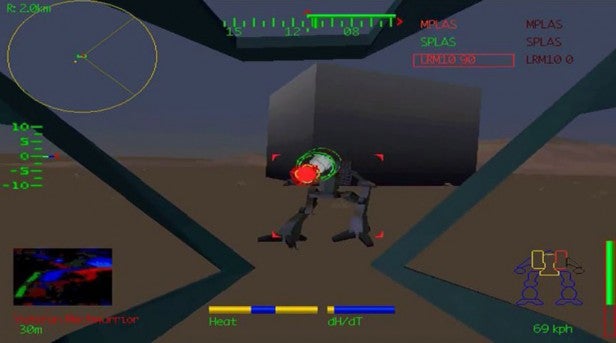 There’s a part of me that’s sad the servers for online play have long been dormant. Which is strange, because there’s nothing that irks me more than getting ambushed in a virtual world by a 12-year-old kid from Seattle who’s clearly got way more time to practice and has the benefit of youthful reflexes. Let’s see where he’s at when he’s working a full-time job and two kids are waking him up at 6am every morning.

Like so many of those first, cutting-edge Windows 95 games, MechWarrior 2 had online play, but really our dial-up world wasn’t ready for it. Developers tried. We tried. And then we decided it was a teensy bit harsh getting shot by someone who could see you 20 seconds before you saw them, just because they were playing on a super-fast (for 1995) school network, and you were still busting a 14.4kbps modem that had to be unplugged every time your mum wanted to call Aunt Cecily to arrange a dinner party because she still had some After Eights that needed using up.
Never mind, most of these games were awesome enough when playing on our lonesome, and frankly we didn’t know any better.

After a twelfth failed attempt at one particular mission, I finally concede that it’s time to give up. I shut down Windows 95 and slam the laptop lid down, thinking how that little brat from Seattle probably would’ve nailed this mission hours ago. Probably one-handed, while picking his nose.

That’s it, I’m packing away my ’90s clobber for good. Like Robbie Williams splitting from Take That, I’ve had fun, but need to move on. The tech world’s come too far to turn back now.

The mid-1990s were full of optimism. We were happy with our fuzzy VHS videos, scratch-attracting CDs and dangerously flammable shell suits, and we’d started to get used to the fact that Marathon bars were now Snickers and every newsagent in the land had finally exhausted its Tab Clear reserves. But it was also so obvious that we were on the verge of a breakthrough, and that things were about to get so much better.

Windows 95 started a digital revolution that’s enabled so much of what we take for granted today, but it was very much constrained by the other tech around it. Windows 10 has continued with that pioneering spirit of making the PC a hub for work and entertainment, but made it more indispensable and versatile than we ever could’ve imagined 20 years ago.

Cortana has added a layer of intelligence to search and organisation that would’ve felt like witchcraft to the angst-ridden kids working in Empire Records. But hey, they’d probably have been too busy browsing a seemingly infinite world of songs available through Groove Music. (Sadly there are no Rex Manning albums available. I checked.) 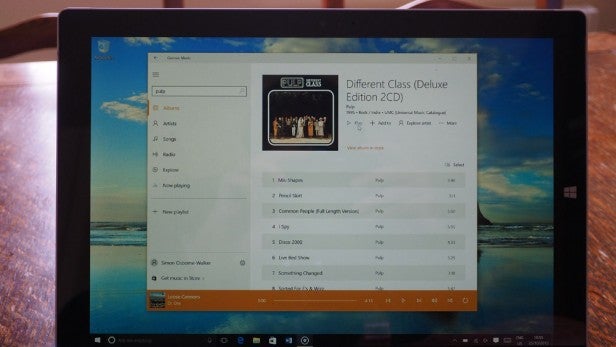 Modern 2-in-1’s like the Microsoft Surface Pro 3 are two devices in one – a laptop and a tablet – and Continuum ensures the Windows 10 experience is beautifully optimised for each.

In 1995, most computers didn’t even have speakers built in, never mind wireless connectivity and a touchscreen. Buzz Lightyear was what everyone wanted for Christmas. Now, in 2015, even the kids want a super-powerful, portable device and a world of multimedia content at their fingertips.

Windows 10 devices can offer them just that, and in a huge range of shapes, sizes and styles. Welcome to the future, y’all.

Right, I’m off to stream Pulp’s Different Class, because, if nothing else, the music was better back in ’95.

To make Windows 10 a part of your future, go to Windows.com