Updated: If you want to skip the queue and get the Windows 10 Creators Update right now, you can. Take a look at our guide below on how to do so.

Windows 10 Creators Update at a glance:

When can I get the Creators Update?

Microsoft has announced today that the Creators Update will begin rolling out on April 11th. But because 400 million PCs run Windows 10, the update will be staggered so you’ll be in the minority if you get it on day one.

The company has stated that anyone who wants to download and install the update manually may do so, and will be providing a download for the new version on the Microsoft website. When that link is live we’ll update this piece with more information.

If you want it now, take a look at our guide below.

Do I need the Creators Update?

It’s a mandatory update, so like it or not you’ll get it. It doesn’t make anything about Windows 10 worse (as far as we can see), so even if you don’t like the big new features, under-the-hood security enhancements will make your life easier.

At Trusted Towers, we’re not hugely enthralled by the update; there’s not a huge amount here that will change the way many of us work. Those who fancy dabbling in a bit of 3D work or fancy streaming their games for free in a couple of clicks will be happy, but everyone else will probably carry on as normal. The fact this update has a big, fancy name doesn’t really hide the fact that it won’t revolutionise Windows 10 in any way.

Related: Read our verdict on the Windows 10 Creators Update

Simply head to the Windows 10 Media Creation tool page on Microsoft’s website. You should see a grey bar that states “We noticed you are running Windows 10. If you would like to update to the latest version, click Update now.” 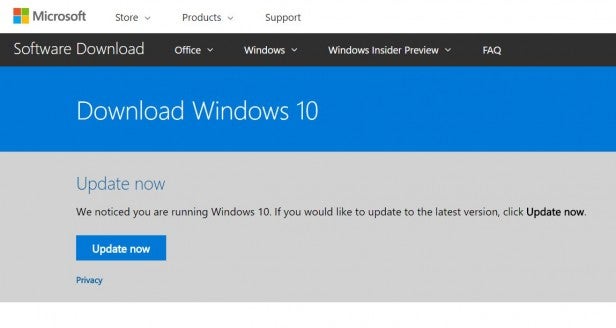 Click on the ‘Update Now’ button and follow the steps in the window that opens, and that should do the trick! The download will run in the background (and is around 3.5GB) and will then ask you to restart to finalise the installation. 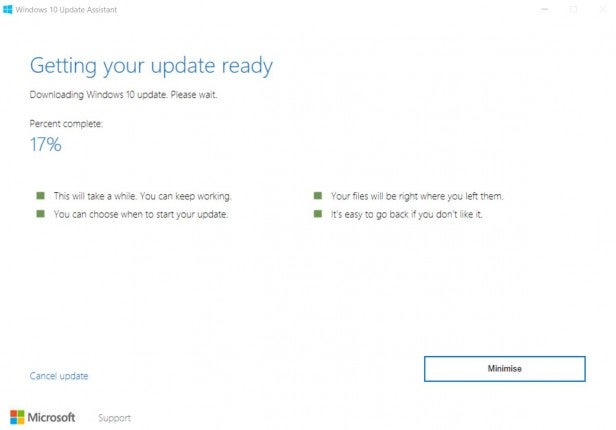 There are fewer risks involved with downloading the update this way compared to signing up to the Insider scheme that Microsoft runs for Windows 10, but it’s always worth making a failsafe recovery backup of Windows if you have stuff you don’t want to lose. Search for ‘recovery’ in the Start Menu to get one set up before you download the Creators Update.

Paint 3D
In its effort to make Windows 10 the operating system of choice for fans of 3D content and children, Microsoft has developed Paint 3D, which is a brand-new, pre-installed application that lets you make basic 3D scenes.

It’s an interesting move, with Microsoft seemingly trying to kickstart a market that doesn’t have a huge amount of scale right now.

The app itself is impressively simple and behaves almost identically to a 2D imaging app, with some extra features to let you rotate objects and move them backwards and forwards in 3D space. 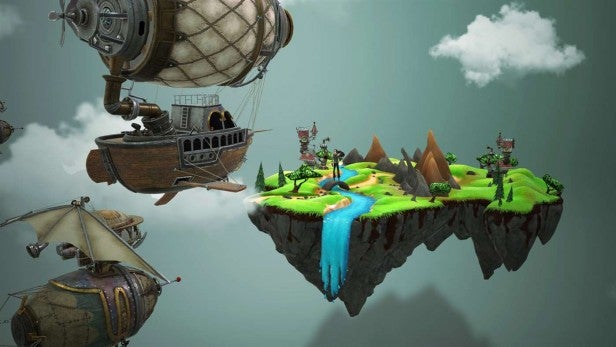 You can create scenes from nothing or start with one of your own images and convert it into 3D using a clever magic wand tool that pulls notable objects, such as people, into separate layers that you can move back and forth.

Don’t have the skills to make your own 3D objects? You’ll be able to download new content from the Remix 3D content store, which is built into Paint 3D. Simply search for the sort of object you’re looking for and slap it straight into your new 3D scene.

When you’re done, you can convert it into a 2D image, or export it as a 3D object that can be opened in other 3D programs. You can also 3D print your creations the 3D printer you almost certainly don’t own, or send it off to a 3D printing service to have it mailed to you. This could be fun for creating 3D greetings cards, although a little more expensive than just grabbing an old-world, 2D card from your local Paperchase.

You can download a preview of Paint 3D here.

Game Mode
Game Mode sounds like the sort of feature rubbish antivirus packages use to make you think they’re not completely destroying your computer’s performance. But Microsoft insists it will actually help you get more consistent performance when you’re playing games, which will probably be helpful on mid-spec PCs and laptops being pushed to their limits by the latest games.

The feature is said to prioritise gaming tasks above all else, with background tasks and other programs getting lower priority. This new feature hasn’t been fully detailed, and Microsoft says the performance gains will vary by device and usage, so hasn’t put a number on it. 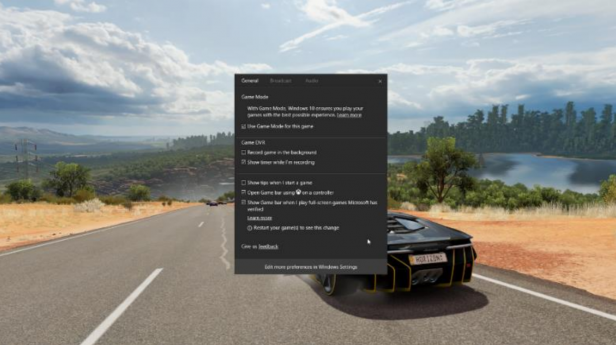 The Game Bar, accessed by hitting Windows+G now lets you stream through the Beam streaming platform. This isn’t YouTube or Twitch, but Beam’s apparent killer feature is its low-latency streaming, which means viewers see the action a second after it happens on the streamer’s PC. This means the audience can interact in a more instantaneous way, which is good for some games where the streamer might want the audience to be able to make a big choice.

Microsoft has improved how the Edge web browser handles tabs. Instead of just opening loads of tabs and windows, you can now just park the set of tabs you currently have open and return to them later. That means, for example, if you’re about to take a lunch break and want do do some online shopping, you can park your work-related tabs and come back to them when you’re done.

The buttons for this can be found on the top-left of the Edge window, with the rightmost button parking the tabs, and the left button allowing you to see all the tabs you’ve parked recently.

We don’t think this feature alone will see Edge bouncing up our Best Browser rankings, but it’s a handy feature nonetheless.

Edge has also received tab thumbnails, which let you preview a tab’s contents without clicking on it.

Other additional features include the ability to play Netflix in 4K, if your computer has a 4K screen and an Intel Kaby lake processor.

Fed of of bright blue light ruining your sleep? Windows 10 will now give you the option to switch on a blue light reduction mode that can be activated at scheduled times. This means you’ll be able to set your PC to tone down the harsh vibes after the sun sets to prevent your body from being fooled by the blue light of modern LCD screens.

Your photos are now searchable by time, date, location, people and objects. This is similar to how Microsoft’s OneDrive automatically tags images with objects it thinks it sees, and brings the same functionality over to the pictures stored on your device.

The Movies & TV app now supports picture-in-picture mode, which means you can have a small video playing on top of any other window. The app also now supports 360 videos natively.

This will please a lot of people. Microsoft has now made it possible to snooze an update for several days days, meaning you won’t get any more unexpected restarts when you walked away from your PC for a few minutes. That’s not to say you can just ignore them forever; you still need to be aware of when your PC will eventually restart, but it’s a big piece of progress for an operating system that’s had real problems with randomly restarting.

You can also set specific ‘active hours’ at which point your device will never reboot. This means you won’t be interrupted at all during the working day, for example.