Does your home suffer from Wi-Fi “notspots”? Most wireless routers provide a super-fast network connection at short range, but in other parts of the house you may find that performance falls off – or you might even get no connection at all. The solution could be to invest in a standalone Wi-Fi extender, or a more advanced mesh system might suit your needs better. To make the right choice, you need to know the strengths and weaknesses of each one, which is what we’re doing here with our Wi-Fi Extender vs Mesh guide.

What’s the difference between a Wi-Fi Extender and a wireless mesh system?

The simplest sort of extender is a wireless repeater. You plug this in somewhere between the router and the area that needs a signal boost, and it acts as a relay for your wireless network, rebroadcasting the signal and forwarding incoming connections back to the router. As far as your devices are concerned, it’s just like being connected directly to the router, only with a stronger connection.

There’s also a range of extenders on the market that use powerline networking to connect to your router over your home’s mains wiring, rather than through the air.

The third option is a mesh system. This comes as a kit of two or three stations (or “nodes” or “satellites”); the primary satellite normally replaces your existing router, while the others are situated around your home to help distribute the wireless signal. Behind the scenes, the satellites pass traffic between themselves wirelessly, similar to how a repeater works. Most mesh systems also allow you to connect one more satellite using an Ethernet cable, which can help deliver faster speeds while giving you more range, such as extending wireless to an outbuilding.

A repeater is a great option if you’re mostly happy with your existing network setup and don’t want to spend a lot of money. A decent model can be had for under £50, and many units use push-button WPS to connect to your router and replicate its network settings – so zero configuration is required.

Cheaper and older extenders may not offer this feature, and you may find that you have to configure them with a new network name and password that’s different from your old one. This means remembering which network to join and managing everything manually.

Repeaters do come with a few caveats, however. To work optimally, a repeater needs a strong connection to both your router and your connecting clients. Depending on the layout of your home, it may be difficult to find a location that suits.

Repeaters also tend to involve a performance compromise. Most models use a single 5GHz radio to handle both incoming connections from your devices and onward connections to your router. This effectively halves the available bandwidth, compared to connecting directly to the router.

Still, a good repeater can still provide speeds of 100Mbits/sec and up. And for higher speeds you can choose a tri-band repeater, which is pricier but provides a faster connection by using a pair of 5GHz radios.

Finally, remember that while a repeater may work as a seamless extension of your router, it’s actually a completely separate transmitter operating its own network. This can make managing your home network more complicated, as you have two different user interfaces to deal with, split across two different devices. 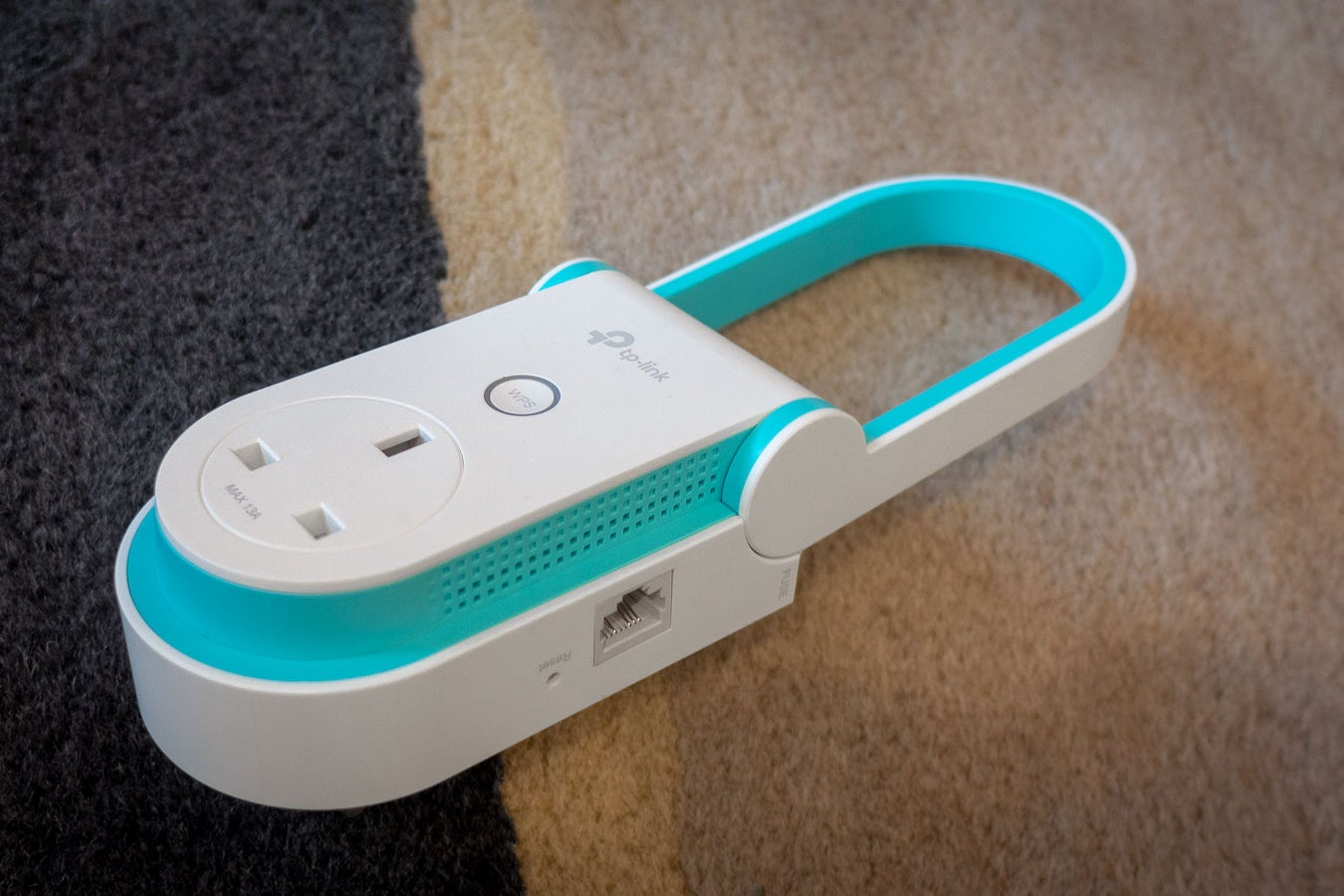 Powerline networking is a great option if you want to get a wireless signal to somewhere that’s beyond the reach of a repeater – perhaps through a thick stone wall, or into an outbuilding.

The catch here is that powerline performance is unpredictable. Manufacturers may advertise fast transfer speeds, but what you get in practice will depend on the state of your wiring, and will almost certainly be slower than what you’re used to with Wi-Fi.

It’s also worth noting that powerline connections only work within a single circuit: you can’t use them to connect separate buildings with their own breaker panels. Like repeaters, powerline extenders don’t actually integrate with your router, so they’ll need to be managed separately. Powerline extenders can also be quite costly, with high-end models going for well over £100 – although cheaper, slower options can be had for much lower prices. 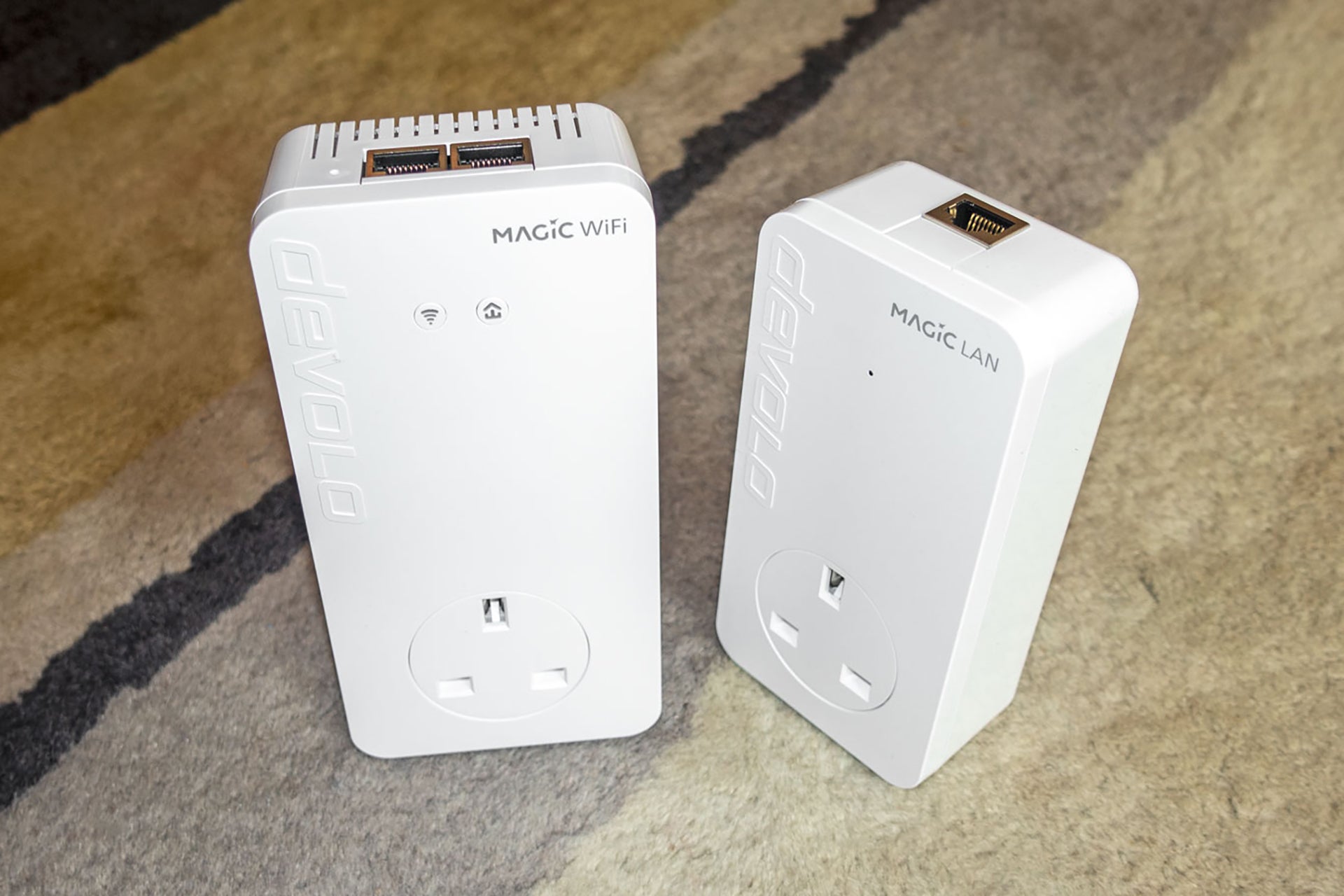 Mesh kits are the most expensive option. Almost all systems cost upwards of £100, and the good ones, such as the Orbi RBK50, cost at least twice that. And since the mesh will normally replace your existing router, you’ll have to reconfigure your network from scratch.

Mesh does have its attractions, though. Since a mesh works as a single network, it can be conveniently managed from a central app or web portal, and you can easily extend its reach by buying extra nodes. This also means that things like guest wireless networks are turned on across your entire network; with a separate router and extender, you’ll only get a guest network on one of the devices.

Performance tends to be another strength. The best mesh systems use a tri-band design with two 5GHz radios in each node, one for client connections and another dedicated to backhaul communications. This means performance isn’t cut in half like it is with a dual-band repeater.

However, these days there are numerous dual-band mesh kits on the market that make do with a single 5GHz radio, sacrificing top performance for a lower price. Even so, as mesh systems are built to work with multiple nodes, they do tend to be faster overall. 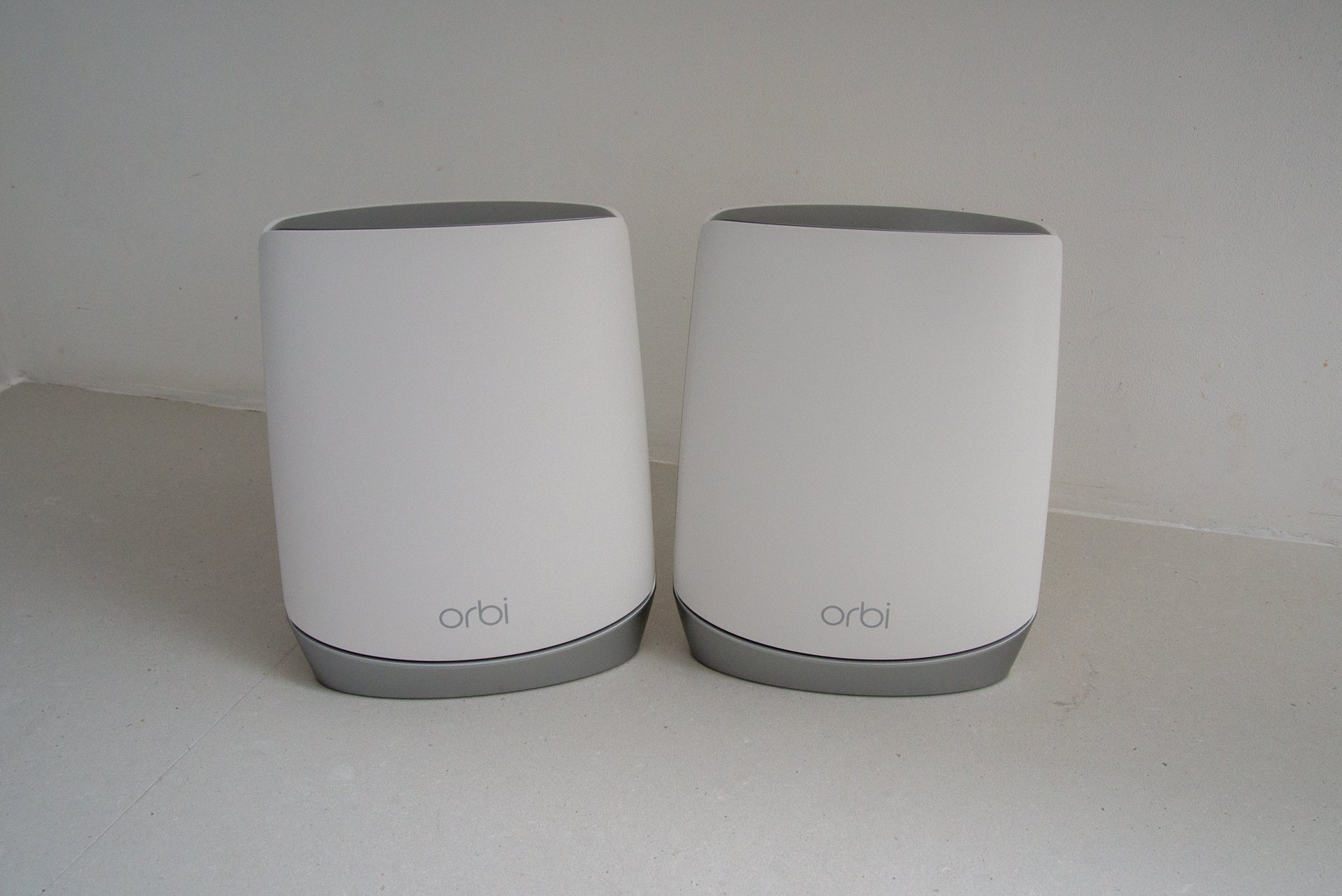 As well as Wi-Fi, most extenders and mesh systems offer at least one Ethernet socket. You can use this to plug in a wired device like a printer or a media streamer, or to provide a computer with the fastest possible connection. Don’t expect Gigabit speeds, though, as performance will still be limited by the speed of the wireless link back to the router (or the primary mesh node).

With a wireless repeater, it’s also often possible to use a cable to connect the Ethernet socket to the router, effectively turning your router into a wireless access point. This can yield a big performance boost, as the wired connection is sure to be faster than a wireless one, and on dual-band hardware it also allows the 5GHz radio to dedicate all of its bandwidth to client connections.

The same can be done with most mesh systems. If you run an Ethernet cable between any two nodes, they will automatically route their backhaul traffic over this wired backhaul connection rather than through the airwaves, allowing faster and more efficient communication.

Most extenders currently on the market use the 802.11ac standard, also known as Wi-Fi 5. This is more than fast enough to transmit 4K HDR video streams to the far reaches of your home – but the latest Wi-Fi 6 standard is even faster, and runs more smoothly when lots of devices want to access the network at once.

Many recent laptops and phones support Wi-Fi 6, so you might want to consider splashing out on a Wi-Fi 6 extender. If your router supports Wi-Fi 6 then this will allow all Wi-Fi 6-compatible devices on your network to communicate at top speed.

If your current router only supports Wi-Fi 5 then a Wi-Fi 6 extender will still work, and you’ll still get the benefits of a stronger signal. However, you won’t see the full performance benefits, as the repeater and router will only be able to communicate at Wi-Fi 5 speeds. Still, as and when you upgrade to a new router, your extender will be ready for the faster connection.

It’s also possible to use a repeater to add Wi-Fi 6 support to an older router. To do this, just connect the two units together via an Ethernet cable, then disable the wireless radio on the router. You’ll have to use the repeater’s management interface to configure your wireless network, separately from the main router functions, but this option could still be cheaper and more convenient than buying a whole new router. The Netgear Nighthawk AX8 WiFi 6 Mesh Extender (EAX80) is a good choice for this.

You can also choose from a growing number of Wi-Fi 6 mesh systems, such as the Netgear Orbi RBK852. This is hugely expensive, but with Wi-Fi 6 kit, it is super fast.

If your extender is broadcasting the same network name as your router then your devices will automatically connect to the new network when in range. Well,  mostly. Wi-Fi devices are largely programmed to hold onto a wireless signal even as it gets very weak. So, if you’ve got a phone and move around your home, you may find that your device won’t automatically move its wireless signal from the router to the extender or vice versa.

Some extenders do include seamless roaming, which forces your device to connect to the strongest signal, but many don’t. All mesh systems have this feature, so you don’t just benefit from a single network to manage, but you’ll always have the strongest signal.

If you’re using a Wi-Fi extender and are finding that your devices won’t roam properly, you may be able to increase the “roaming aggressiveness” of your device, to make it more eager to hop from one transmitter to another. The procedure for changing this setting depends on your particular hardware, but a quick web search should point you in the right direction.

Note that if your repeater is using a different network name to your router then your computer or phone won’t roam. It will doggedly stick with whichever network it’s currently connected to, unless the signal gets so weak that it loses the connection entirely and has to search for a different network.

There’s no neat solution to this, but you can always force your computer to rescan for networks by quickly toggling Wi-Fi off and on again. Depending on your network preferences, it should then reconnect to your preferred network, or to the one with the strongest signal.

Which should I buy?

Neither is the wrong choice, but the decision comes down to what you want to do. If you want the best performance, the least amount of hassle and the greatest range of features, buy a mesh system: you can find our top picks in our best wireless router guide. That’s not to say that Wi-Fi extenders aren’t any cop. If you’ve got one area or poor reception that you want to fix, and you don’t necessarily need the best performance, then an extender is a cheap way to get Wi-Fi where you need it. Our guide to the best Wi-Fi extenders has our current choices, including budget and high-end models.