OPINION: Nick Cowen explores why open world games won’t be able to tell a decent story until they embrace the necessity of a psychotic anti-hero

One of the most underrated games on the last generation of consoles is Prototype. It wasn’t particularly ground breaking in terms of its mechanics or setting. When it was released it was the second game in about a month in which players controlled a super-powered individual let loose in a dystopian open world (the other being Infamous). But what it dared to do with its protagonist went largely overlooked.

The anti-hero at the centre of Prototype was Alex Mercer, a shady individual who wakes up in a morgue with parts of his memory missing and the new-found ability to shape shift. As he scours the city in search of the people responsible for his condition, he develops new powers that allow him to transform his limbs into weapons, run up the sides of buildings and shoot spines from his body, impaling any enemy in his vicinity. He also unlocks the ability to assume the shape of anyone he kills and consumes. 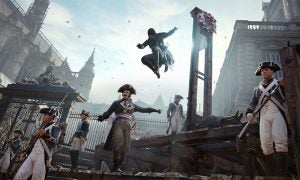 How to like a murderer: the Assassin’s Creed games star killers that it’s easy to root for.

That last aspect of Protoype pretty much dictated that the game’s character was a merciless thug. Alex Mercer was a psychopath and whether or not his mental state was because of the virus infecting him or whether he’d always been a nasty piece of work was never addressed. According to Alex’s world-view, everyone in his environment was either an asset to be used or an obstacle to be crushed.

In short, Alex viewed the world in exactly the same way as a gamer.

Open world games offer players a Bacchanalian level of freedom and this can often jar horribly with the story developers are trying to tell with them. In games like L.A. Noire or Sleeping Dogs, heroic protagonists can usually be seen doing horrendous things, simply because the player feels like it. They may be a force for good in terms of the narrative, but that doesn’t stop the player using them to mow down pedestrians with machine gun fire. 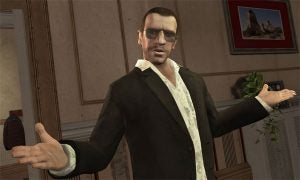 Niko Bellic’s fresh start in Liberty City was hampered a little by his chosen occupation.

Prototype differs in this regard. Since Mercer is an unrepentant killer, any activity the player takes part in dovetails succinctly with the character’s moral compass. In a way it makes Mercer one of the best protagonists in an open world game. The game’s story may be a little hokey, but any action the player takes won’t break the narrative as there’s never any instance in the plot in which Mercer appears as anything other than unsympathetic or deranged.

Mercer isn’t the first anti-hero to star in an open world game. The groundwork for characters as unlikeable as him was laid down in Grand Theft Auto 3 in which the protagonist, Claude Speed, silently took on any job, no matter how bloodthirsty, in order to take revenge on his former partner in crime. The most successful stories told in open world video games are those that revolve around characters who are given a license by the narrative to maim and kill at will: Crackdown, Prototype, GTA 3 and Watch Dogs all fall into this category. 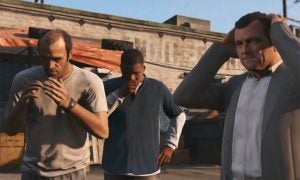 Not even pretending: All three characters in GTA V were sociopaths, and the game was better for it.

Interestingly, one open world franchise that has been able to navigate this morally murky terrain is Ubisoft’s Assassin’s Creed series, but then, the protagonists in those games are all trained killers.

Narrative concerns in an open world fall flat the moment developers try to make their protagonists sympathetic. In Red Dead Redemption, John Marsden was presented as a man who respected his loving wife so much, he’d turn down offers from prostitutes in every town he rode into. However, players received an achievement in the game for tying a woman to some tracks and allowing a train to run over her. In light of that activity, Marsden came across as rather uneven, to say the least.

In Grand Theft Auto 4, players were supposed to be on the side of Niko Bellic, an Eastern European who came to the USA and attempted to leave his bloody past behind. But Niko’s plans for a fresh start became impossible to invest in once he started taking work as a contract killer. 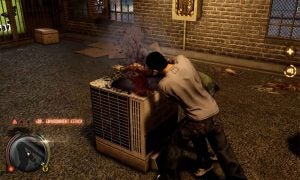 Sleeping Dogs: You play as an undercover cop who could mash enemy’s faces into fans. Seriously.

Niko’s moral see-sawing may have been the reason that Rockstar wisely chose to make the protagonists in Grand Theft Auto 5 three of the most loathsome individuals to ever grace a video game. Franklyn is a thug on the make, Michael is Anthony Soprano stuck in a never-ending episode of the Osbournes and Trevor… well, Trevor is essentially a nihilistic psychopath motivated by the basest of instincts. All of them are impossible to like.

I don’t point out the fact that GTA 5’s characters are so horrendous as a criticism, by the way. In fact, they’re key to why GTA 5 is a better game and Rockstar is able to tell a better story with it than its predecessor.

It’s a lesson other developers should take note of – a lesson, incidentally, that Radical Games, the developer behind Prototype didn’t learn as it tried to make the character at the centre of its sequel somewhat heroic. In the video game medium, power trips without consequences are a key draw. Heroics in this environment just get in the way.

Read our previous entry in the TrustedReviews weekly gaming column: Have fans and funds created a Ubisoft game template?