When the Apple Watch Series 4 arrived in September 2018, its killer feature was (potentially) saving your life – but soon you’ll be able to get an electrocardiogram reading from a wearable that costs less than half the price.

Like the Apple Watch, the Withings Move ECG lets you take an ECG (which can help spot serious heart conditions) by placing your fingers on its bezel for 20 seconds.

Except Withing’s health tracker will cost $130 (£102) when it goes on sale in the second half of 2019, compared to £399 for the Apple Watch. And that makes it something of a watershed wearable. 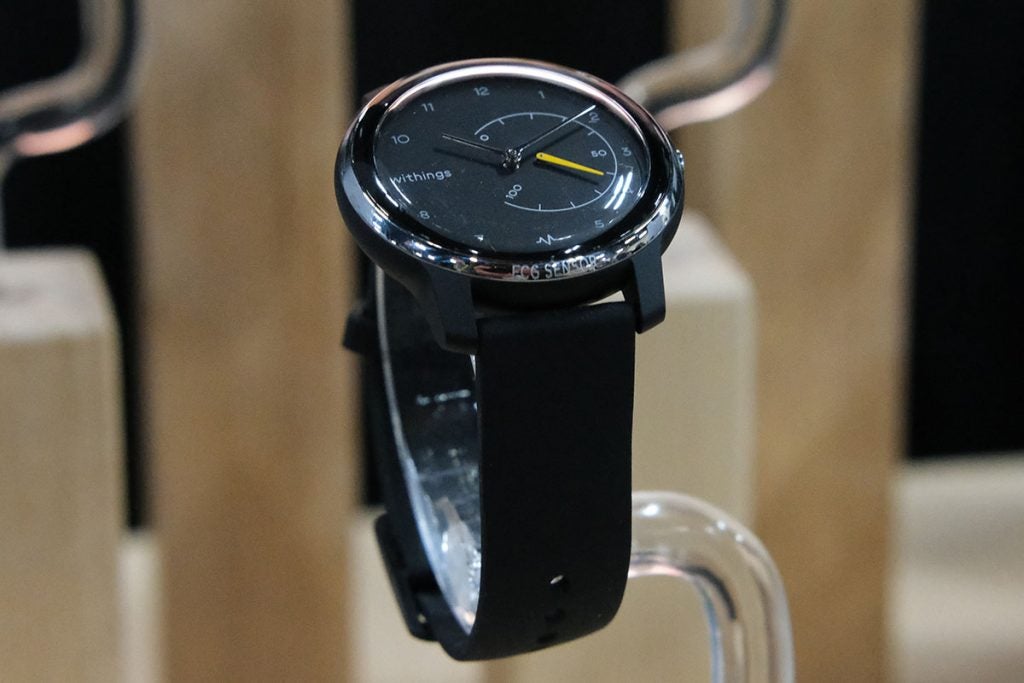 There are a couple of hurdles for the Move ECG to overcome before it goes on sale – namely, the FDA and CE, which respectively need to approve the feature for sale in the USA and Europe.

Withings told me that it expects this stamp of approval to arrive by around April 2019, but there is always the chance of delays. The Apple Watch’s ECG feature, for example, still isn’t available in the UK, with some reports claiming it could even take ‘years’ to be approved.

Smartwatch-based ECG readings aren’t without their critics either. Some medical professionals voiced concerns after the Apple Watch 4 launch that its comparatively simple readings (a normal ECG takes readings from ten different electrodes all over the body, rather than just from one one limb) are too simple to detect conditions like an impending heart attack and may unnecessarily send hordes of the ‘worried well’ to their doctors. 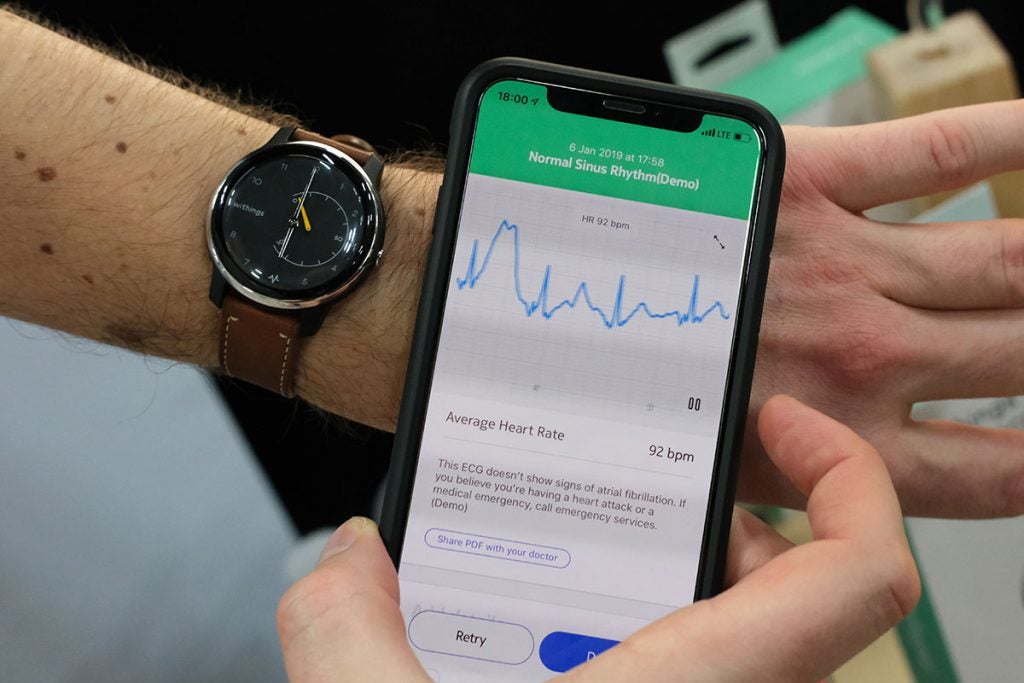 But like Apple’s smartwatch, the Withings Move ECG is focused more on detecting atrial fibrillation (or AFib), which is said to affect up to a million people in the UK and is responsible for around a third of strokes. Having that feature available on a $130 wearable is pretty incredible, not to mention potentially revolutionary when you consider possibility of aggregating user data.

When you take a reading on the Move ECG it’ll alert you if it thinks you need to consult a specialist. It also gives you the option of sending a PDF of the report to your doctor via email, text message or, if you’re on particularly informal terms with your quack, WhatsApp.

State of the heart

I think this all makes the Move ECG significant for a couple of reasons. Firstly, it shows that important health tech features aren’t just reserved for well-heeled tech fans who can afford premium wearables like the Apple Watch. Not everyone wants their watch to track their ticker’s health, but if you do, there’ll soon be a very affordable one that doesn’t talk exclusively to pricey iPhones. 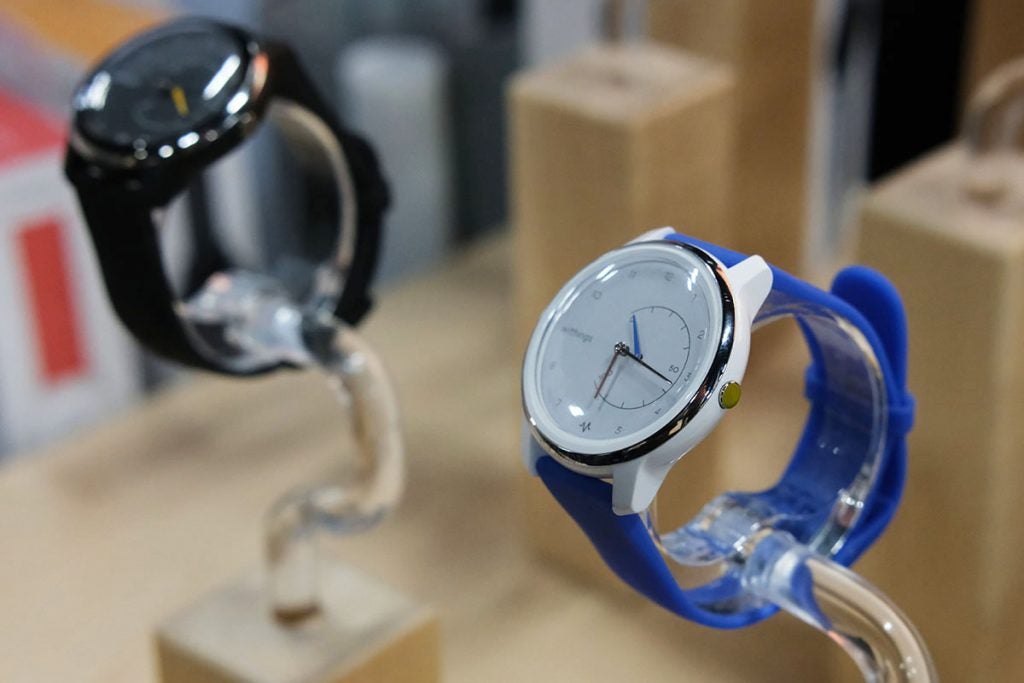 And secondly, it proves this kind of advanced health-tracking needn’t come at the expense of battery life. The Move ECG’s coin cell battery can keep going for 12 months without needing a recharge, even if you take a couple of ECG readings a day. We’re now at the point where smartwatches can look and act like their analogue forebears, while secretly doing some pretty incredible health-tracking on the side.

Of course, the Withings Move ECG isn’t without its limitations. For a start, it doesn’t offer optical heart-rate tracking for runners or those who like to use heart-rate training zones. You also obviously don’t get the Apple Watch’s wealth of third-party apps or notifications. 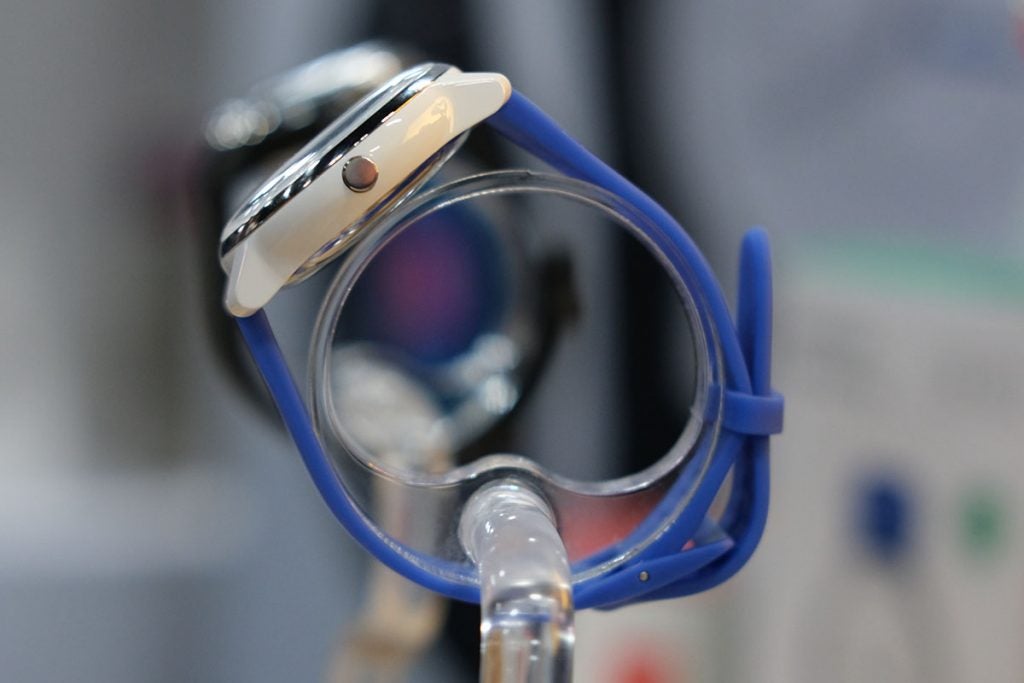 But it is a kind of next-gen fitness tracker, with these heart monitoring features coming alongside sleep tracking, exercise logging (with automatic recognition of walking, running and swimming) and 50-metre waterproofing. After seeing the Move ECG in the flesh at CES 2019, I was impressed with its design (there are two colour options, black and blue-and-white) and how thin it is too.

Let’s just hope that CE approval clearance comes as quickly as Withings seems to think it will, otherwise it might again just be US-based hearts that get the latest health-tracking features.

What do you think, are you excited about the prospect of a $130 analogue watch that can monitor your heart? let us know on Twitter @TrustedReviews.