Intense group chat activity can have WhatsApp users rushing to the mute button. Thankfully, it seems the Facebook-owned group is going to make it easier to quieten the din.

The company is apparently planning to make this easier with a new Mute button and a Mark as Read button. The new options are appearing within the latest WhatsApp beta for Android.

The Mute button will now appear within the notifications alongside the “Reply To” button when you have more than 51 messages from a single contact or group. This means you won’t have to dig through the settings to help the influx of messages.

It makes sense if you’re busy, because if you pick up the phone in order to browse to the mute setting you’re probably going to end up reading and replying to the messages anyway. 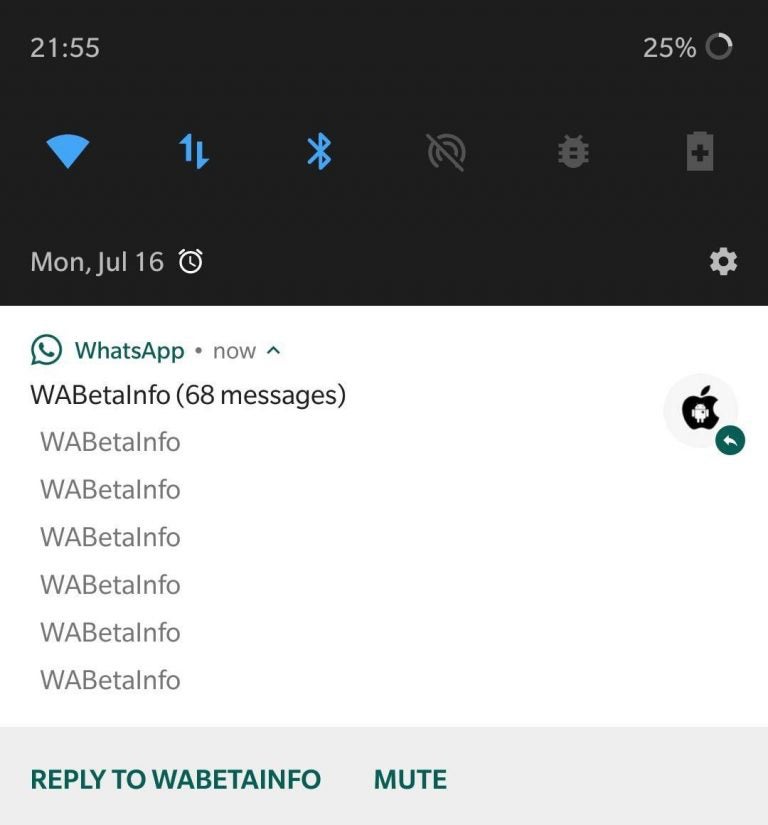 If there are less than 51 messages you’ll have the option to Mark As Read, WABetaInfo reports. This is a feature Android fans will know from the default Messages app (via XDA Developers).

There’s no news yet on whether iOS users will be able to access this feature, but if the WhatsApp rolls this feature out into the main app it’s likely some approximation will launch on iPhone too. The feature is available for WhatsApp beta 2.18.216 on the Google Play Beta Program, which anyone can sign up for and test the new features.

Elsewhere, the company is bringing group video chats to users and is already making it easier for users to keep track of their groups. The most handy feature is the new ‘group catch up’ tool, which will help users stay abreast with their groups, while they’re away.

WhatsApp explains: “When you’ve been away from a group chat, quickly catch up on messages that mention or reply to you by tapping on a new @ button that appears at the bottom right corner of the chat.”

Do you struggle with notifications from your WhatsApp Groups? Are you excited to hear about a new easy-to-reach mute button? Let us know @TrustedReviews on Twitter.