The simple answer is setting your central heating to a temperature of around 70C and your hot water to 60C is the right answer, but why, you might ask? It all comes down to the way that condensing boilers work.

With a traditional boiler, fuel is burned to heat your water but a large portion of this is lost out of the flue. With a condensing boiler, there’s a secondary heat exchanger, which is designed to recycle some of this heat, boosting efficiency.

Using a boiler for your central heating, you have two pipes, the flow and the return. The flow is the pipe heading out of the boiler, which is used to heat your radiators. The flow pipe has passed through the boiler’s main heat exchanger and is heated via the burning of fuel. This is effectively the same for all boiler types.

The return pipe is the pipe that comes back in from your radiators. This water will be warm but not as hot as the flow, as some heat is released into your rooms, via radiators, to heat them. In a condensing boiler, the return pipe enters a secondary heat exchanger, which has the job of capturing heat from the waste gasses in the flue.

The process of doing this condenses water vapour in the exhaust gasses, recovering some of the heat that would have otherwise have been wasted out the top of the flue. This condensate, which is slightly acidic, is taken from the boiler via a condensate pipe. Ideally, this should be internally led to a drain; where condensate pipes are led outside, there’s a danger of freezing in cold weather. 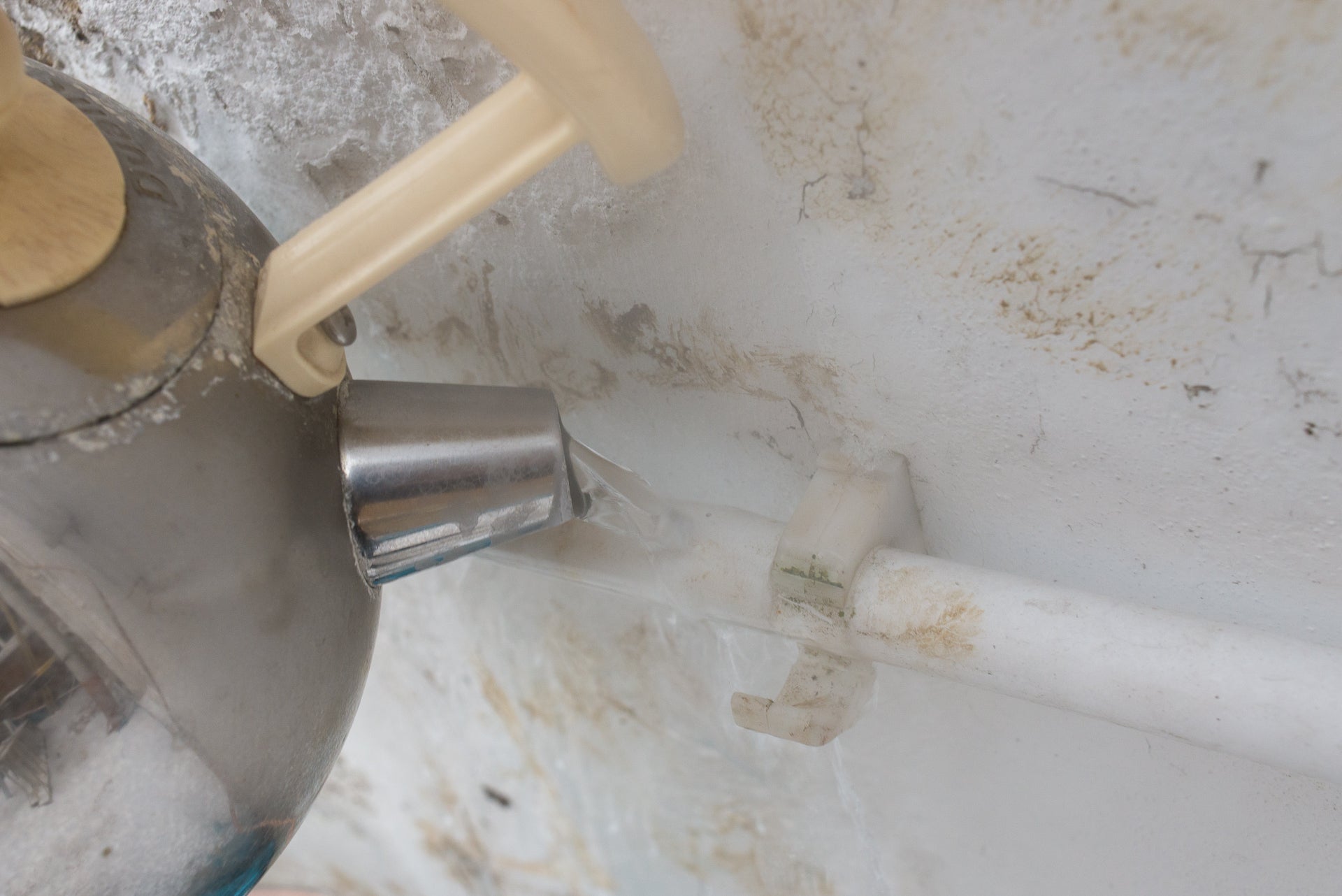 See: How to fix a frozen boiler condensate pipe

For the condensing boiler to operate at maximum efficiency, the secondary heat exchanger’s surface needs to be equal to or below the dew point temperature of the fuel used. This is the temperature at which water droplets form. For natural gas boilers, the dew point is around 55C. In other words, the water in the return pipe needs to be 55C or lower or your boiler will not operate at maximum efficiency and potentially will not even condense.

Turning down the temperature on your boiler can help increase its efficiency. Most modern boilers will have a mark on the screen that shows you the point at which condensing mode will be turned on. On my Ideal Logic+ C30, there’s an ‘E’ icon on the central heating dial, which is 68C. 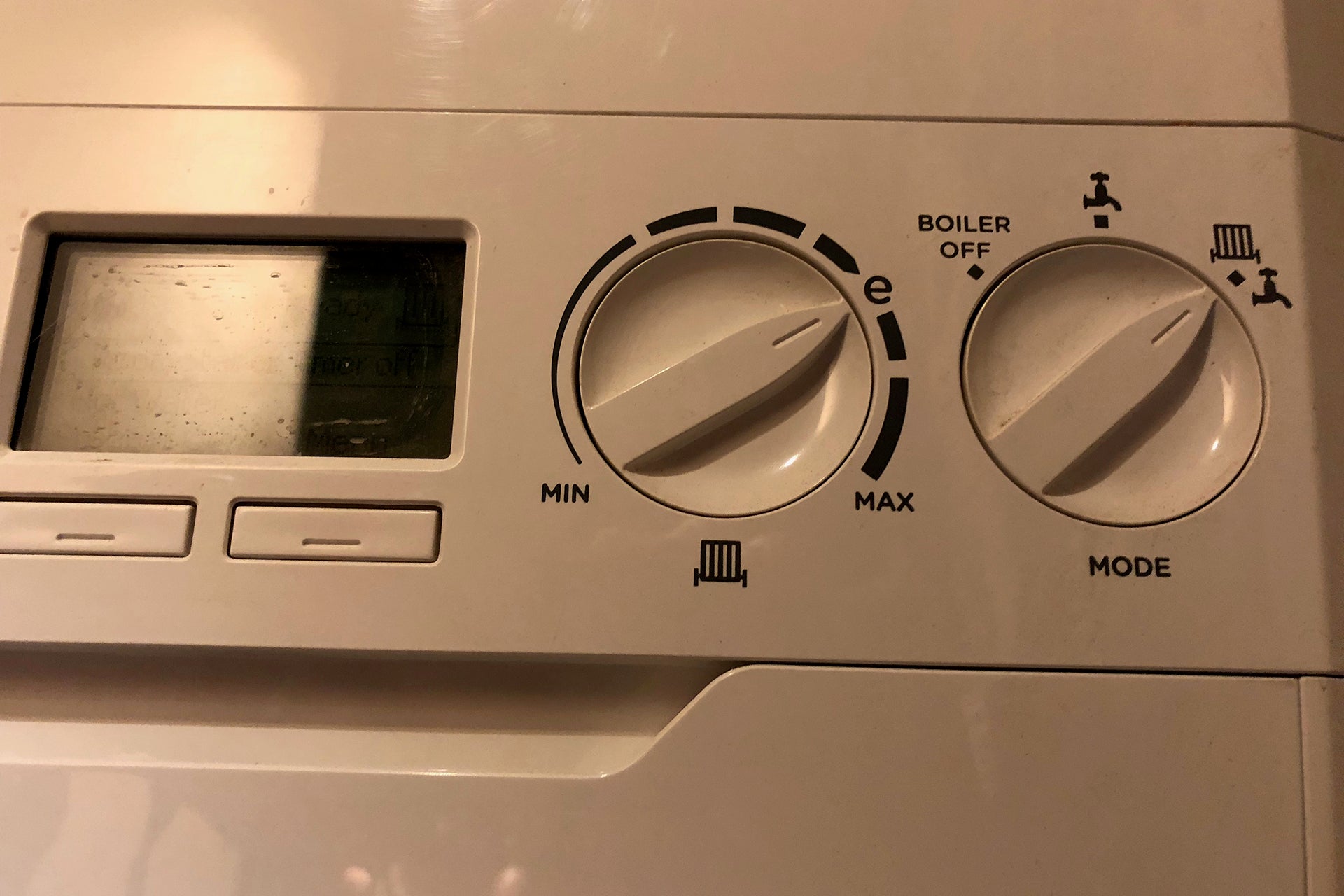 There are factors that will affect this. For example, if you have smart heating with individual radiator valves, such as with the Honeywell Evohome, the return temperature can change. For example, if you’re heating the entire house, with all valves open, you’ll get a cooler return. If you’ve only got one radiator valve open, the return will be warmer.

However, the benefit of only heating a single room will mean that your boiler will shut down sooner, so the overall energy savings will be higher. For the best energy savings, a thermostat and boiler that can use OpenTherm will work best, as this lets the thermostat adjust (modulate) the water temperature for the best results. You can also follow our guide on saving money with smart heating.

For comfort, it may seem that ignoring all of this advice at whacking your boiler up to the maximum temperature might be the right thing to do, as your radiators will get hotter and your rooms will get warmer faster. However, it’s often more efficient to more slowly raise the temperature of your home by running your radiators at a cooler temperature, taking advantage of the cost savings through condensing.

There’s also a myth going around that it’s best to leave your heating on permanently to keep your house up to temperature, as this is cheaper than cooling your home down and then reheating when you’re in. This is not true and you’ll save far more money by efficiently heating your home when you need it and having the heating off when you don’t.

What about hot water to the tap?

For a combi boiler, water is heated on demand and there’s a very small water tank. As such, there’s very little likelihood of legionella bacteria developing, so it’s possible to go a bit cooler if you prefer. However, for general safety, the recommendation is that you go for a minimum of 60C in order to kill bacteria.