Intel arguably saw mixed results in 2020. Its launch of Tiger Lake mobile processors pushed the performance of  ultrabooks to new all-new heights, but the company also saw Apple ditch its processors in favour of Arm-based chips.

Intel also revealed that its 7nm chips had been delayed to 2022, dealing a hammer blow in its competition with AMD. But to say Intel is a company in decline would be very far from the truth. There’s plenty to be excited about for Team Blue, both in the long-term and immediate future.

So how is Intel’s roadmap shaping up for 2021? We’ve assembled a list of the most exciting Intel announcements that could take place next year, so without further ado, here’s what we think you should expect. 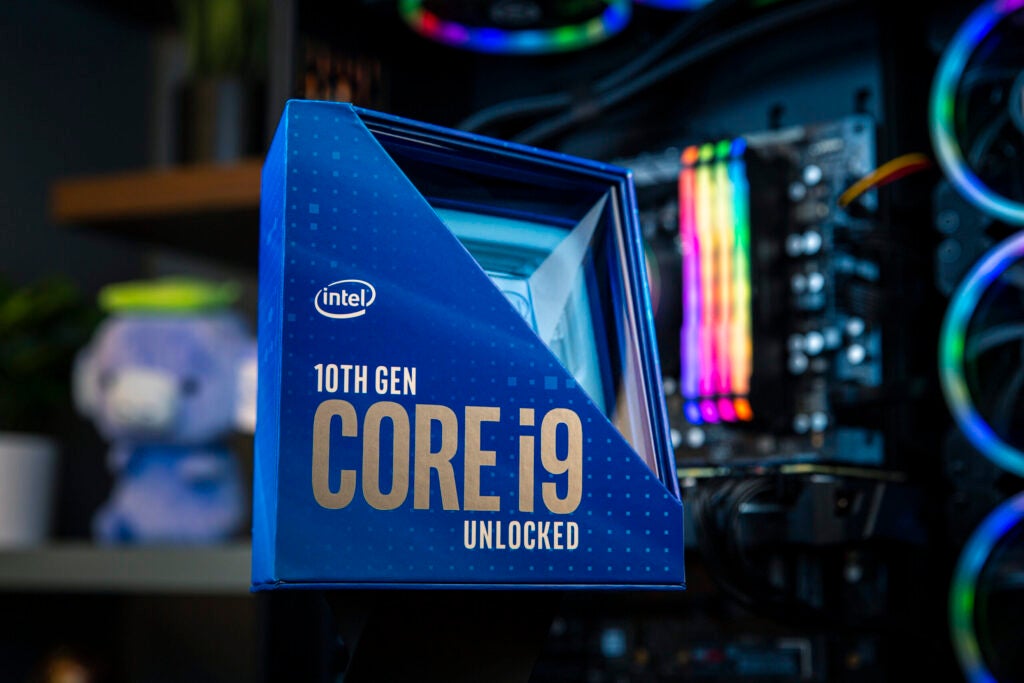 Intel Rocket Lake could give desktops a boost

The most obvious announcement expected from Intel in 2021 is the arrival of the Rocket Lake desktop processors. Rocket Lake will be Intel’s 11th Generation Core processors of the x86 chip family. The upcoming chips are expected to use a new architecture that’s a blend of Sunny Cove (Ice Lake) & Willow Cove (Tiger Lake) architecture, using a 14nm process.

AMD has raised the performance bar of desktop processors with the Ryzen 5000 series, so it will be very interesting indeed to see Intel’s response. Rumours suggest Intel’s new processor family will be capped at 8 cores and 16 threads, but IPC improvements will potentially result in a 25% performance boost.

All we know for sure is that Intel will be doing everything it can to usurp the AMD Ryzen 9 5900X as the go-to chip for gaming. Intel has suggested these processors should arrive in Q1 2021, so the launch is very close now.

Intel Alder Lake could be the dark horse of the year

Intel is looking to release another generation of desktop chips called ‘Alder Lake’ in the second half of 2021. This will mark the 12th generation of Intel Core processors, although Alder Lake will be based on a hybrid architecture as Intel looks to combine big performance cores with smaller high-efficiency cores in a similar vein to Arm-based processors.

Intel dabbled with hybrid processors via its mobile Lakefield chips, which powered the likes of the Samsung Galaxy Book S. While a hybrid processor of this sort makes a lot on sense in a laptop, it’s admittedly peculiar to see one arriving in desktop form.

However, Raja M. Koduri, Intel’s senior vice president, chief architect and general manager of its Architecture, Graphics, and Software divisions has said (via Forbes) that Alder Lake represents “the biggest architecture movement since the Core architecture in 2006.” That’s a very bold claim, and one that ramps up the hype levels for this upcoming processor family. Intel Tiger Lake (aka 11th Generation Intel Core mobile processors) was one of Intel’s biggest success stories of 2020, giving laptops a big performance jump while also packing respectable graphics power inside slim and lightweight portables. However, high-performance machines such as gaming laptops have missed out on the generational leap thus far, with Intel yet to launch its 11th gen H-Series processors.

That should change in early 2021 though, with Intel expected to launch the Tiger Lake H-Series chips in the coming months. This should give any laptop prioritising content creation and gaming workloads a major performance boost. Popular laptops such as the Razer Blade 15 and Dell XPS 15 are expected to benefit from the upcoming upgrade.

Intel is under the microscope even more so than previous years following Apple’s move to Arm-based processors. The MacBook Pro 2021 is expected to offer both Intel and Apple Silicon processor options, so it will be very interesting indeed to see how the different chips compare. Can Intel embarrass Apple with a knockout performance? We’ll have to wait and see.

The Intel ”Xe HPG’ graphics card is expected to launch in 2021, with Intel taking its first strides in challenging the likes of AMD and Nvidia. We’re not expecting Intel to compete with the Radeon RX 6000 or Nvidia 30-Series cards anytime soon, but Xe may well be capable of making a dent in the entry-level segment.

Regardless of the performance capabilities of Xe HPG, it’s very exciting to see Intel enter a new market and add increased competition to a contest that has traditionally been a two-horse race.