With home automation steadily working its way towards becoming the hot thing that everyone predicted it would be, there are a number of connection standards being thrown around. One of the best established is ZigBee.

So what exactly is ZigBee, and how might it affect you?

Let’s give the first attempt at an explanation over to ZigBee itself, which describes itself quite succinctly as “the wireless language that everyday devices use to connect to one another.”

Of course, there are lots of wireless languages out there for this sort of thing (such as Thread, BLE, and Z-Wave), but we’ll forgive the company a little exaggeration and self-promotion here.

It’s easy to see why ZigBee might feel a certain sense of entitlement, though. The IEEE 802.15.4–2003 network standard that ZigBee operates on was established way back in December 2004, and ZigBee Specification 1.0 was rolled out six months later.

So the ZigBee language has been around for quite a while – well before the current explosion in interest for smart home technology, in fact. As such, ZigBee used to be targeted primarily at business usage.

Of course, in recent years it’s come into play within the burgeoning smart home market. 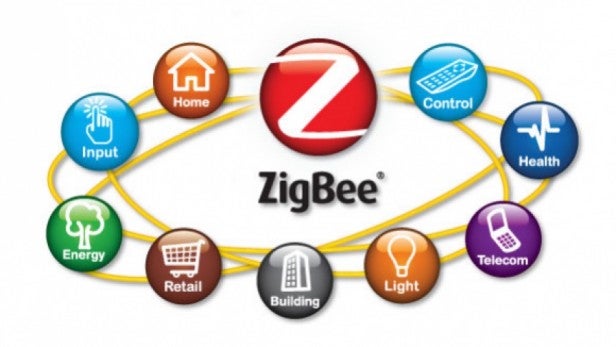 ZigBee is used to create small, low-power personal area networks made up of all manner of household items, such as wireless light switches, smoke and intruder alarms, thermostats, and electrical meters.

Its maximum speed of 250 Kbps at 2.4 GHz makes it slower than other popular wireless standards like Wi-Fi and Bluetooth, but speed isn’t really the point here. ZigBee is designed to carry small packets of data at relatively infrequent intervals – perfect for monitoring the general status of your house, be it temperature, security, air quality, or anything similar.

Because of its low power status, ZigBee is easy on batteries, meaning that devices can last years on a single set.

Another by-product of this inherently low-power network standard is that ZigBee products tend to have a short broadcast range – typically between 10 and 50 metres – and this signal is easily affected by obstructions and environmental variances.

However, the beauty of ZigBee devices is that they can operate as part of a mesh network, using each other to relay their signals over distance. It also means that a single device malfunction won’t upset the network as a whole.

This is true regardless of the device type or brand. The ZigBee logo is an assurance that the device sporting it will slot into that ecosystem seamlessly, with no compatibility issues.

Of course, ZigBee also allows you to communicate with its devices and tell them what to do -– hence opening it up to complete control from your smartphone. 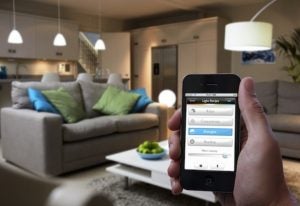 Where you can find ZigBee

As per its open standard status and inherently unassuming nature, ZigBee is employed in a number of low power smarthome devices that you probably weren’t even aware of.

For example, the Philips Hue smart lightbulbs (pictured above) that Apple sells in its shops communicate with each other via ZigBee.

Other products to use it include the Belkin WeMo range and the Logitech Harmony Hub Extender, to name just two of many.

Related: WiFi vs ZigBee vs Z-Wave vs Bluetooth

The latest version of the ZigBee standard is ZigBee 3.0, which was announced back in November. It should be finalised by the end of 2015.

ZigBee 3.0 is most notable for bringing together all of the various ZigBee environments into a single unified standard.

As we’ve noted above, ZigBee has moved from industrial and business use into the home automation field over the years, which has led to a number of separate strands to the service. ZigBee 3.0 pulls all of these various applications under the same umbrella.

It will mean that there no longer needs to be a bridge device mediating between different sets of ZigBee-enabled devices – they will all be able to communicate directly, regardless of type.

Related: Smart Thermostats in the UK: Nest and its rivals compared

This will be an important move for the ZigBee standard, considering that the whole point of it (and the wider ‘Internet of Things’) is the ability for multiple device types to talk to one another.

ZigBee may not be the sexiest component of modern home automation, but along with rival offerings it forms the vital binding agent that allows various disparate components to communicate. Without this kind of simple “wireless language,” well, our smart homes simply wouldn’t be as smart.