What is RAM? We explain all there is to know about the wonders of Random Access Memory.

RAM stands for random-access memory, and is often referred to simply as ‘memory’. RAM is where the data that your computer is currently working on is stored.

There’s often some confusion between a computer’s RAM and its storage space, or disk space, both of which are measured in gigabytes (GB). Manufacturers may list a computer as having “4GB RAM” and a “500GB disk” or simply say “4 gig laptop”, leaving you with no idea what they’re on about.

The 500GB disk is where your data is stored permanently: your programs and all your personal files, such as documents, images or music. Think of it as a drawer in your desk.

The RAM is more like the desk itself. When using a desk, you might retrieve something from a drawer, like a notebook, keep it on the desk while you write in it, then put it back in the drawer. Likewise, a computer will load a file from its storage disk into its RAM and keep it here while it’s being used. When you close the file, it will be deleted from the RAM, and any changes you made will be lost unless you tell the computer to save it permanently to your storage disk.

This is an important distinction between RAM and disk storage: RAM is much, much faster, but can only store information while a computer is turned on. Storage devices (SSDs and hard disks) keep the data as good as permanently, barring any hardware failures.

There is also significantly less space in RAM than in permanent storage. In the example above, there’s 4GB of space in the computer’s RAM and 500GB on the hard disk. RAM is designed to have information swapped in and out of it as needed, rather than sit there long-term, so this space disparity makes sense. RAM is also far, far more expensive per gigabyte than a storage disk. 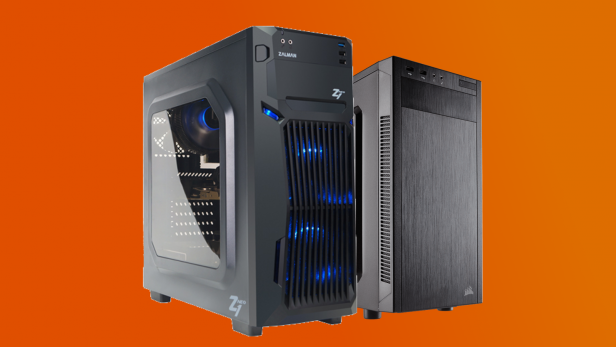 You will hear all kinds of terms for different types of RAM bandied about. Examples include DRAM, SDRAM, DIMM, SO-DIMM and VRAM, as well as terms such as DDR3 and GDDR5.

DIMM describes the physical format of the RAM: Dual In-line Memory Module, so a circuit board with memory chips on either side.

The ‘SO‘ in ‘SO-DIMM’ stands for Small Outline – these are smaller RAM sticks for use in laptops and compact PCs.

VRAM stands for Video RAM, and is actually obsolete as a technology. However, the term is commonly used to refer to the memory dedicated to a computer’s graphics (display) chipset – more on that below in our section on GDDR.

All modern RAM has the prefix DDR, which stands for double-data-rate. This type of RAM came out in the year 2000, and was so named as it could read and write data at almost twice the speed of previous RAM types.

DDR was superseded by DDR2, DDR3 and now DDR4, with each generation running faster and faster. The memory types are not compatible with each other; a DDR4 module won’t physically fit in a DDR3 board, let alone work. Some motherboards do allow for both DDR3 and 4, although not at the same time.

Finally, GDDR RAM is a type of DDR RAM that is designed specifically to work with a computer’s graphics card. Not all computers will have GDDR memory; if your computer uses its CPU’s on-board graphics, it will simply store graphics information in your main system RAM. However, if your computer has a dedicated graphics chipset, which is common on more powerful models designed for playing games, the chipset will use this special RAM type. GDDR5, GDDR5X, and HBM (high-bandwidth memory) are the three main types of graphics memory in use on the latest graphics cards.

We’ve already talked about the different types of RAM available, from DDR all the way to the latest DDR4. Broadly speaking, each generation is faster than the last, but different modules within the same generation are also rated for different speeds. It’s measured in megahurtz (MHz).

Bear in mind the quoted figure is the maximum speed the RAM will support, and it will normally be quite capable of running more slowly to match the speed your computer’s motherboard supports. Check your motherboard’s manual to see what RAM speeds it can cope with, or just make sure the RAM you buy matches the speed of any RAM already in your computer: after all, there’s no point buying fancy fast RAM if you’re not going to run it at its rated maximum.

How much RAM do I need?

Just as it’s possible to entirely fill up a computer’s storage disk, it’s also possible to fill up its RAM. A web browser with 10 tabs open will eat up a gigabyte (1GB) of available RAM on its own. When this happens, your computer won’t stop working: it will just slow down. This is because it will start to use your storage disk as so-called ‘virtual memory’ – reading and writing to it instead of your RAM. Back to the desk metaphor – imagine the desk is full and you’re having to store notes you’re working on right now in the drawer; it will make your work much slower.

This slows your computer down, as storage disks are substantially slower than RAM when reading and writing data. 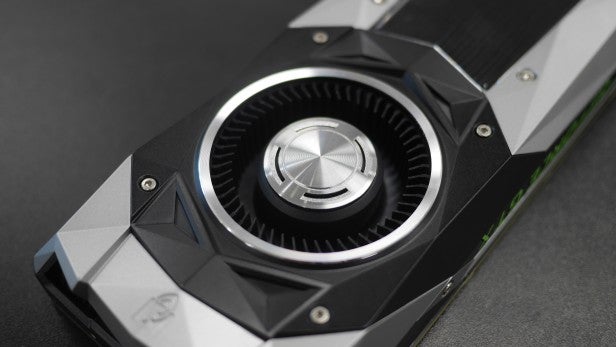 To avoid your computer slowing to a crawl, make sure you have enough RAM – 8GB will be enough for most people, although if you edit videos you’ll benefit from 16 or even 32GB. However, in all desktop computers, and many laptops, RAM is easy to upgrade. We will discuss this further in a future article.

It’s not only computers that suffer from not having enough RAM; minimal memory can also cripple your smartphone, slowing down the operating system and making it take an age to switch apps. What’s more, it’s not possible to upgrade a phone’s RAM, so if it’s not up to the job there’s not much you can do. See our smartphone RAM feature for more details.

How much graphics memory do I need?

This is a trickier question to answer, and is only really relevant if you’re buying a desktop PC with a dedicated graphics card, or want to buy such a card to upgrade your current PC.

Most of the time, the speed of a graphics card’s main chip, or GPU, is more important than the amount of memory it has. A graphics card’s on-board memory is used to store graphics data which is then accessed directly by the GPU. When this memory is full up, the graphics card has to swap data with the computer’s main memory, which is slower than accessing the memory built into the card itself.

Memory only really becomes an issue when dealing with very high resolutions (such as 3840 x 2160 or 3440 x 1440 pixels), high detail levels or image quality-improving technology such as anti-aliasing. These memory-hungry graphical options are normally only viable on high-end graphics cards. Manufacturers know this, and generally fit more powerful cards with larger amounts of memory.

However, sometimes graphics cards with the same GPU will be available with different amounts of memory. For example, the AMD Radeon RX 480 is available in both 4GB and 8GB versions, with the 4GB edition around £50 cheaper. Essentially, there’s little difference between the cards at normal resolutions such as 1920 x 1080, but if you’re planning on using a very-high-resolution monitor, the extra memory might give you a small performance improvement.

Let us know your thoughts in the comments below.