Apple has announced Podcasts Subscriptions, a new paid platform that will offer listeners ad-free, early access and bonus content for their favourite shows. Here’s the low-down.

The new Podcasts Subscriptions was announced at the Spring Loaded event alongside the Apple TV 4K 2021, iMac 2021 and iPad Pro 2021. The service will be going live in May and will be available to individual content providers. Subscriptions will enable producers and hosts to bring in a different source of revenue beyond advertising.

As well as the prospect of early access, ad-free listing and bonus episodes, Apple boss Tim Cook says there will be “additional benefits,” such as the ability for listeners to support their favourite podcasts. Details are still emerging.

The announcement comes as part of a newly revamped Apple Podcasts app that will launch in the forthcoming iOS 14.5 and iPadOS 14.5 update. We’ve got full details on Apple Podcasts Subscriptions and the new app below…

Apple Podcasts Subscriptions – How does it work?

The new Apple Podcasts Subscriptions will enable individual podcasters to sell subs to their programming, rather being an all-you-can-eat buffet service incorporating everything on the Podcasts app.

Larger podcast networks will group together content, but listeners will be able to subscribe to individual pods. We’d expect Apple to take a 30% cut of any revenue brought in, but details are still to be confirmed.

So far, Apple has announced content from Tenderfoot TV, Pushkin Industries, Radiotopia from PRX, and QCODE, NPR, the Los Angeles Times, The Athletic, Sony Music Entertainment. Many more will join the fray in the coming months, Apple says.

How much are Apple Podcasts Subscriptions?

From the screenshots published by Apple in a press release and showcased during the Spring Forward event, users will be able to access free trials for some subscriptions before the payments kick in. A screenshot for the Luminary podcast network advertises $5.99 a month, but annual subs will also be available.

Rather than being standardised, prices and trial periods will follow the App Store model. Producers will be able to offer them, or not. They’ll also be able to set their own prices.

In the fine print, Apple says: “Pricing for each subscription is set by creators and billed monthly by default. Creators can additionally offer annual billing, which subscribers can manage from their Apple ID account settings, now accessible from Listen Now. Listeners will also be able to access free trials and sample episodes offered by creators.”

As well as Apple Podcasts Subscriptions, the company announced a new Apple Podcasts app that will roll out with the forthcoming iOS 14.5 operating system update.

The subscriptions will be available as part of “the biggest change to Apple Podcasts since its debut,” but the company has more in store. One of the new features is the Channels section, which Apple says is “groups of shows curated by creators with unique titles, descriptions and artwork.” 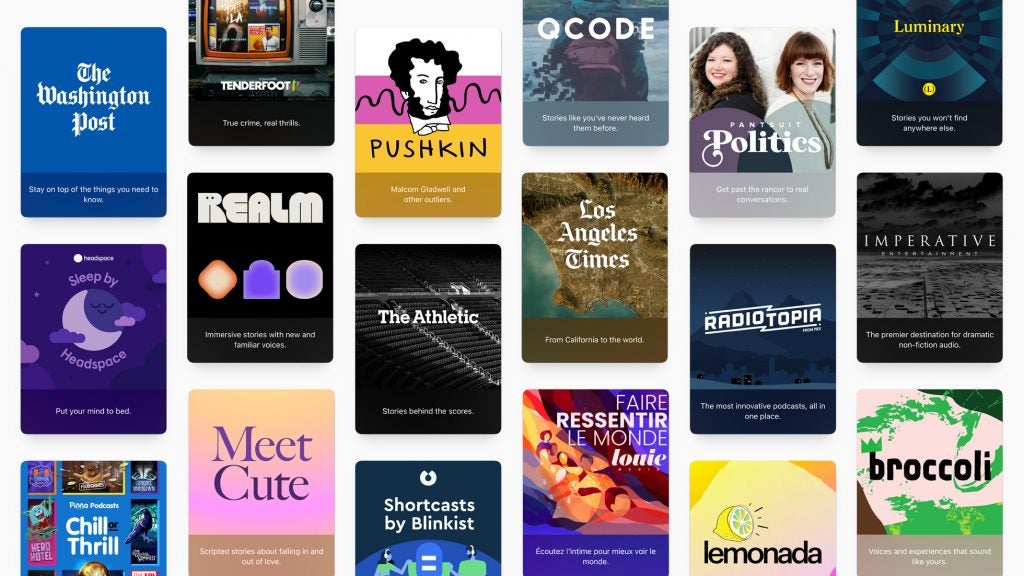 Apple says the section will offer free channels, paid channels and freemium channels. They’ll come from content providers such as The Washington Post, Headspace, The Athletic, Pushkin and many more.

The new app will also feature enhanced Search, with quick access to Top Charts and categories at the foot of the app. Shows have new pages with better artwork, the firm says.

Apple says it will also find it easier to follow, listen and share. The company adds: “The new Smart Play button helps listeners automatically start episodic shows from the latest episode and serialised shows from the beginning of each series,” the company adds. “Listeners can also now save individual episodes, which are downloaded for offline playback, making it easy to bookmark podcasts to listen to later from Library.”