Apple has announced the new HomePod Mini smart speaker and it’s a much more enticing proposition than the original.

One of the key new features is Intercom, which promises to enhance voice communication in and out of the home.

Intercom is similar to the ‘Drop In’ feature on Alexa-enabled speakers like the Amazon Echo range and Google Assistant’s Broadcast. It enables families to communicate via voice messages. Using Siri, an Intercom message can be relayed to other HomePod speakers in other rooms, and even vehicles compatible with CarPlay.

Apple used the example of a man informing the family he was bringing pizza home, from his car. His AirPods-wearing hungry daughter receives the message and sends one in return. It’s compatible with HomePod, iPhone, iPad, Apple Watch and AirPods. The latter could be useful if you’re struggling to get through to the kids!

How does Intercom work?

Apple says all messages sent from one HomePod to another, using the built in microphones, will automatically play on another in a different room, a different zone in the house, or all speakers throughout the home. Apple says that users will need to specify where they want the intercom message delivered.

So, if Little Johnny won’t come down for dinner because he’s playing Xbox Series X, you can send a message to his HomePod informing him the console will be confiscated unless he gets his little ass downstairs this instant. 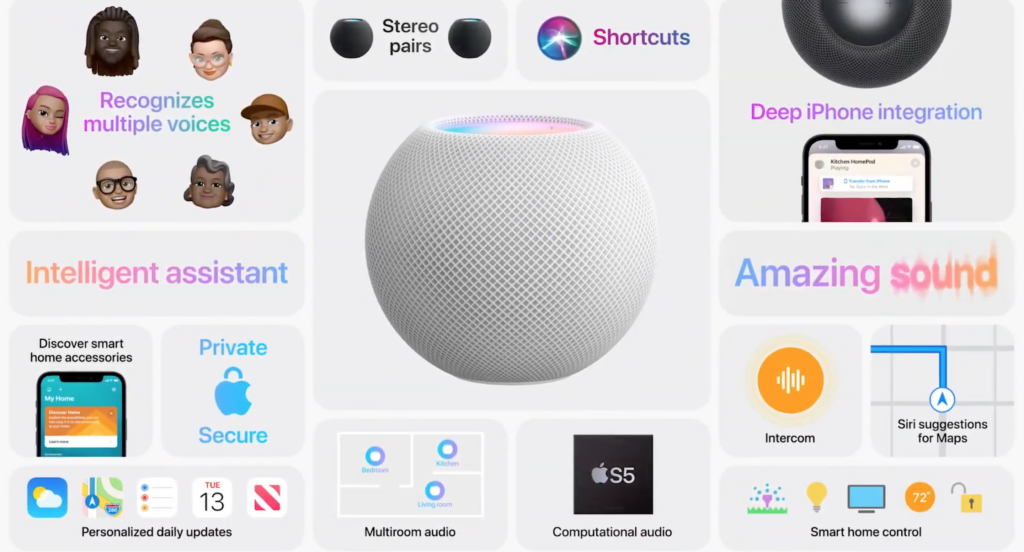 For messages sent to devices outside the HomePod ecosystem, Intercom messages will be delivered as notifications. Apple says iPhone, iPad, Apple Watch, AirPods and CarPlay functionality means everyone in the family can send or receive the intercom messages wherever they are.

It appears that notifications sent from an iOS device, for instance, will still be played automatically on HomePod speakers in the home. It’s not even clear whether a HomePod Mini is required at all to use this feature.

Is Intercom coming to the original HomePod?

Apple didn’t say specify which of the new features will be arriving on the first generation HomePod speakers. However, we’d certainly be very surprised if Intercom wasn’t provided in a forthcoming update.