UK General Election Result 2017: What is a hung parliament?

The votes have been counted and the result is a sensational one, with the 2017 UK General Election resulting in a hung parliament. But what exactly is that and what happens now? After one of the most dramatic elections in recent memory, our guide explains what happens next, after Theresa May’s Tories suffered shocking losses to Jeremy Corbyn’s revitalised Labour party but still managed to form a government by aligning with Northern Ireland’s DUP.

The UK went to the polls on June 8 to vote for the party they hope will make up the next government. Except, no party secured an outright majority, meaning Westminster will have its third hung parliament since 1974.

But what does that actually mean?

Put simply, a hung parliament is when no single party wins enough seats to form a majority government.

The threshold is securing 326 of the 650 available seats in the House of Commons, and while the Tories will come close to this figure, they won’t exceed it, having lost more than 30 seats to Labour in the general election.

Things could have played out in a couple of ways as a result, but we now know that the Tories will be able to form a government, after Northern Ireland’s DUP agreed to make up the numbers. 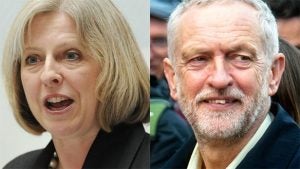 It was always the likeliest outcome, as the Conservatives had first at forming the next government, having still won the most seats.

That said, May is under serious pressure to resign after the result, though we’d expect the Conservatives to present something akin to a united front as they look to continue governing and push through a Brexit deal, though their mandate is now significantly weaker mandate.

The fact that the combination of Labour, the Lib Dems, the Greens, the SNP, and Wales’ Plaid Cymru now enjoy roughly as many seats as the Tories means that the Conservatives are unlikely to be able to deliver on much of their manifesto, especially their more right-wing pledges like ‘revisiting’ human right rights legislation and continued cuts to public services like the NHS.

It’s also worth noting that political insiders believe the price of the Conservative’s alliance with the DUP is likely to be a softening of the Tories’ ‘hard Brexit’ stance – and potentially even a second EU referendum, depending how initial talks with the EU go later in June.

Failing that, the Tories can govern on a minority basis if they find enough common ground with smaller parties to secure a ‘confidence and supply’ deal, whereby they are backed on large matters like the Budget, and offer certain policy concessions in return.

In addition, the Tory party must pass a vote of confidence in parliament on June 17, which could be interesting.

Had the Conservatives failed to secure an agreement, then a coalition between Jeremy Corbyn’s Labour, the Lib Dems, Greens, SNP, and Northern Ireland’s nationalist parties could have seen them secure a majority government, though this was always a long shot.

That’s what’s going on at the moment, but should any other major developments occur, we’ll be sure to update this guide with all the latest information.

Related: The ‘Techxit Effect’ – why you’re paying more for your gadgets

Satisfied by the outcome? Still have questions? Let us know in the comments below.