Westworld Season 2: Release date, trailers and all the latest news

The start of Westworld season 2 is just weeks away. The hit HBO western series returns to our screens in April. Here’s everything we know about the Westworld Season 2 release date, cast and trailers.

Westworld season 1 came to a dramatic climax in December 2016 and we’ve had to wait an eternity for the return. Now season 2 is just weeks away, we can finally saddle up and prepare to climb aboard with Dolores, the mysterious Man In Black and the enlightened Hosts intent on forging their own world, free from enslavement as a plaything for rich, sadistic human tourists.

Beware there are some Westworld season 1 spoilers below… 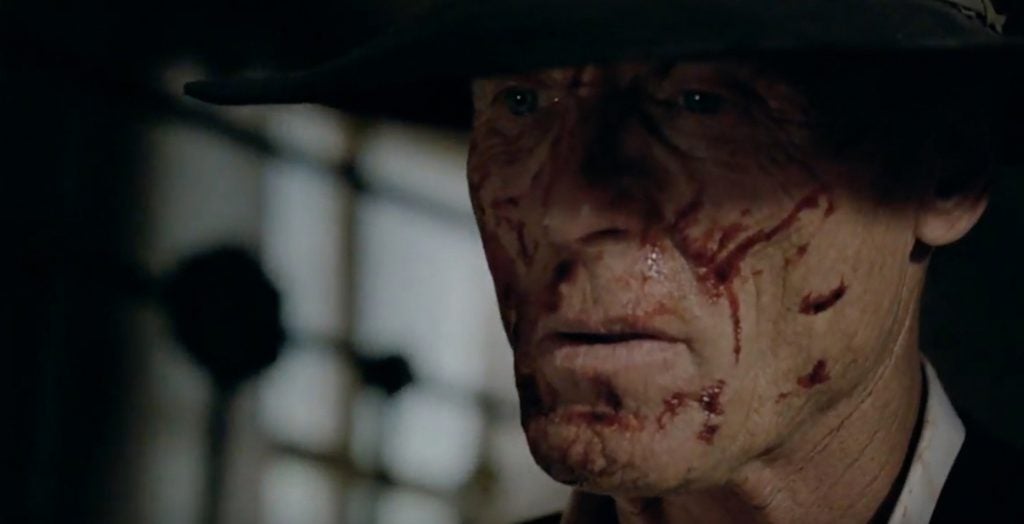 Westworld Season 2 Latest News: What to expect from the new Westworld

Recent comments from Westworld show-runner Jonathon Nolan guide us to expect a far more expansive universe in season 2. Like any good theme park, perhaps Westworld appears to be one of many worlds we’ll get to explore as the show moves through its run.

A big clue lies in the recently revealed titles for the first two series. Season one was called The Maze, Nolan says. Season 2 is called The Door.

In an Entertainment Weekly piece Nolan says: “If the first season was a journey inward, this is a journey outward. This is a search for what is else is beyond the park, and what else is in the park. Are there more parks? How big is the park? What’s beyond the park?”

He added: “The scale of season 2 is just nuts, literally right out of the gate. It’s so much more expansive, it makes the first season look like a genteel kitchen drama.”

Making season one look genteel? Yikes. We’re not sure if we’re ready for that. 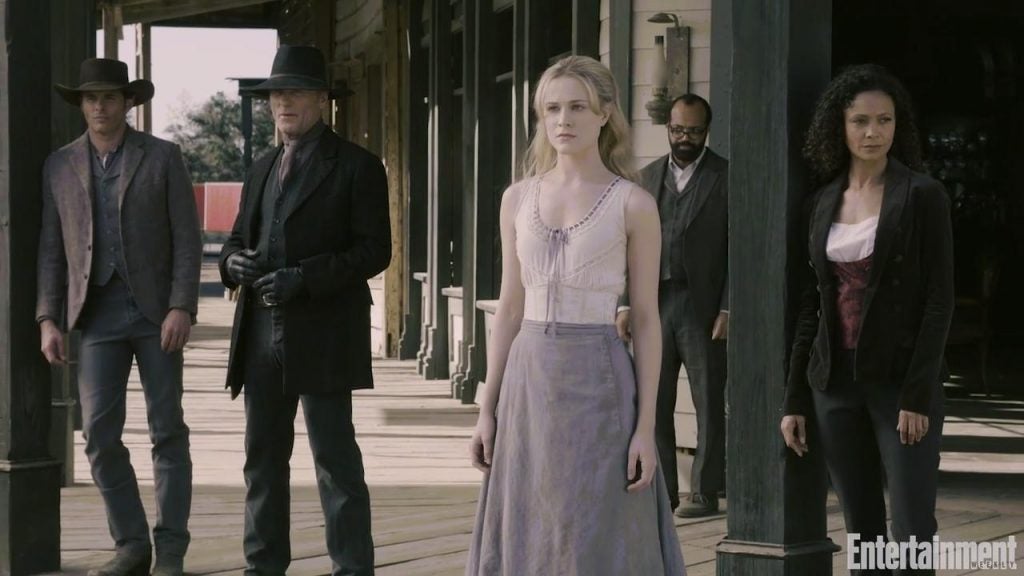 We know the plot for season 2 centre around the Hosts battling to overthrow their human masters, take Westworld for their own and explore what lies beyond. This was evident at the end of season one and is asserted by the season two trailers. However, it appears that not all of the hosts will be joining forces.

Showrunner Lisa Joy told EW: “Not everybody in the revolution is on the same page.”

If you’re looking to refresh your memory following season one (we did, it was quite the journey), Jimmi Simpson, who plays William, explains everything neatly here.

In a Reddit AMA, show-runner Jonathan Nolan revealed a remarkable plan to post a video spoiler of the entire series before it airs.

Nolan and fellow producer Lisa Joy said if the post below reaches 1,000 upvotes, the goods will be delivered. Here are the controversial comments :

“We thought about this long and hard, and came to a difficult (and potentially highly controversial) decision. If you guys agree, we’re going to post a video that lays out the plot (and twists and turns) of season 2. Everything. The whole sordid thing. Up front. That way the members of the community here who want the season spoiled for them can watch ahead, and then protect the rest of the community, and help to distinguish between what’s ‘theory’ and what’s spoiler.

“It’s a new age, and a new world in terms of the relationship between the folks making shows and the community watching them. And trust is a big part of that. We’ve made our cast part of this decision, and they’re fully supportive. We’re so excited to be in this with you guys together. So if this post reaches a 1000 upvotes we’ll deliver the goods.”

Thankfully, the plan has been revealed as a hoax. And a pretty hilarious one at that. The video posted does appear to be a primer, but then things get very, very internet-y. Don’t worry, it gives nothing away, but we don’t want to ruin the surprise…

We’ve seen a pair of trailers for season 2 thus far, which confirm the return of a number of major cast members, minus Anthony Hopkins as park mastermind Ford who met his end at the S1 climax. Perhaps as a result of Ford’s departure, the new teasers show the tide has turned dramatically in favour of the Hosts.

In July’s Comic-Con blood-splattered trailer, Evan Rachel-Wood’s Deloris Abernathy seems far from the tormented, victimised farm girl we once knew. With Sammy Davis Jnr’s “I’ve got to be me” providing the soundtrack she’s shown vengefully blasting a shotgun (presumably at fleeing park guests) with doting Teddy in toe. Does this mean she’s embracing her new life as ‘Wyatt’?

Meanwhile, poor old Bernard looks like she’s struggling to come to terms with his awakening as a non-human. We see him gazing down in wonder at a dead tiger (again suggesting there are more world’s to explore) and riding in a buggy with his human masters, which ties into Lisa Joy’s assertion all Hosts won’t be fighting the same tight.

Finally, to close out the trailer, we see perma-tourist, William/the Man In Black (Ed Harris) doing his thing, you know, standing there spattered in blood and smirking.

The second teaser, released on Super Bowl Sunday in February goes heavy on the notion of a full-on uprising.

Backed by an instrumental version of Kanye West’s Runaway, Delores narrates: “This world is a lie… this world needs to die. Because this is your world. We’ve lived by your rules long enough. We can save this world. We can burn it to the ground. And from the ashes build a new world.”

The camera cuts to her as she says: “Our world”

A fully-awakened Android Maeve Millay (Thandie Netwon) seems to have used her intelligence power-ups to gain control of using a herd of robotic bulls. Naturally, she’s using them against Delos Inc’s gun-toting security forces. We also see an ocean over a cliff-face, again suggesting there are many worlds to explore, once we’ve ventured through ‘The Door’.

The back-end of season one teased one of these world’s, a feudal Japanese themed area with the initials “SW”. The new EW piece confirms this is ‘Shogun World’, but it’s not clear whether it’ll be explored in the forthcoming season.

The biggest release is still to come, though, with HBO teasing a major March 29 debut for the next Westworld season 2 trailer, so watch this space.

Westworld Season 2 Release Date: When will the next series of Westworld come out?

Westworld will return to our screens on Sunday April 22 on HBO in the United States at 9pm Eastern Time. It’ll be available live via HBO Now and on-demand via the HBO Go on-demand streaming service.

In the UK, Sky Atlantic has picked up the rights following the success of season one. In great news for UK fans, the channel will follow the Game of Thrones model and simulcast new episodes at 2am UK time on Monday April 23.

That means Brits keen to avoid the danger of Monday spoilers will be able to watch live. For those unable to stay up late, a social media-free Monday awaits ahead of a 9pm airing on Monday.

It’s a stark contrast to the first season, when the finale was the only episode to be simulcast across the pond.

If you’re in the United States and you’re a Hulu subscriber, you can add HBO to your monthly subscription for just $5 a month. Just in time for Season 2 of Westworld. Nice.

How much are you looking forward to Westworld season 2? Do you think we’ll get to experience new worlds beyond the Wild West?Drop us a line @Trusted Reviews on Twitter.