Last month, Acer announced that it would be bringing 3D technology to laptops with its newest software suite, SpatialLabs.

The technology, which requires a laptop with a stereoscopic 3D display and an eye-tracking camera, allows objects to appear as though they are coming out of the screen without the need for 3D glasses and any other equipment obstructing your view.

Unlike the Nintendo 3DS and 3D TVs of the past that focussed on 3D movies and gaming, SpatialLabs is currently being marketed toward professional 3D creators. However, that doesn’t mean Acer won’t look toward consumers in the future.

We spoke to Corporate Vice President and President of EMEA Operations at Acer, Emmanuel Fromont, about SpatialLabs, eye-tracking, the future of 3D and why it hasn’t worked out in the past. 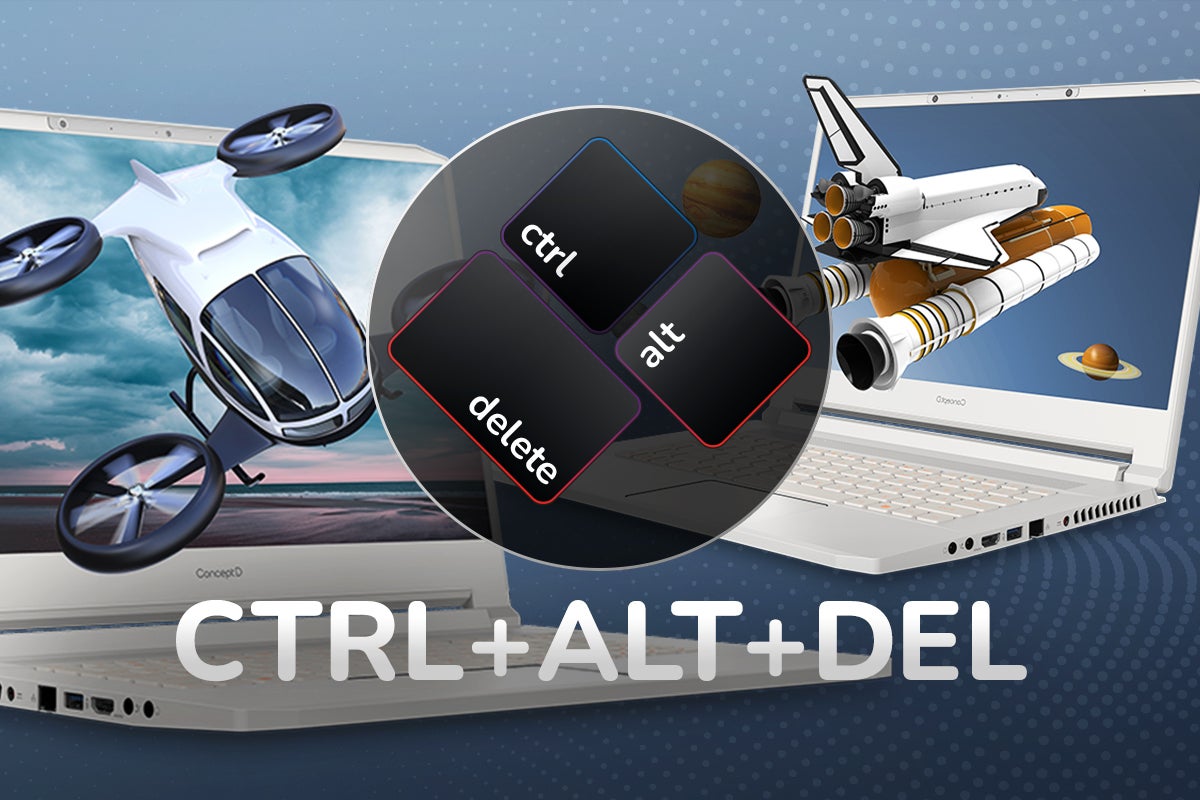 Ctrl+Alt+Delete: Why 3D laptops can be a success 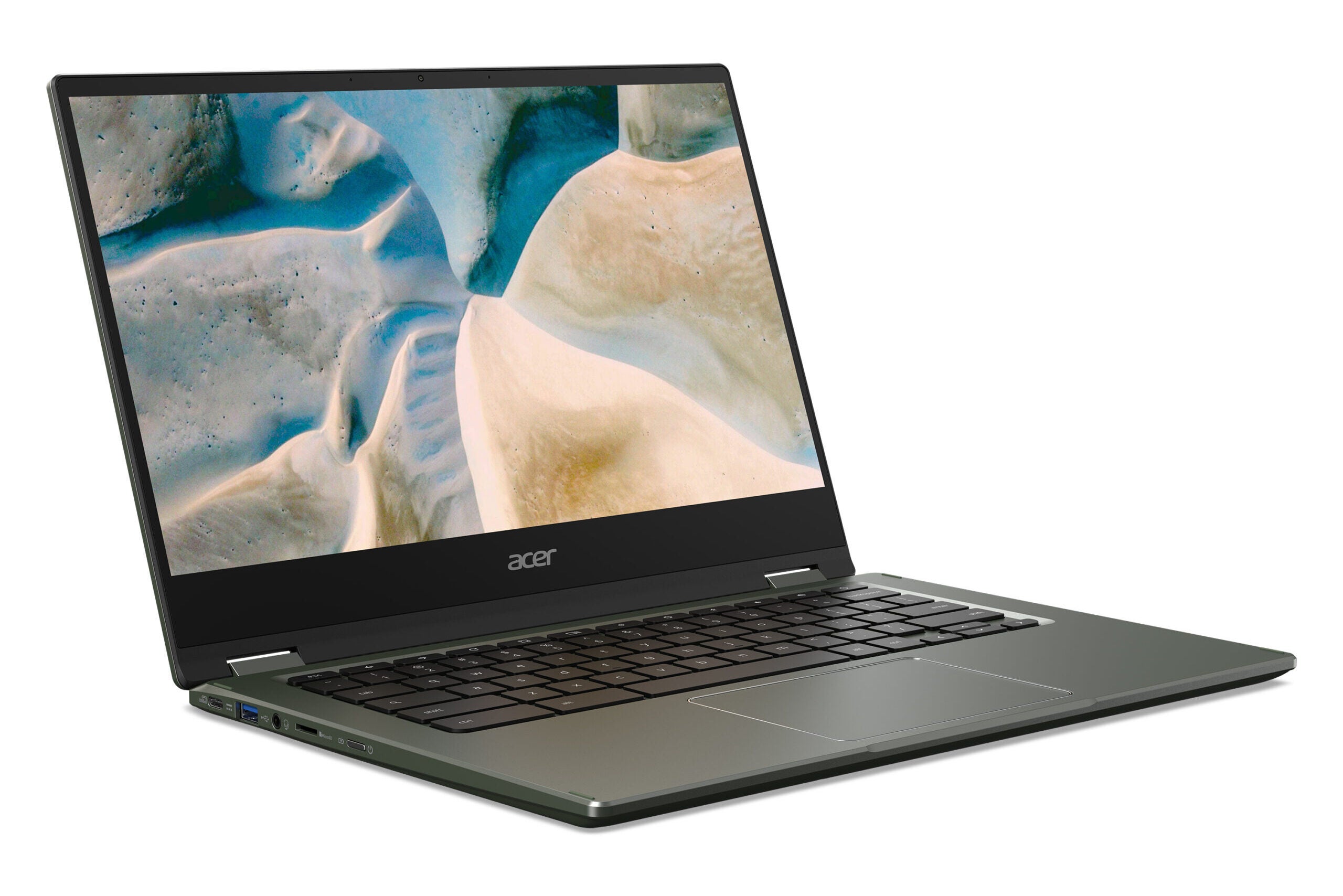 Acer teams up with AMD to launch a budget-friendly Chromebook

Why did Acer develop SpacialLabs?

“I think this is a technology that we’ve been working on for some time and, you know, in the past we had an attempt to have our own VR google, but we realised at the end that the market is not really ready, at least the consumer market, for that kind of technology”, said Fromont.

“And then we continued to work and we had monitored with eye-tracking and we saw what we could do and, you know, finally when it comes together the hardware technology itself, the eye-tracking, the software and the Unreal Engine, we realised we could really have this incredible, incredible effect that could be super useful and we said okay, let’s do it, let’s put it in a notebook, because so far, at least, no one had really put that technology in a notebook”.

The technology is aimed at developers – for now

“Version one, I would say no, because again of the complexity of using it”, said Fromont when asked whether SpatialLabs would be coming to consumer laptops.

“It’s not totally a real out of the box experience, let’s put it this way. You don’t just open it and suddenly you have it. I think you need to work with a certain workflow”.

SpatialLabs is currently being marketed toward architects and other 3D creators as a way to optimise the way they work and visualise 3D.

“People that really want to do 3D and realise that it’s difficult on a 2D and some people have to go through with complicated VR to see 3D, or even never see, or do a 3D printing to start to understand how it would look like in 3D”, listed Fromont.

“This technology really targets those people”.

So, what about consumers?

While developers are the current target audience, that doesn’t mean this won’t change or expand in the future. Acer is already considering how SpatialLabs could work for the consumer.

“We would like people to create content to feedback to us on the experience to make sure this can be consumer ready. Then, yes, we believe this technology will flow through to the consumer eventually”, explained Fromont, referring to Acer’s SpatialLabs Developer’s Program.

“I think the experience of having true 3D experiences without Google, without glasses, is really impressive. It makes a big, big difference. You know, 3D has been there in TV, in different form factors, in the past, but always with glasses. After a while, the consumer has voted that the hassle is maybe still bigger than the benefits, so we need to see if we can break that barrier”.

“We’re confident that our technology is maybe not for everybody, but for people who want to create, and again there’s more and more, all of us become creators these days – maybe not 3D creators, but who is not publishing a video on YouTube and TikTok? Maybe tomorrow you’ll want to have some effect on it so we’re all creators and I think to create that technology is really fantastic”.

So, why haven’t 3D displays seen success in the past?

It comes down to equipment and quality, according to Fromont.

“I think the reason, for me, the [3D] TV didn’t really work is because first you have to have those glasses, and then they have to have batteries sometimes, and then you don’t know where they are, and this is one reason”, he explained.

“The second reason is the 2D quality makes such fast progress that, for the experience of 3D, are you willing to compromise on quality? So, if you have a beautiful 4K TV, in 3D you don’t get the same quality. You get the 3D effect, but you don’t get the 4K 3D”.

“Two years ago we put out a monitor with eye-tracking for gamers and I wouldn’t say it was successful”, said Fromont.

“Don’t ask me exactly why, I think there is some benefit, but okay I think really few game titles could leverage the eye-tracking possibilities. So, it was ready for a first-shooter game where basically the guns would move with your eyes, so it would allow you to maybe go right and shoot left, which most games do not allow you to do. I mean you have to shoot in the direction you’re walking. But, it never became let’s say a normal behaviour for those gamers, it was not widely adopted”.

Eye-tracking isn’t just an interesting feature for gaming, though.

“I think there were also expectations that in the medical field it could have some interesting applications because, for many reasons, if you have to not touch something and still get some behaviour on the screen, I think the eye-tracking would allow you to do this move about on the screen. So, I think the technology’s still promising, but still early days”.

How much will Acer charge for a SpatialLabs-equipped laptop?

With so many possibilities, you might be wondering how much a laptop with SpatialLabs will cost? After all, Acer has kept hush on this part as it begins its Developer’s Program.

“It’s expensive but if you need it it’s not crazy”, said Fromont.

“I think, depending on the config itself, the processors, the graphics card, I think you can expect somewhere between 5K to 10K euro”.

Thankfully, this price could go down in the future if people continue to show interest.

“Let’s say it’s probably a little bit out of the normal consumer range product, but also that’s because there’s no big volume. I mean, if one day this becomes a real, let’s say more voluming, product the price could go down too”.

What about other brands?

Finally, we asked if Acer was considering licensing the SpatialLabs tech to other manufacturers for smartphones, TVs or games consoles.

“I think it’s really too early to say”, said Fromont.

“I think we need the technology to mature a little bit and, you know, there is some unique Acer proprietary technology to it and there is some more partner technology. It’s all blended into one ecosystem, so I think we would have to decide how we go to market, but again I believe nothing is impossible. If it matures we would probably be welcome to license, but again this is very early”.

Right now, Acer is looking for developers to offer feedback on SpatialLabs.

“We’re pushing a little bit the boundaries with this. We believe now it’s ready again for developers to use so that’s why we really want to announce that and go with it, but we’ll continue to refine as we get feedback from the developer community”.

For more on laptops, make sure to check out our guides to the best laptops, the best gaming laptops and the best ultrabooks available right now.