If you, dear reader with burning questions to ask, asked me what I was most enthusiastic about this week, it would be the fact that it wasn’t 40 degrees in London at any point this week, and it’s been cool enough to go outside without swaddling myself in ice-packs.

I’m not allowed to wear a shirt full of ice packs to the office anymore, either. Spoilsports.

It’s also been a great week for product news. We had a new Fortnite season, the hype machine is spinning up on the Call of Duty: Modern Warfare reboot and we’re even starting to see what’s what with the Samsung Note 10 and its bigger brother.

Read on for what’s happened this week in geek. 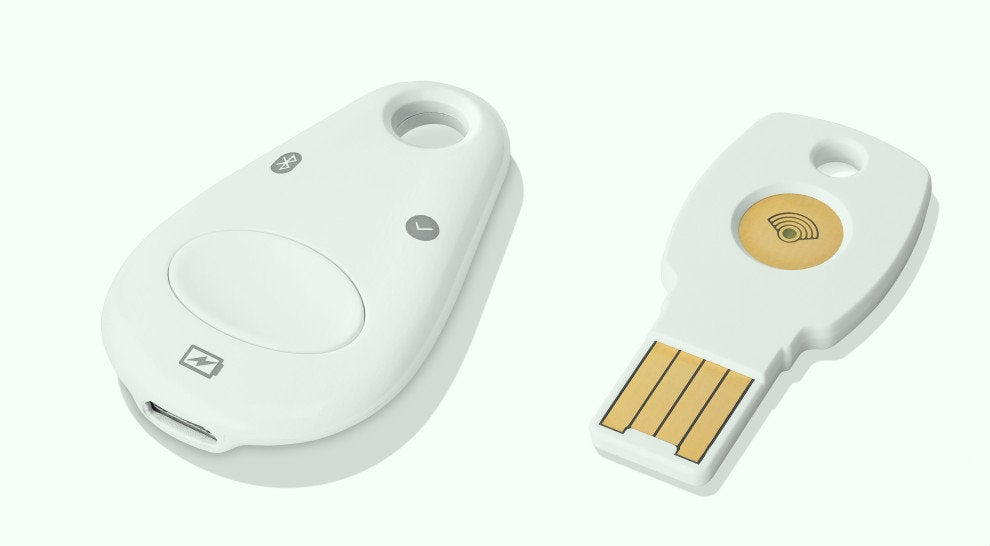 Google’s Project Titan, a physical key that you can use for two-factor authentication (2FA), has finally arrived in the UK for consumers to buy, the first time it’s ever gone on sale outside Google’s home territory of the US. It will also be going on sale in Canada, Japan and France.

The key provides a USB-A and Bluetooth opportunity to layer up on security, letting you plug it in or pair it with a device to prove that you are who you say you are – skipping other authenticators or the dreaded 2FA text message.

It’s somewhat pricey. The Titan bundle is £50. However, it adheres to the FIDO standard so it can be used on several accounts and not just Google’s suite of apps.

It’s a pretty exciting idea, as it entirely negates the risk of phishing on accounts, but we’re seeing a real trend for security to move offline and towards a physical safeguard.

This key is an example of that, but we’re also seeing more interest in things like hardware-based password manager. And while I know this will be contentious, even the fact that writing your passwords down in a physical book locked in your house can, ironically, be safer than using the same password, not written anywhere, for a bunch of different accounts.

Not that we’d recommend either.

There are problems, of course. By creating a physical security product, Google’s security key feels foul of some of the issues of other physical keys: if you lose it or forget it, you’ll be digitally locked out of everything until you get your hands on the key or initiate a recovery process.

There’s also the risk that someone can steal it, negating your digital security. They’d need your password, so this isn’t a real threat unless you’re coming up against a fairly persistent bad egg, although it does sound like the plot of a heist movie, so I’m sharing it so you can envision this Titan of a heist, too. 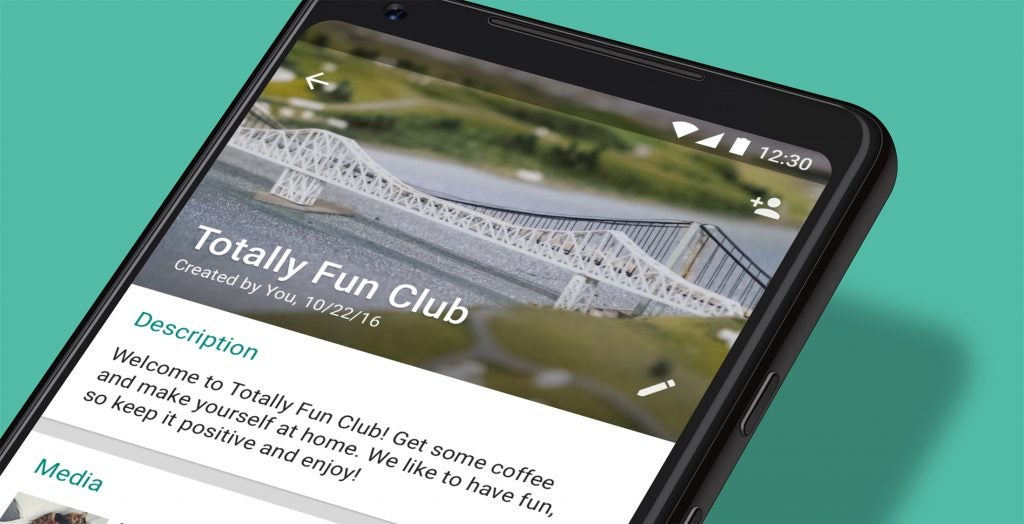 Internet linguist Gretchen McCulloch, doing press for her new book, has claimed that using full stops makes you a baddie. Or at least, that’s the case if you’re adding full stops into your Whatsapp or Slack messages.

However, it seems he’s off the hook. You’re only actually a terrible friend (or very annoyed) when you send a full stop in a message if you don’t usually. Speaking to the Telegraph she clarified: “Because the minimum thing necessary to send is the message itself, anything additional you include can take on an additional interpretation.”

This is relatable. As a writer with autistic spectrum disorder (more specifically, what was formerly known as Aspergers) I’m fascinated at the way people communicate online with words, because it feels like such an alien language for me. Another nugget of information is LOL, which supposedly can be construed as sarcasm, but it can also be used to soften up a harsh statement or diffuse an awkward situation.

Basically, it seems communicating is as much a minefield as ever and by doing all of that chatter through a phone screen with no physical cues or tone of voice, is a nightmare for interpersonal communication.

I’m being flippant, but to loop back round to me being autistic, this sort of confusing nonsense when it comes to communication is exactly what I find so stressful all of the time. The fact that other people are being subjected to it because of technology is a little disheartening.

So, if I ever use this column for something personal, it’s this. I’m never being sarcastic. If I send you a LOL, you best believe I’m rolling around on the ground howling like The Joker after a plan has come together. 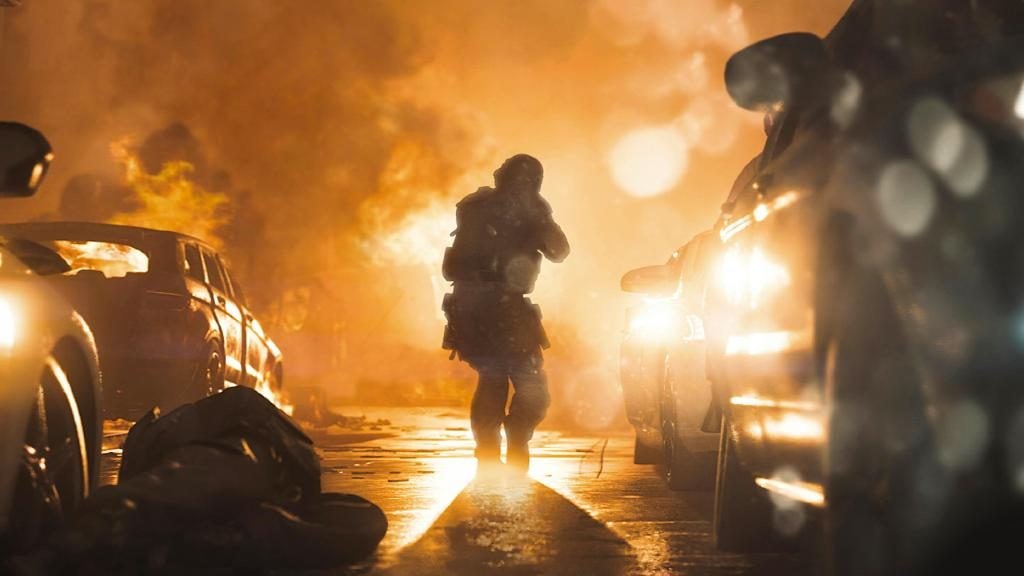 This week we’re seeing information on everything from the multiplayer to it’s killstreaks, and a bit more about how it’s all going to tie together, with information coming out of a hands-on event in Los Angeles – the first time press have been able to get a good look at what’s going on.

It’s going to be a tricky launch for publishers Activision. While the last few Call of Duty titles have been plenty fun, they’ve started to sell quite poorly, and in a lot of cases they’ve seemed quite tired. Modern Warfare — the new one — is being pitched as a back to basics reboot, harking back to Call of Duty 4, which catapulted the franchise into the yearly juggernaut that it was in its heyday, bringing in the old audience with a nostalgia kick, while also bringing teenagers away from Fortnite and into their arena.

Crucially, they’re focussing on the gunplay, which appears meatier than the lightweight handling I’ve been used to, and there’s a commitment to realism that hasn’t really been in the game since Modern Warfare 2 – letting you call in a game-ending Nuke after killing 25 people charging around the map with a shotgun in each hand.

If Activision manage to deliver on what they promise, we could have something truly special here. Initial opinions seem good, with players hoisting their guns in the air as they sprint across the map, barrels smoking after firing, and a ton of other small touches.

It’s a bold reinvention, and because of the way Call of Duty games are developed, there’s already a planned Call of Duty for 2020 and 2021 coming from different developers. As a result, this remaster is going to be absolutely crucial: if they can bring in a new audience with this new, more realistic, gameplay, the Call of Duty series still has a bright future. If it crashes and burns, it’s hard to imagine Call of Duty’s star will do anything but continue to wane as the audience is eaten up by all of the other great shooters on offer.