Vodafone held a launch event in London on Wednesday, July 3 to celebrate the rollout of its 5G network in the UK, with one rather unusual stunt to mark the occasion.

As part of the festivities, the carrier used its new super-fast networking technology to allow Wasps rugby player, Juan de Jongh (pictured above) to ‘feel’ a tackle made by teammate Will Rowlands, despite the two being 100 miles apart at the time.

Confused? The stunt saw de Jongh clad in a full-body Teslasuit – a haptic bodysuit designed to provide a sensation of touch when paired with VR or AR (virtual or augmented reality). Using ‘electro-stimulation’, the suit is designed to up immersion and provide 360-degree feedback – think of it as a forerunner to the haptic suits depicted in ‘Ready Player One’.

In the context of Vodafone’s 5G launch stunt, de Jongh’s futuristic getup in London was paired to a padded training cylinder containing sensors that read the impact of Rowlands’ tackle, which he made at the Ricoh Stadium – over 100 miles away, in Coventry.

Vodafone’s hopes are that such a demonstration showcases the low latency and sheer speed of its new 5G network, which it cites as ten times faster than that of equivalent 4G technology.

Children from Old Leamingtonians RFC Juniors in Coventry were also invited to tackle the Wasps centre using this intriguing 5G tech demo, designed to provide an instantaneous sensation of the impact for the wearer.

Juan de Jongh described the experience by saying, “It felt like something from the Matrix. This technology could not only help athletes to train, but to get back into training after injury.” 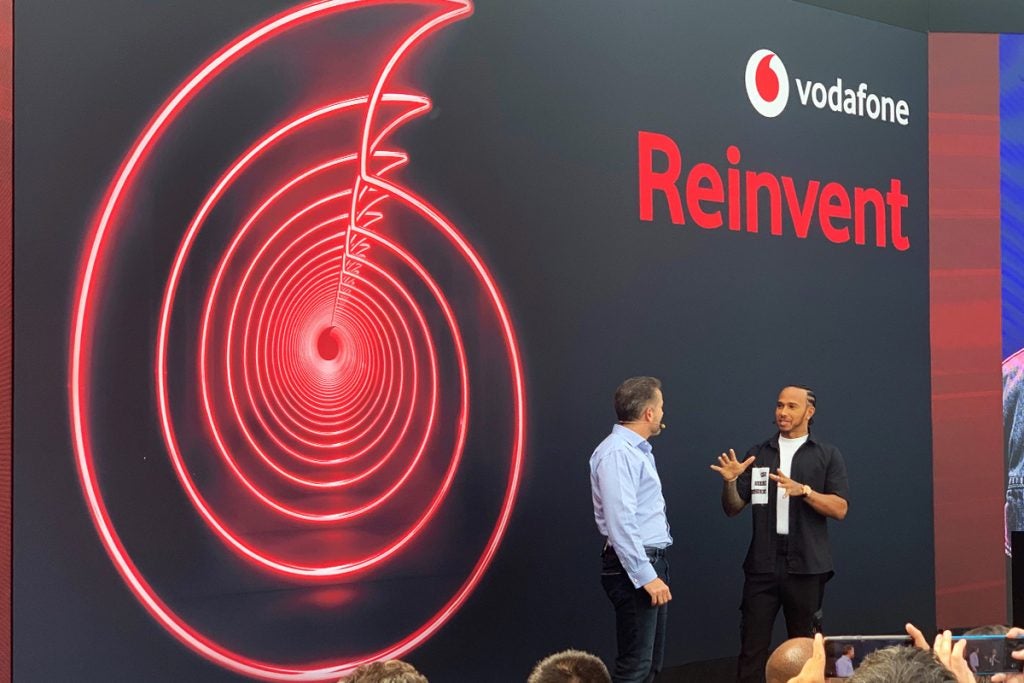 As for the launch itself, Vodafone invited five-time Formula 1 champion, Lewis Hamilton to formally launch the carrier’s 5G network, which is now live across a total of seven cities (London, Glasgow, Manchester, Liverpool, Birmingham, Cardiff and Bristol) and is set to arrive in a further 19 cities and towns across the nation before the end of 2019. Hamilton revealed that he also be serving as the carrier’s first UK 5G ambassador.