At CES 2019, Vive unveiled a new headset, the Vice Pro Eye, which implements live eye tracking, and teased another, the Vive Cosmos, which appears to run off of your phone instead of a high-end gaming PC.

The Vive Pro Eye will go on sale at some point in Q2 this year, and as the name suggests, will allow for greater immersion and accessibility, thanks to the eye tracking feature letting you navigate through menus and experiences simply by moving your eyeballs.

Daniel O’Brien, general manager for HTC Vive in the Americas said that the Vive Pro Eye would do away with the need for peripherals, so this could cut down on the cost and space requirements needed to dive into Vive, too.

As well as this, the new device supports foveated rendering, which promises to conserve GPU power by sharpening details on the portions of the screen where your eyes happen to be looking.

Despite the potential for fun and games – Vive ran demos of baseball sim Home Run Derby VR, the menus of which are a little hard to navigate while you’re holding a bat – Vive Pro Eye is targeted at the enterprise market first and foremost. While pricing details weren’t available, we can expect this thing to be expensive – the Vive Pro costs £799, so expect this to be above that. 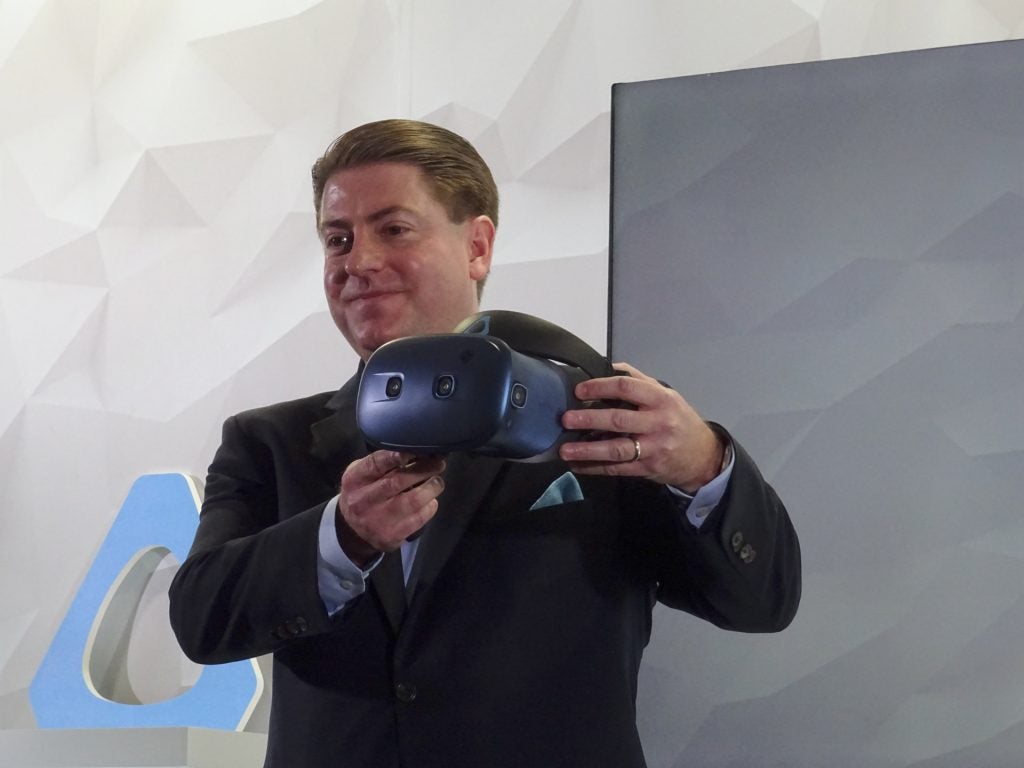 While there was no information about pricing (or much else) for the Vive Cosmos forthcoming from Vice, all signs indicate that if you want a cheaper entry into Vive VR, this might be it.

“We found that over 85% of VR intenders believe that ease of use and set up is the most important factor to consider while purchasing a headset,” said O’Brien. “We believe Cosmos will make VR more easily accessible to those who may not have invested in VR before and also be a superior experience for VR enthusiasts.”

Vive’s press release says that the Cosmos has ‘the capability to be powered by more than a traditional gaming PC,’ suggesting, as did the attendant promo video, that your phone could be used to run the show, Samsung Gear VR-style. It could simply mean that the minimum PC requirements are simply lower, too, which would lower the overall barrier to entry. 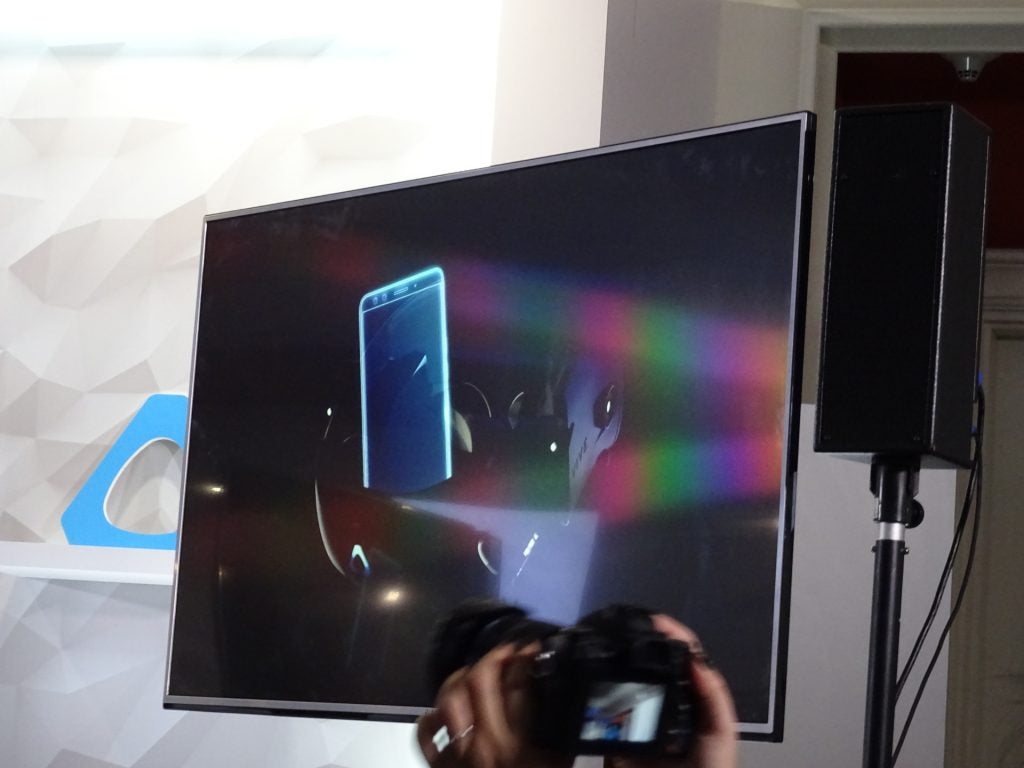 Apologies for the photobomb, but Vive only ran this teaser once. What looked like a Huawei P10 Pro is dropped into a Cosmos in this video, suggesting that you’ll be able to power one with a phone.

Whatever’s powering it, the Vive Cosmos will also be the first Vive VR device to feature Vive Reality System, a new interface intended to replace typical menus with a more immersive VR world. Vive is also announced Firefox Reality, a joint venture with the Mozilla Foundation, which aims to develop a native VR browsing experience.

O’Brien kept schtum about price and availability details for the Vive Cosmos, saying that those will be revealed in the coming months. Development kits for the Cosmos should be available in ‘early 2019,’ so don’t expect to see this on shelves until much later in the year.

Eyeing up the new Vive Pro, or are you tempted by the possibilities offered by a Cosmos? Let us know on Twitter @TrustedReviews.