Virgin Media claims that the majority of broadband customers with a Super Hub 3 will be able to get not only faster wireless speeds (up to three times faster), but will also benefit from wider, whole-home coverage to boot.

You’ll be able to order these through the updated Virgin Media Connect app for iOS and Android. This already lets you test signal strength in your home and search for any not-spots, but once updated, you’ll be able to order a Booster directly from Virgin if you’re not able to get adequate coverage anywhere in your room.

As well as working just as any off-the-shelf Powerline adapter would, Virgin Media says these devices feature the same active channel scanning and band steering benefits that updated Super Hub 3s will.

There’s no price for this new service, as it’s a standard feature of the Super Hub 3. However, if you want a Wi-Fi Booster for any not-spots in your home, those are free if you’re on the Full House (£74/month) or VIP bundles (£129/month).

For everyone else, it’s an extra £3/month on top of your Virgin Media subscription for the first Wi-Fi booster and £2/month for every one you need after that.

It’s no secret that some customers who have upgraded from the Super Hub 2ac are not happy with the performance of the Super Hub 3, so this latest update should (hopefully) go some way to improving that device’s standing.

Speaking at a press briefing, Richard Sinclair MBE, executive director of connectivity at Virgin Media, said: “We really believe that this is going to revolutionise Wi-Fi for our customers… We’ve got an increasing number of devices [on our home networks] and therefore we’ve got to have increasing in-home connectivity to ensure that our customers… are able to access those devices in all parts of the home.”

How will Intelligent Wi-Fi achieve this? Arguably the most important new thing Virgin’s bringing to the table with this update is band steering.

A key feature of routers like the new TalkTalk Wi-Fi Hub, and mesh Wi-Fi systems like BT Complete Wi-Fi and Netgear’s Orbi Wi-Fi family, band steering will actively prompt connected devices, like your phone, tablet, and laptop with dual-band Wi-Fi antennas, to hop on to the faster 5GHz radio band if they’re in range.

Virgin Media says that in testing, devices switching to 5GHz have seen an average 25% speed increase.

Automatic channel changing is another new feature coming with Intelligent Wi-Fi. Virgin Media says that every 15 minutes the Super Hub 3 will scan for available Wi-Fi channels and automatically switch to the least congested ones, which should help out at evenings and weekends, when your neighbours get home and start hopping on their Wi-Fi too.

With channel optimisation, Virgin’s claiming that 18% of customers should experience less Wi-Fi interference.

How this might all work with other routers with similar optimisation features in place is another thing, but Virgin says that its new cloud-based adaptive system should be able to react to changes in loads and interference in networks quickly, with the new system performing more than 300,000 optimisations a day.

While Virgin Media (correctly) recommends that you should use Ethernet wherever possible, it says it’s on a mission to deliver a Wi-Fi experience that’ll let customers benefit from its faster network speeds.

“Intelligent Wi-Fi will allow our customers to make the most of their broadband while also helping to easily overcome any connectivity conundrums around the home,” Sinclair added.

“With families using more devices than ever before, it’s vital they can all be online whenever needed. Whether it’s streaming UHD movies on Netflix, playing the latest games online or video conferencing, Intelligent WiFi has your back.” 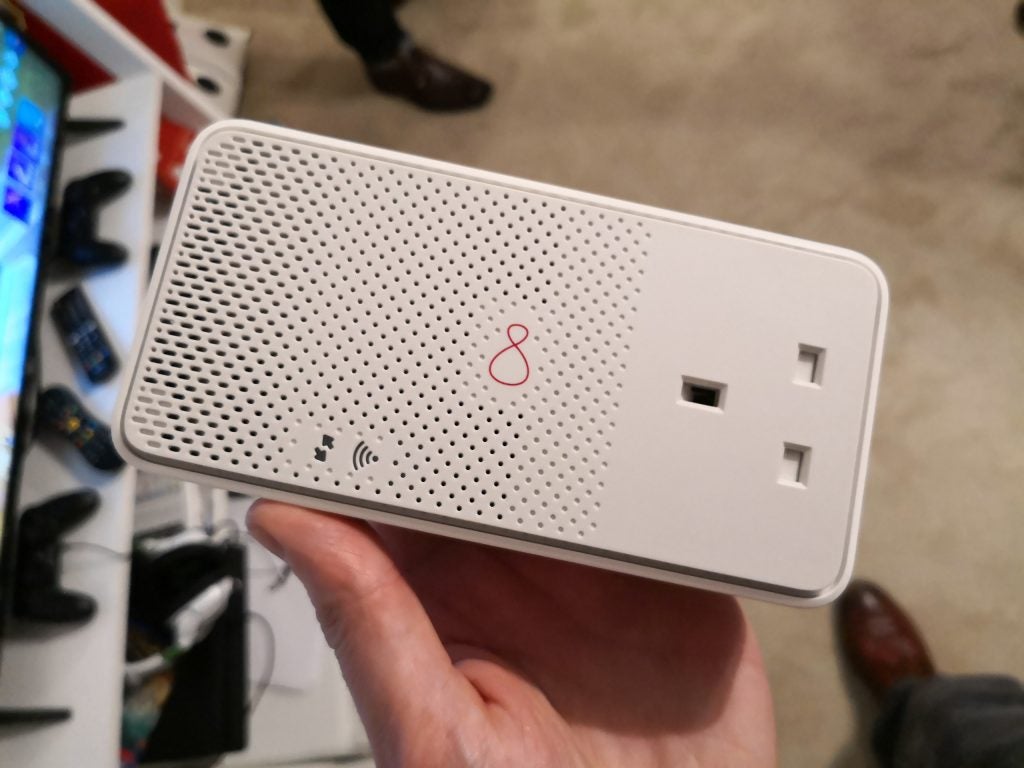 What about the new Wi-Fi Boosters? The hardware appears to be the same Comtrend Powerline adapter (PG-9072LG-VM) that Virgin’s offered customers in the past.

While the hardware isn’t new, these will work in tandem with updated Super Hub 3s. You are of course free to buy your own Wi-Fi range extenders, but these won’t feature the same level of interoperability as the branded Wi-Fi Boosters.

A post on Virgin Media’s Community forum suggests that engineers have already been giving these out to some customers with not-spots, so if this is you, then it might be that you’re already well-placed to make the most of Intelligent Wi-Fi.

Today’s news release says that engineers will test for Wi-Fi coverage during installation, and if they think you’ll need a Wi-Fi Booster (or two), these will be offered up front.

What do you think of Intelligent Wi-Fi? Will you be updating today or have you yet to make the jump from the Super Hub 2 or Super Hub 2ac? Let us know @TrustedReviews.