While the Oculus Touch and HTC’s Vive controllers have given us the power to move our hands, grab items and fire weapons in virtual reality, they fail to bring the full capabilities of human dexterity to the new medium.

That could change with Valve’s new Knuckles Cap Sense VR controller for SteamVR, which tracks the movements on individual fingers.

The button surfaces are “capacitive sensors under each physical button,” which “can be used to determine where the user is resting their thumb or, in the case of the trigger, their index finger.”

Meanwhile the grip zones can individually track the positions of the middle, ring and pinky fingers and determine whether they’re pointed or curled around the grip. 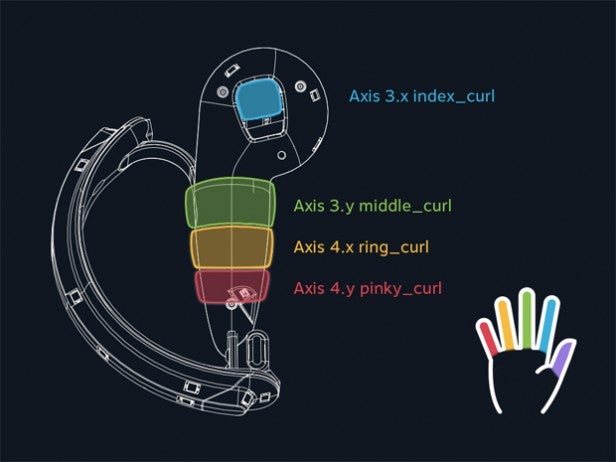 The tech could represent a significant step forward for virtual reality gaming experiences. In a baseball sim, you could play as a catcher, giving finger signals to the pitcher. Or, in a first person shooter, you could give hand signals to your fellow soldiers on the battlefield, like a seasoned general.

You could give VR high-fives, wave, serve up some devil horns or, if someone in VR is getting on your nerves, raise one finger in particular.

Valve hasn’t revealed when the public will be getting their hands on the finger-tracking Knuckles controllers, but in the meantime, we’re excited to see what the developer community comes up with.

Can Knuckles make VR experiences even more immersive? Share your thoughts in the comments section below.