TrustedReviews chatted with Formula One driver Valtteri Bottas this week, discussing technology, his targets for the season ahead, and what he’s learned from his first year with Mercedes. Here are some of his predictions for F1 2018 and the future of car tech.

It turns out that Bottas is ever so slightly concerned about the rise of self-driving cars.

Asked how he feels about driverless technology, he laughs and says, “Not so good, obviously. Because for us, we would lose our job.”

He continues: “For me, it’s nice to be the human factor in this [technology-heavy] sport and even though everything has developed massively, massively, from the technical side, still sometimes the feedback a driver can give can’t be measured, like how we feel with the car and certain things happening with the car.

“So I’m glad that still we are humans in the car and not robots.”

Despite his fears, Bottas admits the technology still intrigues him, and doesn’t believe his job is at risk quite yet.

“I can’t see anything really happening in the very near future to Formula One with [driverless technology], so I’m not too worried. I like technology anyway, whatever it is. It will be nice to follow how things develop, but hopefully even when I’m old there will be cars that I can drive, because I love driving.”

Bottas says he “definitely” feels more confident going into this season, which begins in Melbourne on March 25, because he’s a lot more familiar with the Mercedes team now.

“Last year there were so many new things I had to learn, like how the team works and getting to know everyone. All that and the new car. Now it’s been a much smoother start to the season, with the testing and everything, and there’s been more time to really focus on the performance and things that matter,” he says.

“I think I’ve learned massively. I think always when you kind of change, when you have different people around you, like last year, there’s always a chance to learn a lot more, a different kind of philosophy and different things.

“Because I signed quite late − it was mid-January − with the team, it was maybe a bigger challenge than I thought. Getting used to the new environment and the team and the way of working and everything. That was a big challenge, and of course getting to know the car perfectly.”

Bottas says he’s spent much of the off-season in Finland with his family and friends, and has had time to reflect on last year. He finished the season on a high, winning the final race in Abu Dhabi, but it was a mixed campaign for the Finn, and he’s aiming higher this time out.

“From last year, I learned massively from every single race. Now, going to every race there’s always kind of notes taken, what kind of things I need to focus on to try to do better than last time,” he says.

“The goals are higher and the expectations are higher for me and the team. It’s a nice situation to always have clear targets.”

Bottas says he feels good about the circuits he triumphed on last season − Sochi, Austria and Abu Dhabi − and feels he can come out on top again at all three this year, so he’s concentrating more on improving his performance elsewhere.

“Having a good result in a place always gives you confidence,” he says. “You go back and know that you’ve done well previously. So I’ve really tried to focus on all the weaker results I had. So when I had difficult race weekends, I’ve tried to focus on those weekends and what I can do better.” 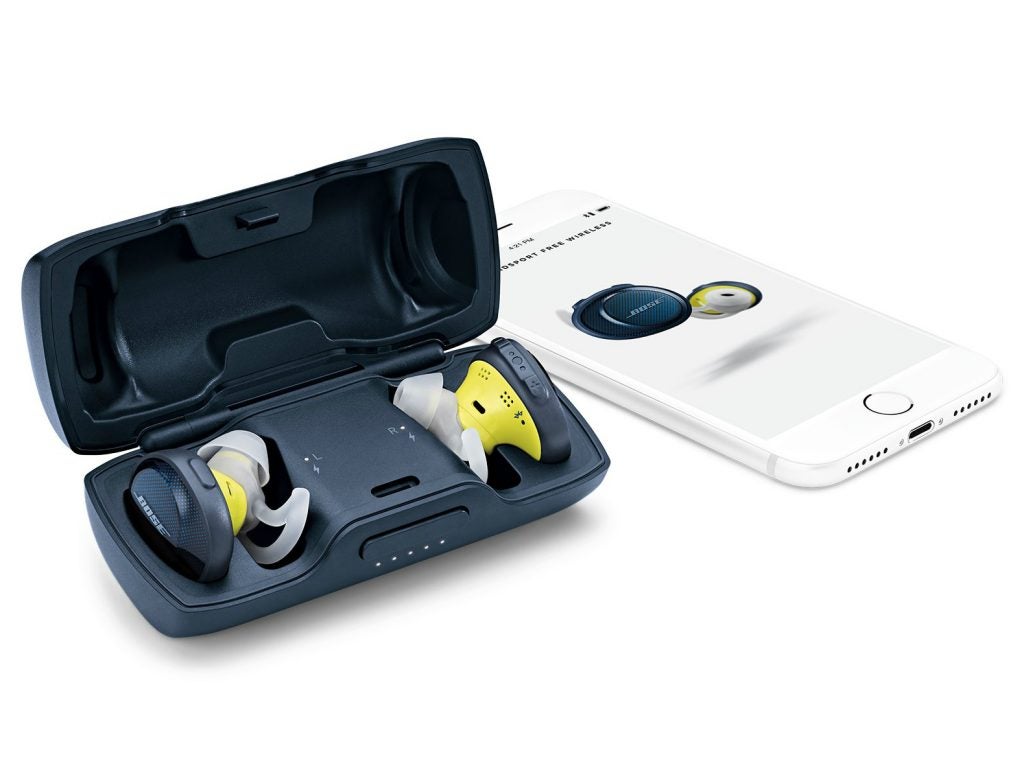 Valtteri Bottas was speaking as Bose, the official sound partner for the Mercedes AMG Petronas Formula 1 team, released the Bose SoundSport Free headphones in the UK and Europe.

The company’s first truly wireless buds, which are aimed at “aspiring athletes” who like to exercise, are sweat-proof and IPX4 water-resistant − which means they’ll withstand splashes − and come in black, orange and blue colour schemes.

One of their most impressive-sounding features is battery life. Bose says they’ll last for up to five hours, and the charging case they come inside can provide two additional full charges.

The Bose SoundSport Free headphones are available for £179.95 in the UK and €199 in Europe.