The Megablast replaces the Megaboom as the largest product in UE’s current lineup, while the Blast hits the same size bracket as the mid-sized UE Boom 2.

The speakers’ headline feature is the addition of Amazon’s Alexa virtual assistant, which has made its way onto numerous speakers since it launched on the Amazon Echo many moons ago.

The Assistant adds a number of voice command features to both speakers. According to a UE spokesman, both will also offer significantly better audio quality than Amazon’s Echo, which we found was a wee bit quiet when we reviewed it.

“We’ve built Alexa voice services so they can do virtually all the things an Echo can do – check the weather, ask questions – as well as play music with much better 360 sound,” UE told TrustedReviews.

The spokesman added the company has also completely redesigned the Megablast’s innards, to make it louder and clearer than its predecessor:

“With the Megablast we’ve revamped the acoustic architecture so we’ve got improved passive radiators that have better volumes and can move more air. We’ve also added tweeters on top of the two active drivers you had in [the Megaboom]. All this makes it 40% louder” 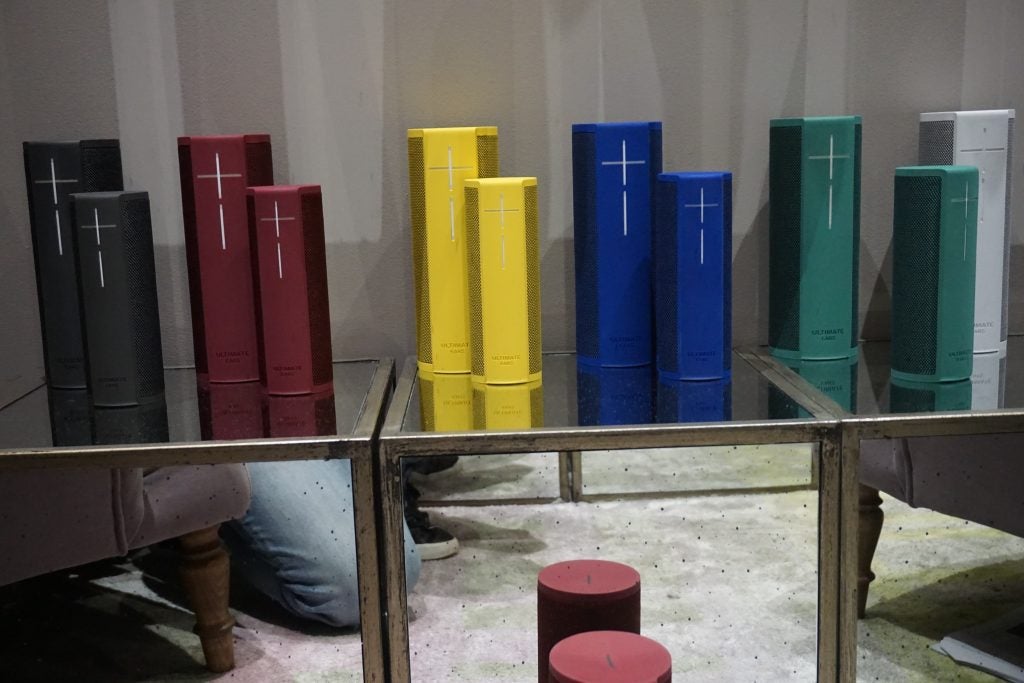 If true, the speaker should be eardrum splittingly loud, with UE’s previous speakers offering ridiculously high max volumes. Outside of Alexa and its improved audio chops, the Megablast and Blast are also set to get a new custom ‘Power Up’ stand that will let you charge the speakers without having use the slightly fiddly microUSB port on their bottom.

Both speakers have been designed to meet IP67 certification standards, meaning they’ll be water and dust resistant.

Sadly, the UE spokesperson we spoke to dashed any hopes that either of the new Blast speakers will be upgraded to support the competing Google Assistant digital butler in the near future.

“Right now, it’ll just be Alexa as in our view it has the most momentum, it has the largest install base and users. Amazon’s done a good job reaching out to third parties to create an ecosystem, including smart home devices. But, in the long run ultimately we will drive towards whatever platform our customers migrate towards,” he told TrustedReviews.

A few weeks ago, the absence of Google support would have been forgivable. But thanks to the arrival of the shiny new Sonos One, which will run both, we’d ideally at least have liked a time frame for a Google-flavoured update.

Assistant isn’t the only feature that’ll be missing when the Megablast and Blast launch later this month, as UE also confirmed it also won’t feature the company’s nifty Party Up functionality at launch.

Party Up is a cool feature that lets you pair multiple UE Boom products together to boost maximum volumes. UE’s confirmed the feature will be rolled out to the Megablast via an OTA (over-the-air) update “eventually,” but considering how useful it’s been on older Boom speakers we’d have liked to have it at launch.

The UE Megaboom is set to be sold by John Lewis, Currys and Amazon with pricing starting at £269.99 for the speaker and £34.99 for the Power Up charge stand. The regular Blast’ll set you back £199.99.