Christmas party season is upon us, but that doesn’t mean you can let your morals get a little bit looser than normal.

If you were planning on getting a little bit frisky during a drunken Uber ride home, don’t, it’s just been banned by the smartphone-ordering taxi service.

Ahead of the holiday period, Uber has released a brand new set of user guidelines, outlining what’s not permitted within its cars, and having sex is top of that list.

In case you were wondering, that means sex with other passengers, the driver or yourself, so just stop it, yeah?

A lack of sexy time isn’t the only thing Uber wants to enforce, other seemingly obvious rules such as not hitting its drivers, using inappropriate language or carrying drugs or guns while in the car have also been added to the naughty list.

When rules like this have been brought into force, you’ve got to ask yourself what people had been getting up to beforehand? Ewww. 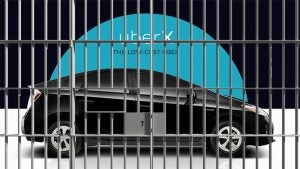 Coming in with immediate effect, play fast and loose with the five new Uber laws and you’ll find yourself banned and facing a long walk home on your next night out.

What else made the list? Well, the full set of newly introduced guidelines reads:

What’s the worst thing you’ve seen someone do in an Uber? Let us know in the comments.