Well, it finally happened. Twitter has confirmed it has suspended the account of US president Donald Trump. This time, apparently, for good.

In a statement on Friday evening, Twitter said it was taking the extreme action because it was concerned Trump would use the platform to incite further violence.

It comes after a brief suspension this week over a number of tweets where Trump appeared to praise the efforts of the loyalists who shockingly stormed the US Capitol building in Washington D.C. this week.

The statement from Twitter says: “After close review of recent Tweets from the @realDonaldTrump account and the context around them — specifically how they are being received and interpreted on and off Twitter — we have permanently suspended the account due to the risk of further incitement of violence.”

In reporting aired on US television, CNN’s chief media correspondent Brian Stelter revealed Twitter CEO Jack Dorsey was pressured by his employees to ban Trump from the platform, following this week’s shocking acts of insurrection and the apparent condoning of the violence, which involved Trump telling the rioters: “We love you. You’re very special.”

Stelter reports: “Hundreds of Twitter employees signed a letter saying that they wanted Trump banned, and now he has been banned.” 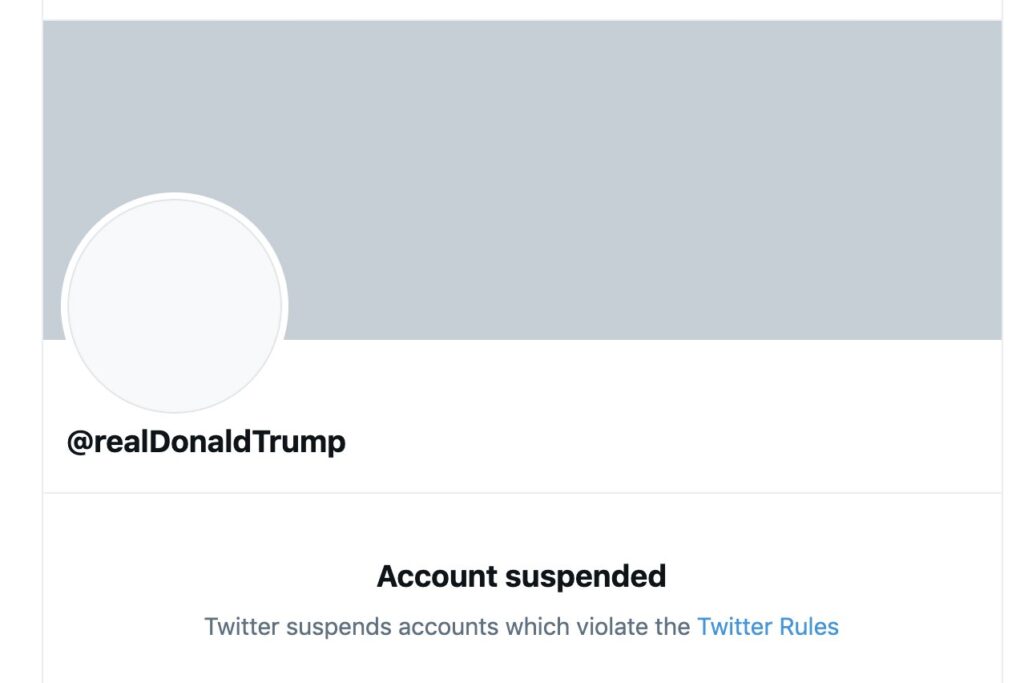 Trump has just 12 days left of his term before Joe Biden is inaugurated as the next president of the United States. Previously, Twitter has said that while Trump is a world leader his account would be free from the same standards as private citizens, because his tweets are in the public interest.

However, now it seems the company has decided the account is too dangerous to be left active even for the next two weeks. Twitter had previously removed or labelled inciting posts, as well as those containing misinformation about the US election results.

The suspension represents a significant intervention from a technology company. As well as receiving praise from Trump critics for this move, the company is likely to take heat from freedom of speech advocates and Trump loyalists.

Trump used Twitter as his soapbox well before becoming elected as president and, throughout his term, it has remained its favourite means of reaching the masses. Now his megaphone has been taken away.