Toshiba has taken the wraps off its upcoming Portégé 2-in-1, which comes with a claimed 16 hours of battery life and a Kaby Lake processor.

The Japanese firm claims the new convertible is the world’s thinnest and lightest Kaby Lake-packing business notebook, and at 15.4mm thin and 1.1kg, it certainly looks to be a very slight device.

But it’s the 16 hours of battery life that has us intrigued, especially as it also comes with ‘step charge’ technology which apparently gives you four hours of power after just 30 minutes of charging.

The Portégé X20W-D seemingly manages to squeeze those extra hours of juice out of the battery thanks to the energy efficiency of the seventh-generation Intel Core U-series processor.

In terms of design, the X20W-D comes with a 360-degree hinge, which means you can fold the top half all the way around and turn the device into a tablet. 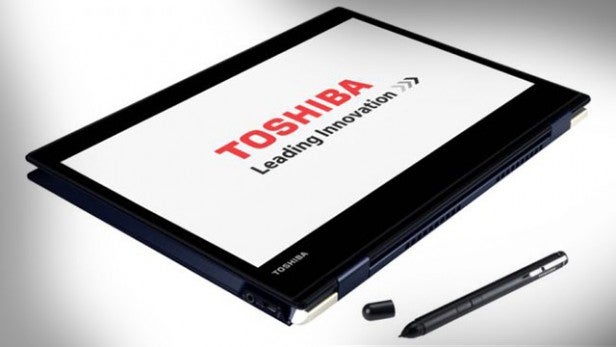 Toshiba’s also provided a stylus so you can use the new convertible to record all your moments of artistic inspiration.

On top of that, the business-oriented Portégé comes with some extra security features, including a fingerprint sensor and an infrared camera.

The latter addition means you’ll be able to make use of the Windows Hello feature, which lets you use your face to log in to the laptop.

Elsewhere, there’s Gorilla Glass 4 on the display, while the keyboard is backlit, and the stereo speakers come courtesy of Harman Kardon.

Ports include a USB Type-C connection, HDMI, DIsplayPort (and legacy VGA), plus a new Thunderbolt 3 Dock is also available.

Toshiba has also included a ‘hybrid air cooling’ system which should ensure the various internal components stay suitably cool when the device is in use for prolonged periods.

The Portégé X20W-D is set to launch in Europe next month, though pricing is yet to be confirmed. Stay tuned for the latest in the coming weeks.

Let us know what you think of the new Portégé X20W-D in the comments.