Thor Ragnarok, the third instalment in the Marvel Studios movie series, has leaked online almost a month ahead of its scheduled digital release date.

The blame is being laid squarely at Apple’s door.

Customers who pre-ordered the movie through MoviesAnywhere and Vudu were able to immediately download the film through iTunes.

Now, TorrentFreak reports, the film is being widely pirated across the internet “at a furious rate.”

A screenshot from The Pirate Bay shows at least seven torrent files with tens of thousands of active downloads at present. 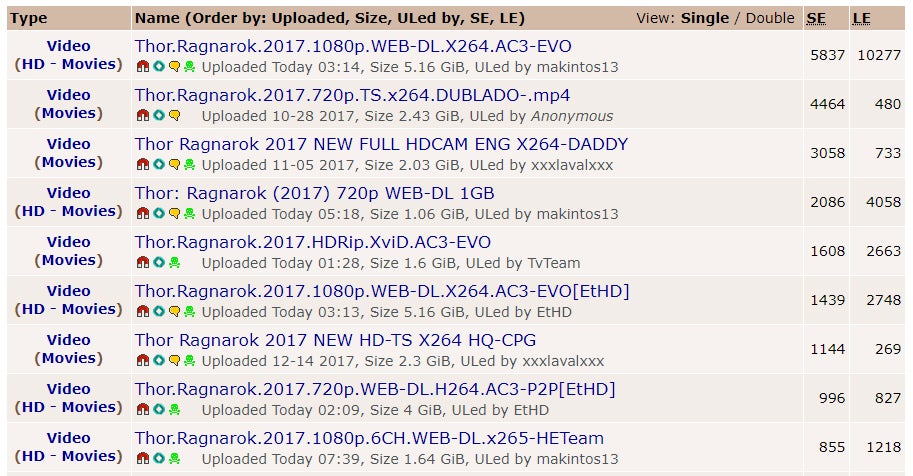 The film was scheduled for digital release on February 19 and it’s not entirely clear what happened behind the scenes to make the film available to iTunes users.

In a now-deleted Reddit post one customer explained: “I pre-ordered Thor Ragnarok on Vudu yesterday and it links it to my iTunes also.

“But curiously it showed up in my iTunes library this morning (pre-orders shouldn’t). And now I can watch the full movie in HD. I obviously downloaded it right away.”

Some with access to the file worked to find a way to remove copyright protections.

There’s been no comment from the major players on how this happened, but Marvel must be ready to rain down a Hulk Smash of epic proportions.

Have you benefitted from the early Thor release? Drop us a line @TrustedReviews on Twitter.