Looking for a new console? We’ve found another brilliant Xbox One S bundle deal that’ll save you loads of cash.

Game is offering a great deal on the Xbox One S with Fifa 17 (500GB) bundle, combining it with Forza Horizon 3, Halo Wars 2 (with free DLC), Halo 5, Gears of War 4, and a two-month pass for Now TV Movies – giving you access to loads of Sky Cinema content for free.

The bundle is just £219.99, which is a massive saving. For comparison, here are the prices of the bundle’s individual components (via Amazon): 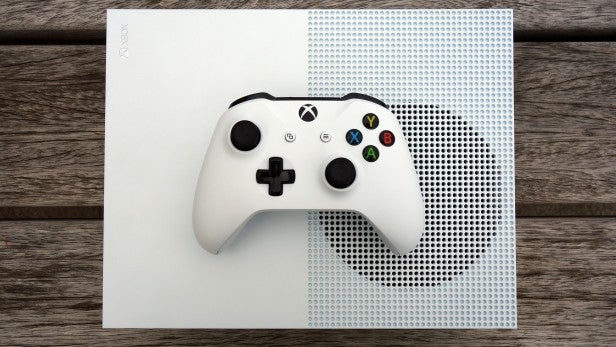 We gave the Xbox One S a high 4/5 score in our review, praising the console’s small form factor, 4K upscaling, value for money as a UHD Blu-ray player, HDR compatibility, and the improved and grippy controller.

Here’s our verdict at the console’s original £350 review price:

“The Xbox One S is far better than the original Xbox One, with improvements on every front. It’s smaller, it’s prettier and it includes a greater number of features. Sure, the gaming element is almost unchanged, but HDR gaming compatibility means at least a degree of future-proofing. Then there’s the 4K output: although it’s upscaled, rather than native, right now this is the best you’ll get from a console.”

“But the real worth is the ability to play UHD Blu-rays. This is the most affordable 4K Blu-ray player on the market, and it’s a competent performer to boot. If you own a 4K TV and you want your movies and games looking their best, the Xbox One S is a no-brainer.”

“Microsoft faces competition from Sony’s PlayStation 4 Pro. While the Sony offers 4K and HDR in gaming, it doesn’t play UHD Blu-rays. That’s a major omission in my book, leaving an open goal for the Xbox One S.” 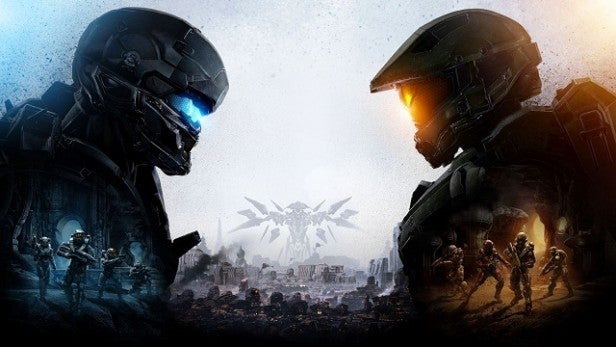 We’ve also been impressed by the individual bundle components:

Fifa 17 (4/5): “FIFA 17 is another strong entry in the iconic series, and one that looks to lay the groundwork for future titles by switching to a new engine. The hyper-realistic graphics are great, with facial expressions finally helping players look more than mannequins.”

Forza Horizon 3 (5/5): “Besides that time I threw my Mustang around the bends of the Blue Ridge Parkway, I have never had a more fun, thrilling or satisfying driving experience.”

Halo Wars 2 (3.5/5): “Halo Wars 2 suffers a little from its console limitations, but it’s a solid RTS with a strong campaign and a good overall feel for the Halo universe. After a slow start the mission design grows much more interesting and while there’s little here you won’t have seen in a StarCraft, it’s all handled with variety, pace and drama. There’s potential too in the multiplayer modes, particularly Blitz with its unique hybrid style.”

Halo 5 (4/5): “The exceptional high points and brilliant multiplayer make it a must-play for just about anyone with an Xbox One, but it’s going to be a long time before we’ll know if 343 has made the right choices here or taken Halo down a path that’s best not travelled.”

Gears of War 4 (4.5/5): “Gears Of War 4 does everything required to get the franchise roadie-running into 2016 without losing what made it so good to begin with. One of the best games on the Xbox One.”

Have you spotted any great tech deals recently? Let us know in the comments.