Microsoft has a lot to answer for in the world of cheap laptops.

I’m not convinced Windows 10, as it stands, is fit for the realities of budget netbooks. The likes of Google’s basic but ever-improving Chrome OS and the wonderful (and free) world of Linux are looking ever more attractive and, so far, Microsoft hasn’t come up with an answer. Both these operating systems are just about fit for a dual-core, bottom-of-the-range Intel Celeron, but I don’t think the same can be said of Windows.

Windows 10 Cloud, which has been making its way through the rumour mill for several months, seems like Microsoft’s best chance of not losing out completely in an area in which it really needs to be present. The most recent news points to specs advice on so-called ‘Cloudbooks’, asking for quick boot times, Intel Celeron processors, and 4GB of memory. 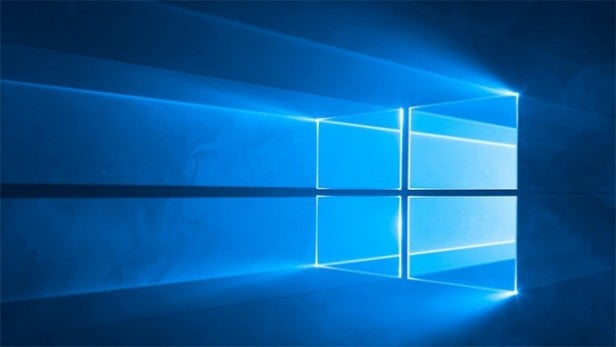 But it’s about more than just hardware. The success of these machines depends what form the operating system takes, and recently, there have been two vital decisions from Microsoft that could determine whether Windows is what budget laptop buyers are looking for.

First, Microsoft has done a huge amount of work in improving the much-maligned ‘Modern’ apps of Windows 8, and having launched the Universal Windows Platform (UWP) for developers, there’s progress being made in lightweight apps that can be kept in check in terms of security and permissions.

Second, Microsoft has committed itself to being compatible with ARM-based processors as well as x86-based chips, which are currently the norm. This opens the door to laptops powered by cheaper, more power-efficient chips that run on hardware designed by ARM. Intel, by far the biggest player in the world of computer chips, has said it will also start working on chips that are based on ARM designs. Microsoft is even creating an x86 emulator that can run applications on ARM processors.

These two crucial developments open the door to my ideal vision of Windows 10 Cloud: essentially a lightweight OS with UWP apps and nothing else. Incorporate the Edge web browser, Office365 applications (for a subscription), and get enough big players such as Spotify, Netflix, and Amazon on board and you have a very attractive Chromebook alternative.

With only UWP apps allowed, and their permissions and performance strictly limited, Microsoft should be able to dial down all those background processes that bog down ultra-cheap laptops running full-fat Windows 10.

Oh, and it needs to be much cheaper to licence. A chunk of the cost of any new Windows laptop is the price of Windows itself. Ditch a bit of that with the knowledge that you’ll see more units, and I think it’s a genuinely great idea.

This all sounds simple, and you won’t be surprised to hear this isn’t an original idea. In fact, Microsoft has already done this in some form twice in recent years – first in 2012 with the ARM-compatible Windows RT. Horrible name, bad execution. The market wasn’t ready for it and only a handful of devices ever launched.

Second with Windows 10 Continuum – Microsoft literally built Windows 10 into its Lumia handsets, as did HP, but it was slow and, more importantly, nobody seemed to care. It’s all gone very quiet since.

This is Microsoft’s best chance to catch up with Google Chromebooks, and I hope it delivers at its event scheduled for May 2.

Can Microsoft catch up to Google’s Chomebooks? Let us know what you think in the comments.