Last week, Patently Apple uncovered evidence that Apple has at least considered the possibility of a MacBook with Apple Pencil support.

The patent shows a laptop with a small docking tray for the Apple Pencil to live and charge when not in use, where it can also mimic the functionality of the current F buttons via touch panels on the side.

Sarang Sheth of Yanko Design wasted no time in imagining how this boxy diagram would look once given that typical Apple design polish, and quickly provided some detailed mockups of what a MacBook Pro made to the patent’s specifications could look like.

Without a great deal to go on from patent diagrams, Sheth has room for a bit of creativity, and one aspect that doesn’t seem hugely likely is the space devoted to a miniature Touch Bar to the right of the Apple Pencil dock. Given the Touch Bar is widely tipped for the chopping board with the upcoming 2021 MacBook Pros, it seems unlikely that it will be resurrected any time soon.

Of course, any such design change would also need a big specification change from all previous Apple laptops: the introduction of a touchscreen, and the continued blurring of the iPad and MacBook experiences. 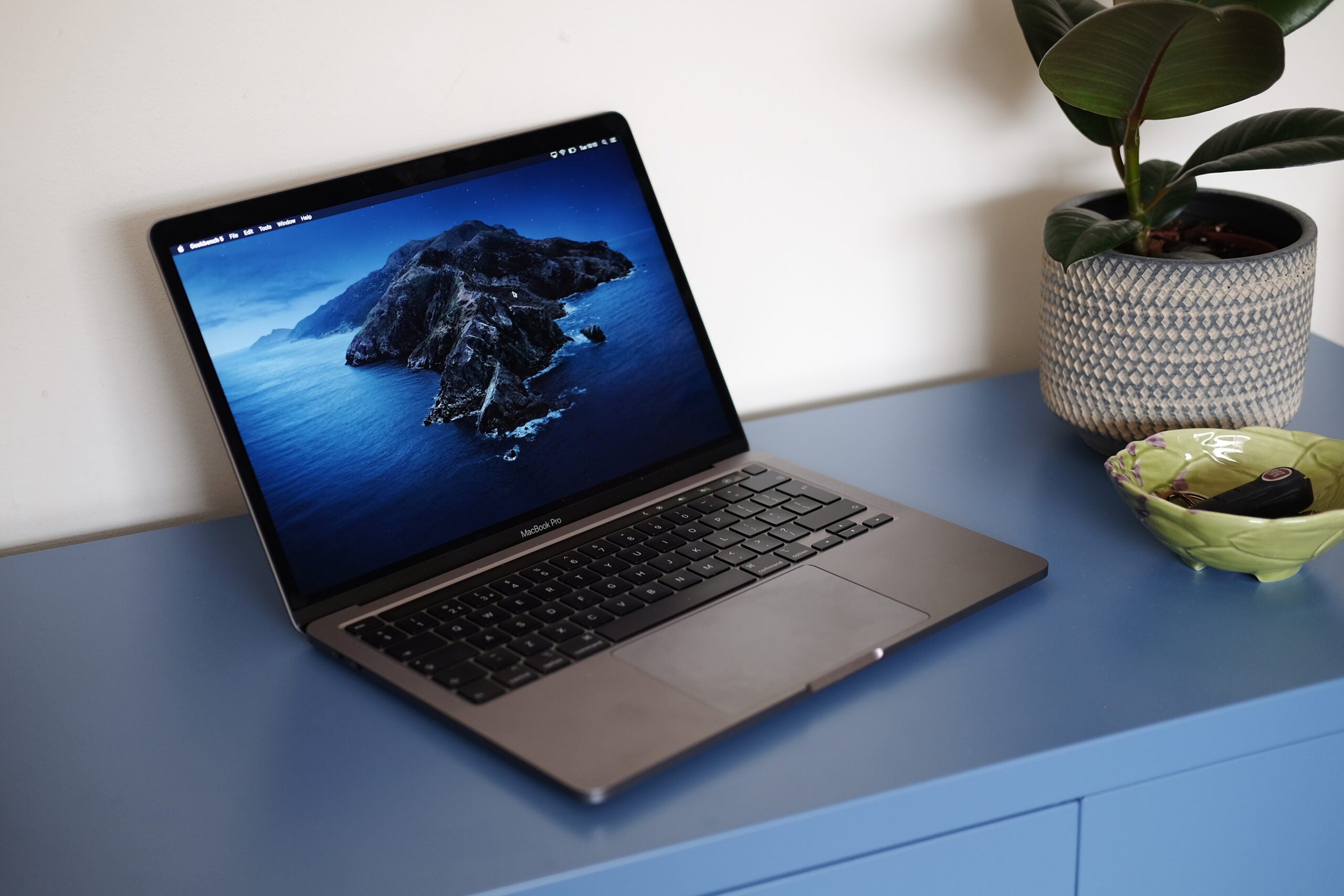 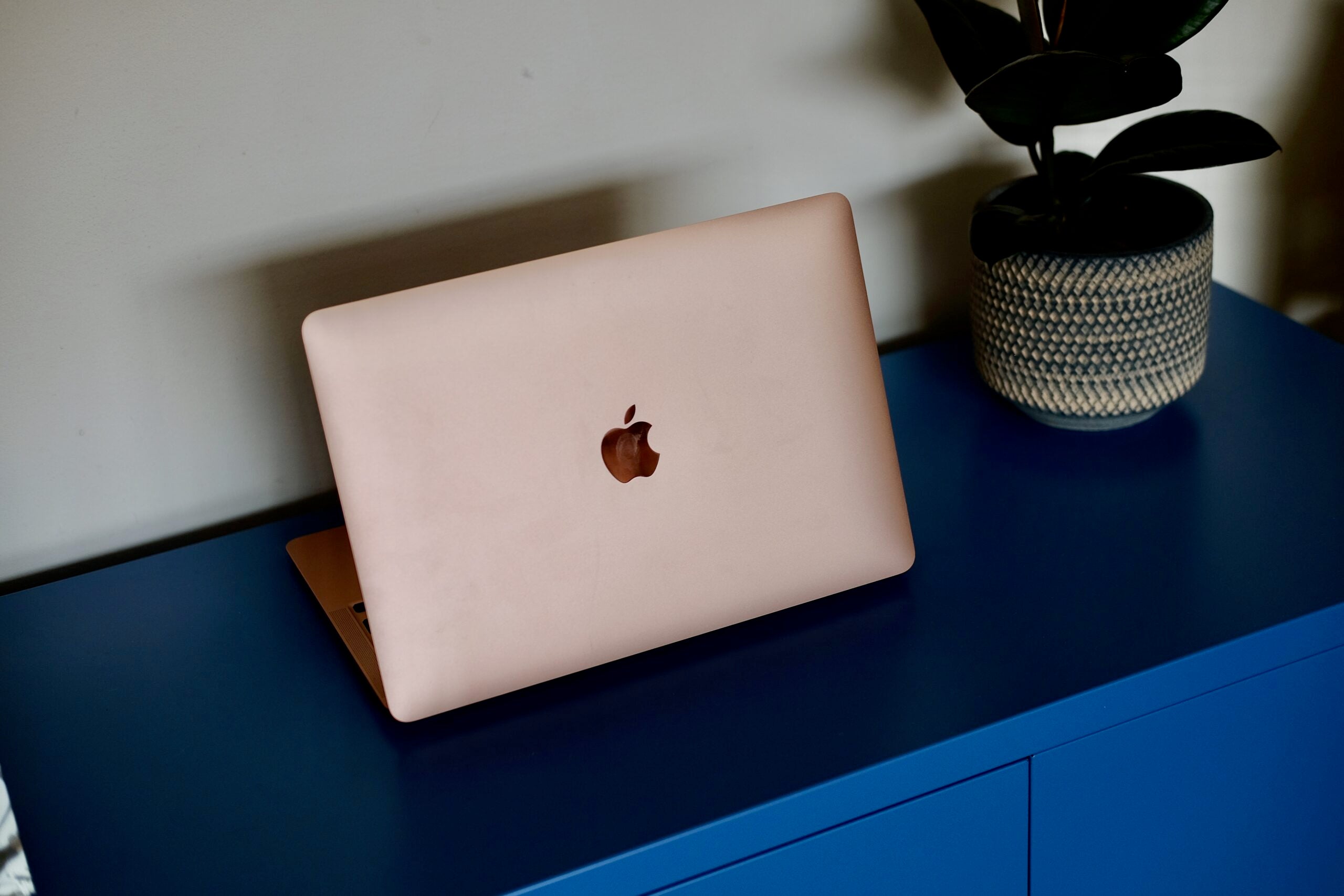 Best MacBook: Which Apple laptop should you buy? 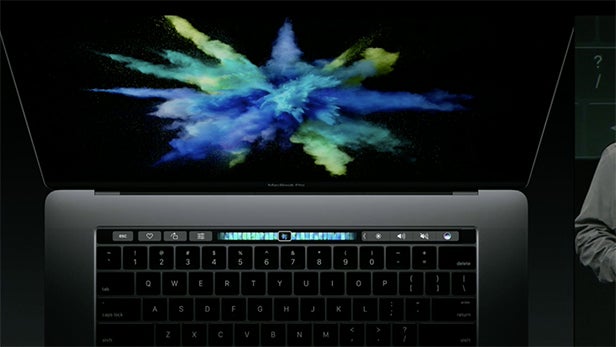 We’ll have to see if such a plan is in Apple’s roadmap, but remember that sometimes a patent is just a patent, and won’t ever be actioned in a commercially available product.

A move away from Jobs’ instincts?

While other high-end laptops have embraced touch screens, Apple has never given any indication that such a move is on the cards for the MacBook. Indeed, when Steve Jobs was alive, he made it pretty clear that such a design had been considered and dismissed by the company.

“We’ve done tons of user testing on this, and it turns out it doesn’t work,” he said in a presentation captured on video. “Touch surfaces don’t want to be vertical… It doesn’t work. It’s ergonomically terrible. Touch surface want to be horizontal, hence pads.”

If Apple does indeed pursue vertical touchscreens, it wouldn’t be the first time the company has gone against Jobs’ beliefs since his passing. The founder was also completely set against stylii, and that didn’t stop the later creation of the Apple Pencil, after all.

But as the owner of a touch-screen laptop, I have to side with Jobs on this one. The Surface Laptop 2 I bought in 2019 (now covered in wood thanks to a curry-related accident) has a touch screen that I only ever use by mistake when trying to give it a bit of a clean.

It supports the Surface Pen, and I’ve tried it. But I remain unconvinced thanks to the screen’s tendency to wobble when touched, and the way the keyboard gets in the way when you lean over to doodle.

These problems aren’t necessarily insurmountable, of course, but it does seem to me that a neat spot to store the Apple Pencil isn’t the biggest problem standing in the way of a touchscreen MacBook becoming a must-have product.