Apple is almost certainly going to release a new smartphone later this year, and now we may already have an idea of what it will look like.

A schematic purportedly depicting the iPhone 7 has surfaced online, giving us a possible early look at Apple’s upcoming smartphone.

The image was obtained – and subsequently posted – by French technology site Nowhereelse, which has an excellent track record for breaking mobile leaks. The website is helmed by journalist Steve Hemmerstoffer, who is highly regarded in the industry for his leaks under the pseudonym ‘OnLeaks’. 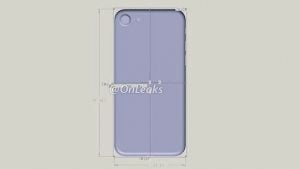 So what does this schematic tell us? Very little, unfortunately. Perhaps the most interesting point to note is that the handset pictured is 138.3mm long and 67.12mm wide – those are the same dimensions as the iPhone 6S. Apple is expected not to significantly overhaul its smartphone design with the iPhone 7 – that’s saved for the iPhone 8, apparently – so these dimensions aren’t surprising. 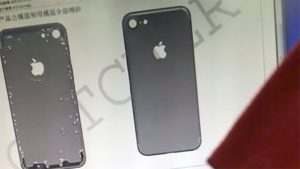 However, it’s tough to separate the wheat from the chaff when it comes to leaks, especially when it comes to supposed phone schematics. We have no way of actually verifying the legitimacy of this image, so we’d advise not reading too much into this latest leak. After all, renders are easily faked, and this is hardly a very detailed schematic.

Apple is expected to reveal its next flagship smartphone – the iPhone 7 – at a dedicated launch event in September. Unsurprisingly, the company is keeping mum about the prospect of a new phone, so we’ll have to settle for vague leaks and speculation for now.

What would you like to see from the iPhone 7? Let us know in the comments.