It’s happened. Google has put the final nail in consumers’ hopes that it’d make a follow up to its iconic Nexus 7 tablet, leaving the Apple iPad to rule, all but uncontested.

For whipper-snappers who’ve grown up on Apple iPads and Google’s Pixel line of devices, this probably won’t be too difficult of a pill to swallow – after all, the Google Pixel C and Google Pixel Slate were interesting devices, but they felt more like proof of concepts than legitimate iPad rivals.

But to people old enough to remember the first and second generation Nexus 7s, like me, this is tragic for two key reasons.

First, because the Nexus 7s weren’t just good, they were THE best Android tablets ever made.

Yes, there had been Android tablets before, but when the first generation Nexus 7 launched in 2012 it completely changed the tablet market.

Prior to it, outside of Asus Transformer series, which was the first tablet to come with a keyboard attachment, Android slates were niche, expensive, awkward products best avoided – remember the Motorola Xoom 2?

Despite being an ardent Android fan and open source proponent, back then even I had to admit the only tablet worth having was an Apple iPad. 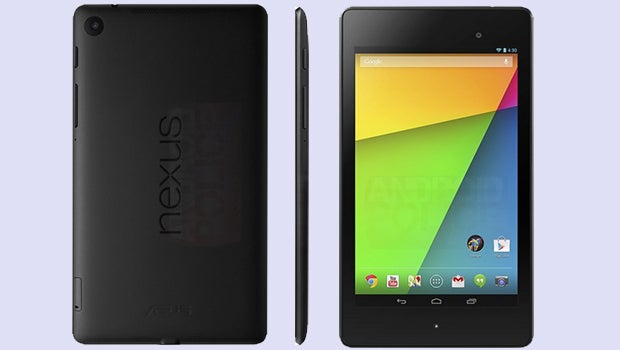 But the Nexus 7 changed this, being one of the first small form-factor tablets on the market actually worth buying. Add to this its ridiculously low £195 starting price and, at the time, cutting edge, iPad-rivalling specs, and it justifiably made huge waves in the tech world.

Google’s never released formal Nexus 7 sales figures, but it’s believed to have been one of the best-selling tablets that year − and potentially of all time. David Chang, the CFO of Asus, which co-made the tablet with Google, estimated that by October 2012, it was selling around one million Nexus 7s per month after its release.

If accurate, this makes the Nexus 7 the first Android tablet to genuinely rival the iPad.

When the second generation Nexus 7 arrived in 2013 and pulled off the exact same trick, it felt like Android tablets were finally becoming a thing and Apple’s choke hold on the industry was coming to an end.

Then Google pulled a 180 and chose to make top-end, super expensive Pixel devices, like the Pixel C tablet, rather than great value Nexuses. I’ve argued before why the Google Nexus line was a better strategy than Pixel and I stand by my belief: the way to take on Apple isn’t in the top end, it’s to offer users better value products.

This leads to my second reason. Without Google tablets, the market will once again turn into a one horse race. At the moment this isn’t too bad, as Apple’s current iPads are without a doubt excellent devices. But in the long-term, only having one big player in the market is always dangerous.

We saw this with the CPU market. Before AMD Ryzen came out, Intel was pretty much the only option. As a result it’s product’s prices skyrocketed and the company got a little complacent when it came to R&D, leading to smaller improvements on each new generation. The same is still debatably going on with GoPro in the action camera market.

I’m not saying Apple will 100% fall into that same hole. But without a rival nipping at its heels it’s definitely a possibility. Even if it doesn’t, without Google setting a gold standard there’s also a danger it’ll cause other tech companies to get a little lazy when making Android tablets.

And that’s why I think Google pulling out of the tablet market entirely is a tragedy for consumers.