Polk Audio’s React is the latest soundbar from the brand and a compact effort that features built-in support for Alexa and virtual surround sound.

It’s becoming a bigger trend in the soundbar market to offer compact units that replicate the effect of surround sound in the living room. The latest to try it is the Polk React (£249/€299/$249), which packs in built-in Alexa support and offers Dolby Digital and DTS 5.1 virtual surround sound.

Convenience appears to be the name of the game for the React. Not only is it a compact one-box unit, it has added convenience with Alexa built-in. With the smart assistant onboard, users can usher voice commands to the soundbar via its four far-field microphones such as adjusting volume and bass levels or as an Alexa controller for other Alexa-toting devices around the home.

There’s also support for Alexa’s Communication feature, which gives users the chance to call other people’s phones or Alexa-enabled devices at no extra cost, and with Alexa Multi-room Music, you can pair multiple Alexa-enabled speakers with the sound bar for music around the home.

There’s an upgrade path for the React if you want, or have space, to add more speakers to the system. The React can be used as a standalone bar, or paired with the Polk Audio SR2 wireless rear surround speakers (£159/€179/$199) and React Sub wireless subwoofer (£179/€199/$199) to create a full 5.1 surround system. But even if you don’t go down that route, Polk say the React is optimised to get the most of Dolby Digital and DTS 5.1 soundtracks.

Connections include HDMI ARC, USB and Optical, with wireless connections available in Bluetooth. Its low profile design should ensure it doesn’t block the signal to the IR sensor on a TV. Placement options include sitting in front of a TV or wall-mounting the unit. 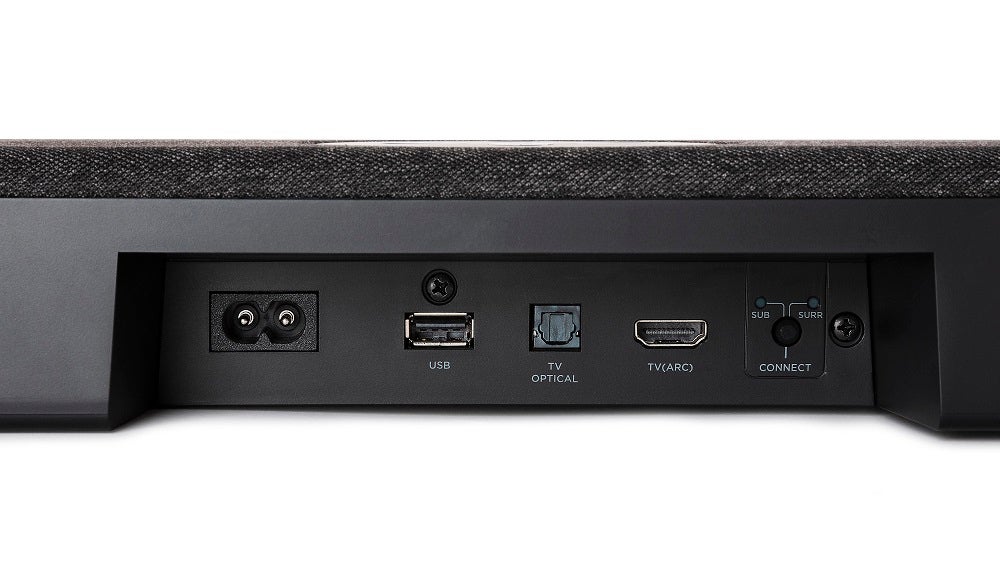 With Polk Audio’s proprietary Voice Adjust technology, listeners can tweak voice levels and make dialogue crystal clear without cranking up the volume. Ready-made presets are available in Movie Mode and Music Mode, and there’s a dedicated “Night Mode” so the sound from the bar doesn’t disturb anyone else in the house by reducing bass levels and enhancing dialogue levels.

The Polk React soundbar is available to pre-order from Amazon and other authorised resellers now, with an on sale date pencilled in for mid-February 2021 for £249/€299/$249. The SR2 wireless rear speakers and React Sub wireless subwoofer are available to purchase separately.