The Philips Fidelio continues its Phoenix-from-the-flames resurrection, with the announcement of the B95 and B97 Atmos soundbars.

Philips has announced the arrival of two new high-performance soundbars in the B95 and B97, with the latter a world first in its certification for IMAX Enhanced content. 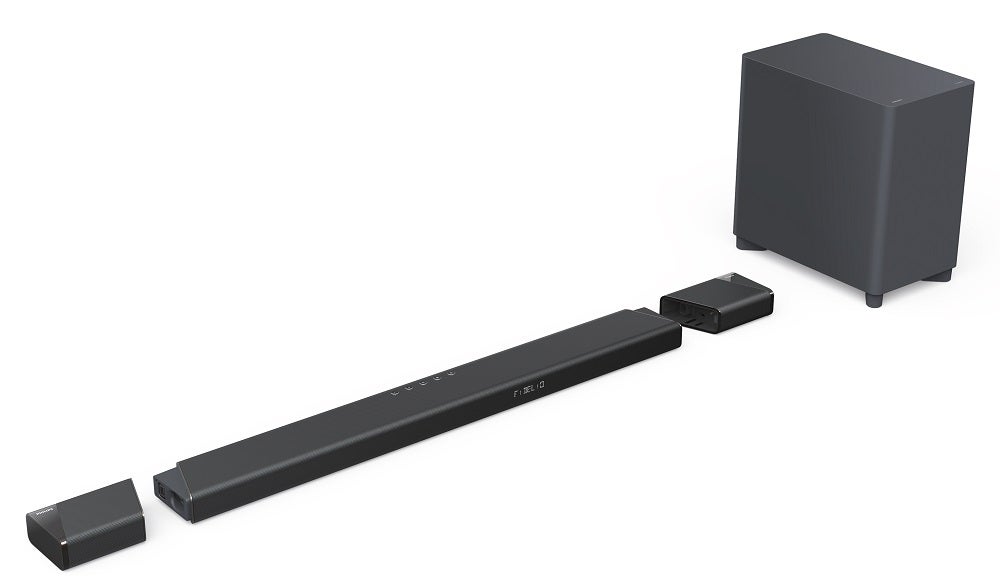 The Philips B97 sound system

The B97 system is made up of 17 drivers, including eight ported 1-inch x 3.5-inch bass/mid racetrack drivers, with one racetrack driver mounted in each detachable speaker. A further two drivers function as the dedicated centre channel. Other driver units include the upfiring 2.5-inch speakers for Atmos, and an 8-inch bass driver in the wireless subwoofer that Philips say delivers frequencies down to 35Hz. The total power output is 740W, with 500W in the main bar and 240W in the sub.

As well as its support for Atmos and DTS:X, the B97 is one of the first Philips Sound products to gain IMAX Enhanced certification. This means it meets IMAX standards for the best in home cinema audio. The two HDMI 2.1 connections are both eARC compatible and support 4K HDR pass-through.

Wireless connectivity is via Bluetooth and AirPlay 2 plus DTS Play-Fi, which opens the soundbar up for multi-room with other compatible Philips’ and Play-Fi products. Just to add to the feature set, there’s compatibility for Google Assistant and Alexa. 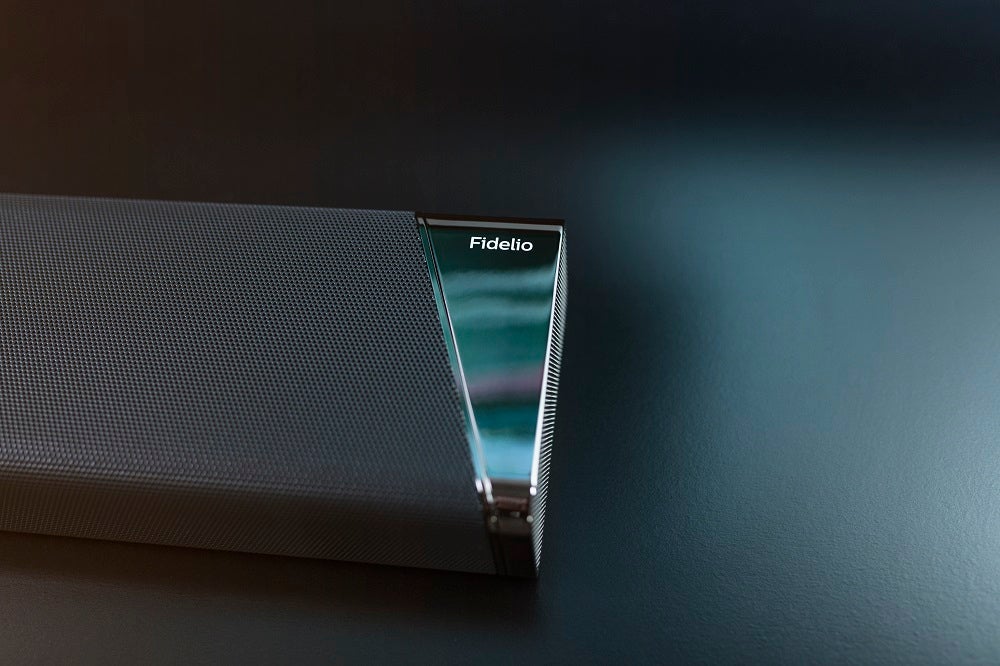 The Philips B95 soundbar

The B95 is the step-down soundbar, and offers Atmos in a 5.1.2 configuration but does not feature Philips’ Surround-on-Demand tech. The number of drivers tallies at 14 including five 19mm soft dome channels, three pairs of ported 1-inch mid/bass racetrack drivers and two angled, upfiring Atmos speakers. The wireless subwoofer can, according to Philips, deliver bass frequencies down to 35Hz with its 8-inch bass driver. Power is rated at 450W for the main bar and 240W for the sub. Hands-free interaction is through Alexa and Google Assistant.

We’re still awaiting word on UK prices, but suffice to say they’ll be at the more premium end of the market.