Naughty Dog crafted a modern masterpiece with The Last of Us. It was and remains a post-apocalpytic marvel that told a tale of love, loss and learning to appreciate what little you have in a world that’s constantly falling apart around you. Now, a sequel is ready to tear our hearts out all over again.

Joel and Ellie’s emotional story will continue in The Last Of Us Part 2 with an older, and angrier Ellie. Recent trailers showcase a stark and beautiful tale tinged with a helping of ultra-violence, and now we finally have an idea of the sequel’s rough plot structure and gameplay mechanics. Oh, and Naughty Dog finally spilled the beans on the long-awaited release date, too.

Trusted Reviews has compiled everything you need to know about The Last of Us 2 including all the latest news, release date, story, gameplay and more. We’ll be updating this page frequently, so keep it bookmarked for all the latest news and announcements.

Naughty Dog has released a new trailer for The Last of Us 2 ahead of its June 19th release. This one places a deeper focus on narrative, but remains ambigious enough that you can watch it without fear of major spoilers. It’s gorgeous, and outlines Ellie’s mission of revenge that will take her across America as she fights the infected, an evil cult and other horrible things.

There’s some interesting observations to be made from this trailer, including the fact that flashback sequences could play a major role in the story. A younger version of Joel and Ellie can be seen at multiple points, indicating that the opening hours of the game could take place in the past before we jump into the future and embark on a bloody tale of revenge. This is all just speculation on our part, but would provide some essential context given a lot of time has passed since the first game.

The Last of Us 2 Pre-order

The Last of Us 2 – Includes free guitar plectrums

Ellie's journey continues in The Last of Us 2, now available to pre-order (and with the lowest price going right now) via ShopTo. 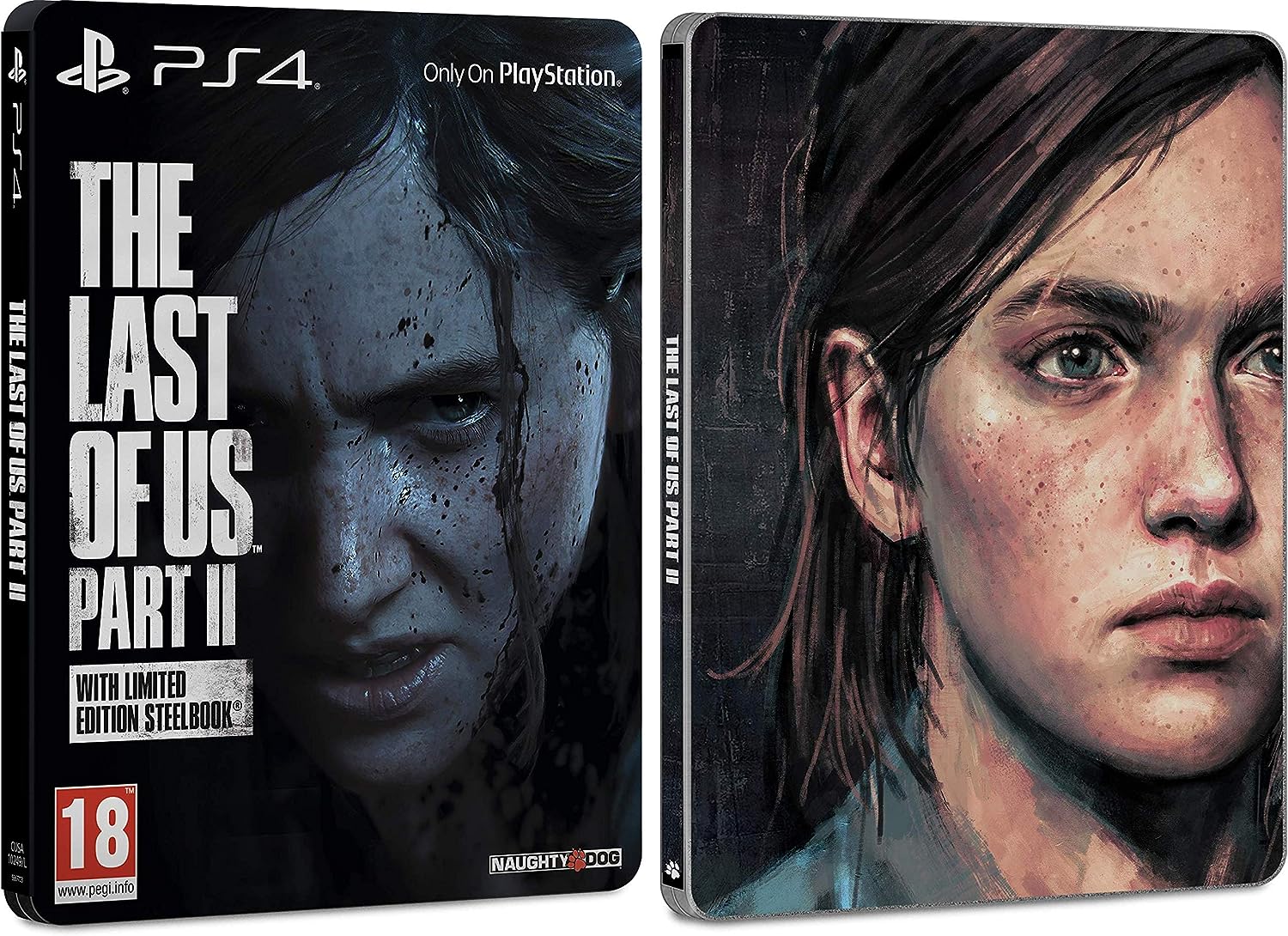 The Last of Us 2 (Steelbook Edition)

Let's face it, sometimes it just worth splashing out a bit more for the steelbook. In this case, it won't cost you much more than the standard version, so it's hardly a bank buster.

The Last of Us 2 release date – When is it coming out?

After receiving an “indefinite delay” Naughty Dog has broken cover to announce that The Last of Us 2 will now launch on release on June 19, 2020. It was previously delayed due to logistical concerns relating to Covid-19 and removed from all digital storefronts. That has now changed it seems, shortly after large parts of the game were leaked online. If you’re worried about spoilers, we’d be very careful leading up to release going forward.

Media from all over the world have now gone hands-on with The Last of Us 2, providing us with a glimpse at how the long-awaited sequel will play when it finally launches next year. In the grand scheme of things, it will follow a similar road to its predecessor, albeit with far more ambition crammed into every possible facet. It’s going to be positively massive both in terms of its narrative and gameplay, allowing players to explore a beautiful world while making harrowing progress within it.

Unlike the last installment, it seems Ellie will be the sole protagonist, the player taking control of her throughout the entire campaign. However, Naughty Dog love to keep players guessing, so we wouldn’t be surprised if we step into Joel’s elderly shoes later into the narrative. Ellie is still young and prone to rash decisions without considering the consequences – a personality trait which leads her on a deadly mission of revenge that lays at the centre of The Last of Us 2.

Ever since its reveal, it’s been clear that Ellie will depart on a journey of vengeance, bitter and bloody as she tears countless souls apart over her own anguish. The source of this is now clear. It appears her romantic partner, Dina, has been murdered or kidnapped by a mysterious cult known as The Seraphites. Before her fate is revealed the screen fades to black, purposely leading us into an ambiguous realm of speculation. She might’ve met a fate worse than death to make Ellie so relentless in her pursuit.

However, she isn’t the only returning character. Other familiar faces will re-emerge to hold Ellie back from the brink, hoping to warn her of the dangers that await – knowing a journey of hateful demolition will only breed more violence. It’s a vicious cycle, and one arguably perpetuated by Joel – Ellie’s father figure in this broken world. The lies he told to keep her close in the first game have arguably shaped her view on society, how people are programmed to lie and take advantage of her for their own means. So, whenever she grows close with somebody, those foolish enough to threaten that bond need to pay.

I can’t wait to see this dynamic explored, if only to see how character arcs we’ve followed for so many years blossom and diverge into what will undoubtedly be a heartbreaking crescendo. Ellie isn’t in need of a redemption story, she’s a victim of the post-apocalyptic world she was raised in, knowing nothing more than killing to survive. This makes the small moments of tenderness all the more powerful, bringing home the reasoning behind her masochistic spree or murder.

I just hope the narative doesn’t lean too heavily on the death of a queer character, in this case Dina, to drive the overall message. It’s lazy and overplayed, even in a universe as tragic as this one. I believe Naughty Dog knows better than this, with the very same trope being used in its Left Behind expansion only a few years ago. It’s single-handedly set multiple benchmarks for cinematic storytelling, and I’d love to see that trend continue without an ill-considered decision holding them back.

Only just realised I’ve spent ages talking about the narrative and have hardly talking about how The Last of Us 2 will play, so let’s jump right in.

If you played the original, many of the core ideas will feature largely familiar. Enemy encounters can once again be tackled with a mixture of stealth, gunplay and melee combat, all of which are disgustingly brutal methods of taking care of things. If the situation calls for it, you can avoid foes altogether by sneaking around them with slow, cautious footsteps and timely distractions.

Ellie can hurl bricks, bottles and other items across the environment, drawing bandits into a false sense of security before silently dispatching them. Alternatively, and likely more her style, she can whip out a bow and pierce them with arrows. It’s still a quiet way of doing things, but far more likely to attract attention. Specific weapons remain unknown, although so far we’ve seen a variety of rifles, pistols and an assortment of hands-to-hand trinkets. There is absolutely no silver lining when you’re bludgeoned to death with a hammer, the claw of which often left gouged in a foe’s cheek as they fall to the ground.

Crafting will play a major role once again, with Ellie now capable of creating explosive arrows and other ammunition types for use with her arsenal. This should provide ample room for experimentation for large encounters, throwing enemies into a fit of panic before systematically picking them off from a distance. Ellie can now whistle while crouching in the bushes, taking inspiration from Uncharted 4’s more nuanced approach to stealth and giving it an infinitely more bloody persona.

Arenas seem far larger, no longer constrained to small, semi-claustrophobic corners of abandoned cities and woodlands like before. Bandits have specific routines, exchanging banter with each other about their daily lives or the evil missions they’re currently on. They might even mention Ellie, aware of her existence around them but afraid of whenever she might strike. The E3 2018 trailer showcases so many examples of this, and we’re incredibly eager to see more.

Exploration will once again play a major role in The Last of Us 2, with Ellie embarking on an adventure that spans a huge distance. The latest trailer has her trailing mountains, abandoned cities and various other gorgeous locales, teasing a scale unlike anything we’ve seen Naughty Dog tackle before. We imagine the campaign will still be rather linear, but offer a number of chances for players to abandon the beaten path in favour of optional objectives, hidden collectibles and other bits of brilliance. You even get your own horse!

Movement is now far more nuanced, with Ellie being capable of hiding amongst the grass, crawling along the floor to conceal herself from threats before unleashing hell upon them. Enemies are more varied too, with dogs patrolling certain areas, even remembering our heroine’s scent from previously visited areas. Infected are more varied, with a new type capable of chasing the player around before exploding on impact. From hands-on impressions, these additions can change the game completely.

The Last of Us 2 Trailers – How does it look?

We’ve compiled all of the latest trailers for The Last of Us 2 below. Be warned, it does get a bit violent.

Pre-order The Last of Us Part 2 from Amazon