From today, the GoPro app will feature an overhauled design, including new features such as simplified browsing and a mural for seeing your best work in one place, which should go a long way towards improving the overall experience.

The highlight of this new update, entitled ‘Mural’, will offers users a chance to relive several of their best GoPro moments at the same time, which can be handy for giving new life to old content.

GoPro’s also improved the browsing experience on the app, narrowing it down to a three-stage process that includes letting you see all of your content at once and honing in on specific videos to get a better look.

Huge improvements are also being made to the app’s functionality with social media, as new highlight reels will allow users to share content even quicker than before. These reels will be automatically generated, letting you upload a day’s work in no-time, but the edit function will be available if you want to make any tweaks. 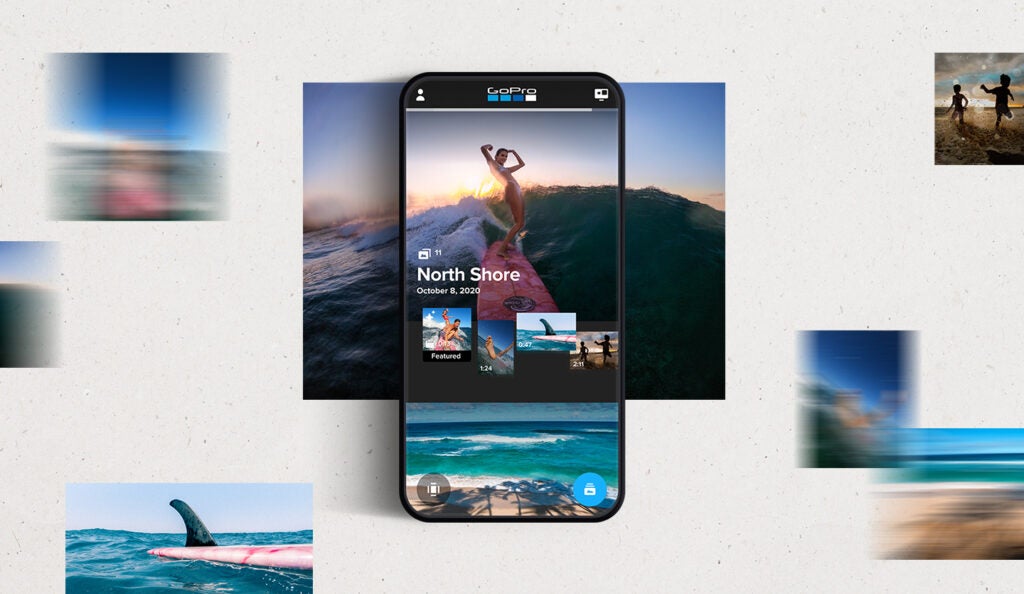 The new ‘Mural’ feature in the GoPro app

At the time of writing, the update is now available for both iPhone and Android users – all you have to do is update the app via your phone’s dedicated app store.

Typically the GoPro app has felt somewhat barebones in comparison to what’s on offer from its competitors, like the DJI Mimo app, but this update could be significant in changing that perception.

GoPro’s latest camera, the GoPro Hero 9 Black, launched only recently but brought with it some much needed changes to keep the brand competitive on the action cam market.

Surmising in our review: “GoPro has moved with the times and made an action camera much more comfortable to use for vlog-style videos. You can compose your shot right there from the front screen, and horizon levelling adds even more pro gloss, if you don’t mind the cropped field of view.”