It’s a long wait until E3 2020, which takes place from June 9-12 in Los Angeles, but the website just leaked, giving us a sneak peak at some of the plans for the expo.

Eagle-eyed reporters at resetera.com found their way onto the site − e3expo.com

However, anyone logging into the site now will find that it is, once again, locked. Thankfully the infiltrators managed to swipe some screengrabs before the lockout. Take a look below. 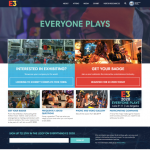 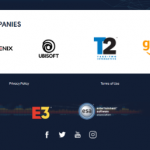 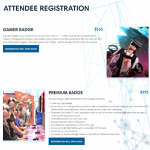 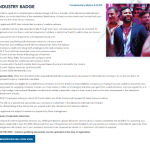 Of course, it’s no surprise to see the likes of Bethesda, Ubisoft and Square Enix on the participating companies section, but it does invite some speculation as to quite what the developers will have to show us in summer 2020. We can’t wait to see.

More unusual, if not unexpected, is the presence of Amazon Games. The developers from Amazon will surely be showing off their MMORPG, New World.

However, as we discussed in our recent coverage, there is another key question regarding Amazon’s presence at the show. Could it unveil a game streaming platform?

Industry analyst and former game developer, Patrick Rose, told Trusted Reviews: “The chances are good that Amazon is, or soon will be, ready to offer cloud gaming services. With Amazon’s upcoming MMORPG New World they might even have a great game in their very own pipeline already, which could be exclusively offered for free on their cloud gaming platform – and maybe even get monetised via in-game purchases.

Surely it’s high time that the series’ following gets an update?

Related: An Amazon game streaming service could arrive before the PS5

However, the game is expected to release after the company’s other project, Starfield, so even if fans do get an update, the game is likely a long way away.