What is Tom Clancy’s The Division?

Tom Clancy’s The Division is an online, open-world RPG experience based on exploration where you must restore order in New York following a man-made virus pandemic.

Sadly, the game has now been delayed, but from the looks of The Division, it’ll still be worth the wait.

If you’ve played Tom Clancy titles before, like the excellent Splinter Cell: Blacklist for example, all the tactical decisions and authenticities synonymous with them are all still present, but this is definitely a new take on the Clancy series.

The game is coming out on PS4, Xbox One and PC only, so will make use of the next-generation visuals available on these three platforms. From The Division screenshots we’ve seen so far the game looks absolutely stunning and uses an impressive dynamic lighting system.

From what we saw at E3 2013 last year, Tom Clancy’s The Division proves Watch Dogs is not the only trick up Ubisoft’s sleeve for next gen consoles. Although surviving a lethal virus outbreak is something that has already been tackled several times over in The Last of Us and every Resident Evil ever released for example, it looks like The Division is tackling it from a refreshingly new perspective.

“The most fascinating element will be whether The Division successfully manages to blend single and online multiplayer elements. If Ubisoft nails it, The Division could have another stunning game on its hands.” 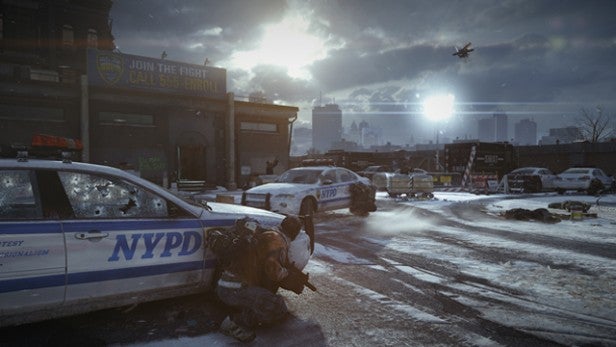 The Division Release Date – When is it coming out?

Sadly, The Division release date has been delayed until 2015 to allow more time for quality purposes.

The game has been in development since 2012, but Ubisoft believes the game needs more time for polish until it can be released.

“Working on The Division is a once in a lifetime opportunity for all of us at Massive, Reflections and Red Storm Entertainment. We are creating something we are really proud of and we don’t want to compromise on quality,” said The Division’s Dev Team. “We are going to release the game when it’s ready.”

“We want to thank you again for the exceptional ongoing support. Community is at the heart of what we are doing and we’re very much designing the game with you in mind, so your involvement means a lot to us.”

The blog post cited PS4, Xbox One and PC as the only development platforms for The Division and promised to reveal more about the game at E3 2014.

“The production is getting stronger every day and we can’t wait to show you what we’ve been up to at this year’s E3.”

The game was originally scheduled to launch in the latter half of 2014, but was never given a narrower launch window.

The Division News – What do we know so far?

Snowdrop allows developers to improve The Division’s fidelity, including “the animation on the cloth, the lighting [and] the particles”, which will help improve overall immersion.

“Snowdrop is a dynamic, interconnected and united system,” said Ubisoft in a statement last December. “The artist, the designer and the animators have the power to achieve their ideas and vision, simply by accessing the game directly within the engine.”

“Each thing the creators develop needs to be instant and in-game, so that they know exactly if it will work, with no baking time. That means lightning-quick iterations. The result is the ability to develop game features faster than ever,” said Snowdrop Engine developer Mass Entertainment, an Ubisoft Studio off shoot.

Only on next-gen consoles (and PC)
Thanks to the new Snowdrop engine, the game is only coming out on the new Xbox One and PS4 consoles as well as PC, just in case you were expecting to get a bit of The Division action on your old PS3 and Xbox 360.

Socially slanted
Unlike previous Clancy titles, The Division is the first with a strong social slant thanks to its new MMO elements. The third-person action is still based around tactical, cover-based combat but there’s a new, very strong emphasis on building up your kills and making use of your team’s individual specialist skills.

You can team up with your friends in co-op, jumping in and out of play at any time and use your combined skills to tackle the pandemic and its creators.

With up to four squad mates with you at any one time, one of you can even play using The Division’s Companion App on a tablet or smartphone if you don’t have access to the full game at any point.

The game lets you take part in player-to-player (PVP) trading, which is something never seen before in a Clancy title. 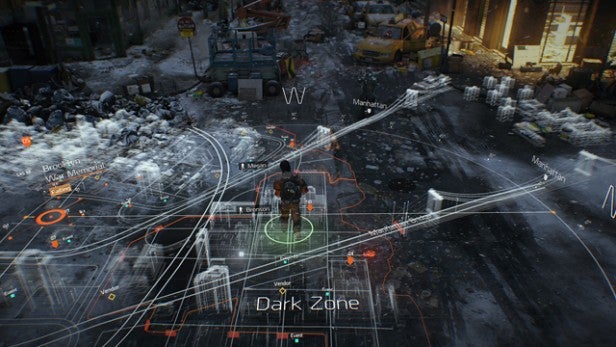 Go Second-Screen
Don’t fret if you’re away from home but still want to get in on The Division action, because the Companion app lets you take control of a drone that can perform in-game tasks like mark enemies, heal players, launch missile strikes and assist the team in other ways from a birds-eye view.

Choose your specialisation
As part of the social MMO elements, you’ll be able to discover new items by looting fallen foes or exploring New York to create new and improved gear that’s unique to you.

There are thousands of weapon types available to create in The Division, as well as skill combinations, gear and other tech to personalise your character and hone your specialisation.

In this way there won’t be classes to choose from in-game.

“We allow you to progress through the skill tree as you prefer,” said David Polfeldt, Managing Director at Massive Entertainment.

The game positively encourages you to customise your go-bag, the only thing that you have to protect yourself in the pandemic, and you can chat to other squad members and agents using your in-game smartwatch. Who needs the Samsung Gear 2 eh?

Basically, the choices you make with your character will be key to how the game unfolds, whether the city plunges deeper into chaos or begins to recover.

Open world gameplay
Marking a clear difference from previous Clancy games, The Division will not feature acts or a linear mission progression, but instead offer you the full map of New York with objectives that you can complete at any time and in any order.

It does have strong survival elements too, similar to games like Fallout 3 or films like Day Z. In fact, your Division agent will only start out with three days’ worth of food, water and other supplies.

From then on, you’ll need to scour New York for resources including weapons, ammo and basic survival requirements.

The manmade virus will no doubt play a part in this survival too, but Ubisoft has yet to detail how this will affect gameplay. 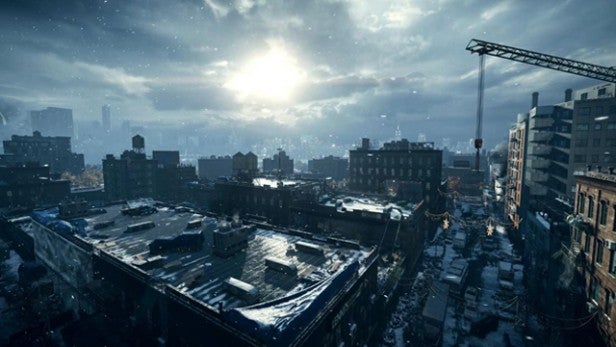 Tom Clancy’s The Division sees you become part of “The Division”, a classified unit of tactical agents that have taken it upon themselves to restore societal order following a devastating pandemic.

The manmade virus spreads across New York City causing basic services to fail, causing The Division to step into the limelight, mostly from seemingly ordinary backgrounds.

Of course The Division are sleeper agents that come with some military training, but it’ll be your job to level them up and hone their skills as the game progresses.

“When everything collapses, your mission begins”, reads the official tagline for the upcoming Tom Clancy game.

However, The Division find themselves “caught up in an epic conspiracy” trying to combat the effects of the virus and the force of those behind it. 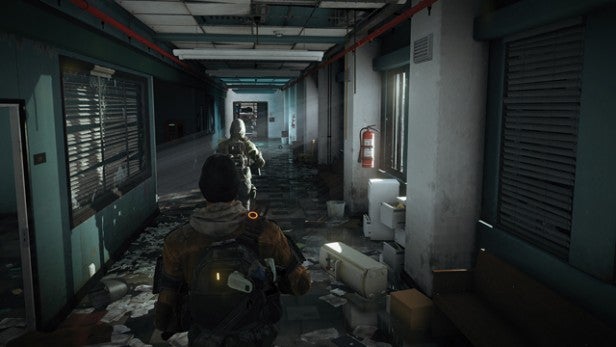 From The Division screenshots that have emerged so far, the game’s post-apocalyptic New York landscape is seriously impressive, with Ubisoft focusing on some fantastic lighting effects with the new Snowdrop engine.

The latest batch of screenshots show New York from a birds-eye angle, while other show The Division squad members creeping about in the night air.

What’s particularly interesting is the sheer gritty realism of the game, as the screenshots clearly show the effects the pandemic has had on the city. Piles of dead bodies can be seen piled in the streets in one of the screenshots.

The screenshots we’ve had so far are littered throughout this round-up piece, but some key ones are included below. 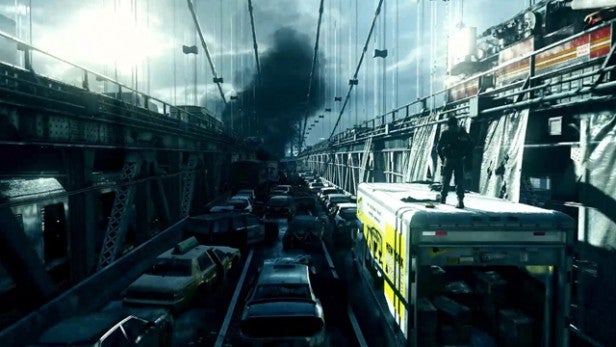 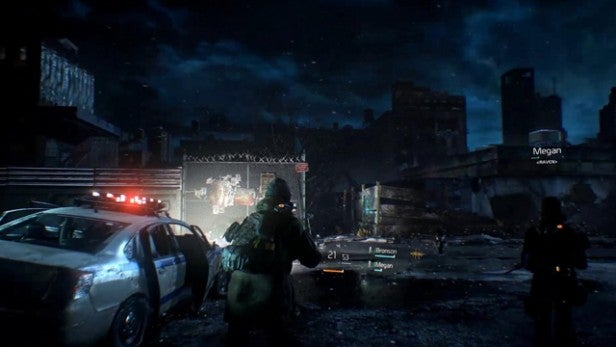 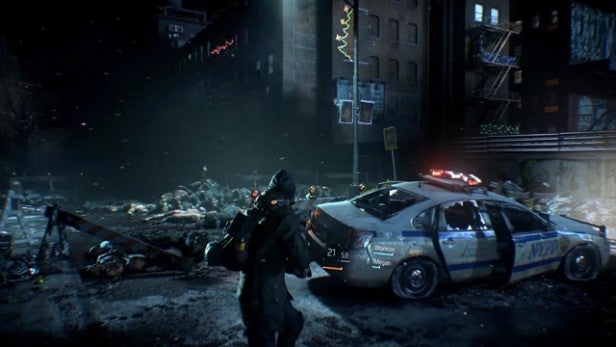 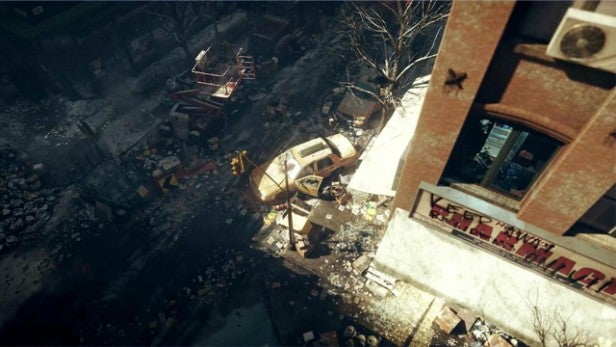 There have been quite a few The Division trailers released so far, but we haven’t seen one since GDC earlier this year so expect some brand new ones in the coming months.

Here’s everything we’ve seen so far:

Let us know how excited you are for The Division in the comments below.