The Tesla Cybertruck was finally unveiled on Thursday night and Elon Musk did not disappoint with an audacious-looking pick-up truck like nothing we’ve ever seen.

Boasting a hugely unauthordox design, more akin to a Blade Runner-era Delorean than a classic Ford F-150, Musk says the Cybertruck has got it where it counts.

Within the top-end Tri-Motor AWD edition ($69,999), there’s a claimed plus 500-mile range, making it the longest lasting of any Tesla vehicle to date, as well as a top speed of 130mph and the ability to accelerate from 0-60mph in just 2.9-seconds.

Of course those specs are significantly lower for the single- and dual-motor editions, which will start at just $39,999 when the Cybertruck goes on sale in late 2021. You’ll have to wait a year longer for the two more expensive versions of the truck. A $100 fully refundable deposit on all vehicles can be made today! 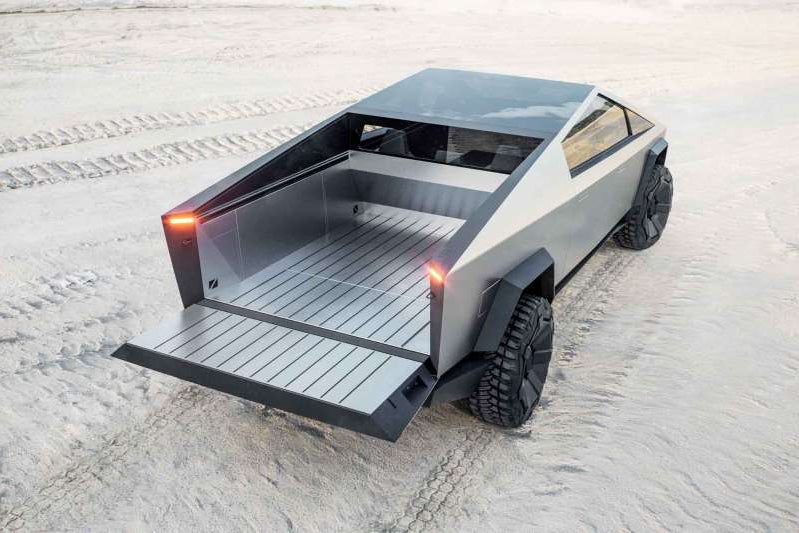 Of course, this is a truck we’re talking about so it’s not all about speed and range. There’s a 6.5m bed that’s accessible via a moonroof that rolls open if a taller payload to go inside. It’ll also seat 6 people, so all of the crew can come along for the ride. All editions can handle a 3,500lb payload, while the top-end model can tow 14,000lbs.

Tesla also says it has equipped the truck with tank-like protection. Musk actually called it “literally bulletproof” but then the design lead for the project was able to smash the windows with a metal ball, prompting Musk to exclaim “Oh my f***ing God!” Hat tip to Electrek for the screenshot! 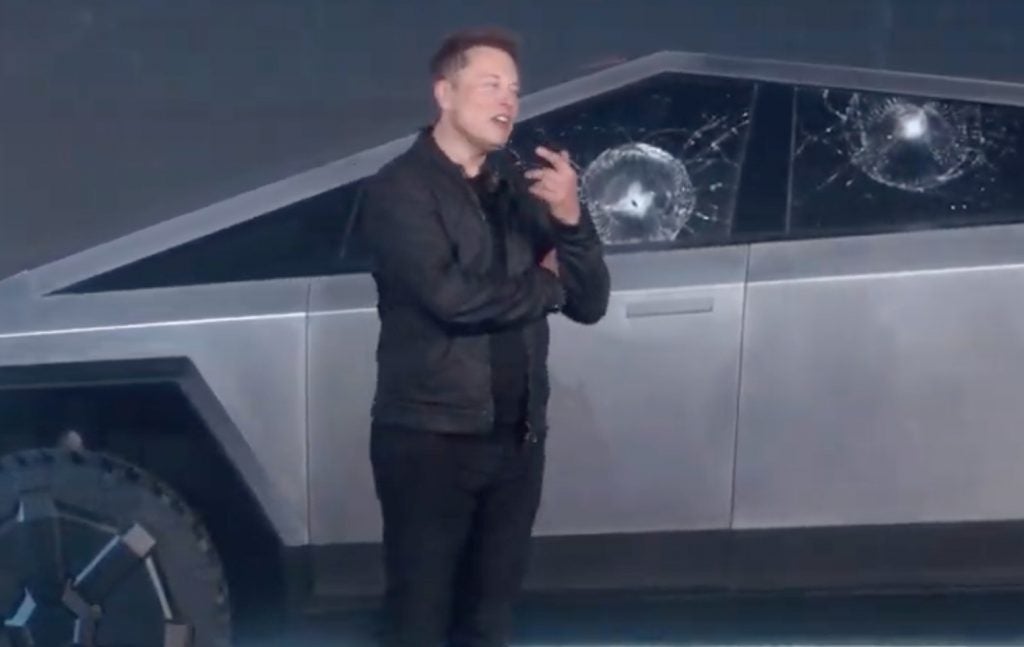 Here’s the official line on that toughness: “Cybertruck is built with an exterior shell made for ultimate durability and passenger protection. Starting with a nearly impenetrable exoskeleton, every component is designed for superior strength and endurance, from Ultra-Hard 30X Cold-Rolled stainless-steel structural skin to Tesla armor glass.”

Musk modestly asserted that overall the functionality exceede a Ford F-150 truck, while the performance specs supersede a Porsche 911. We cannot wait.