We regularly scour Kickstarter, Indiegogo and more to find the best (and worst) crowdfunding projects around, so you know which ones to consider backing – and which to avoid.

And our one to avoid? A heated razor that’s not the sharpest tool in the box.

It’s a battery case for your Nintendo Switch console. Slot the console into the case, and it adds more than 12 hours extra battery life, so you can keep playing long after your friend’s Switches have bitten the dust. 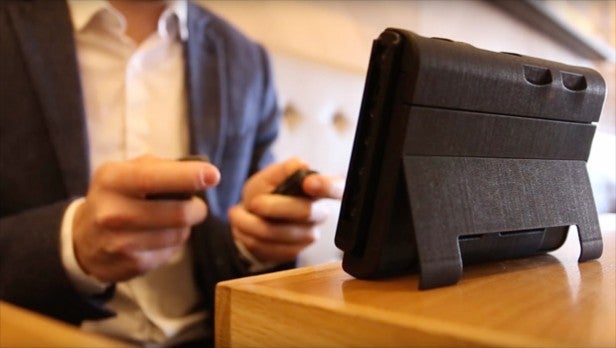 Because as far as we’re aware, it’s the first battery case for the Switch. For a long time now, smartphone cases have come with built-in battery packs to extend the battery life, but no one has thought to do the same with the Switch.

It makes sense, seeing as – just like most smartphones – battery life is the Switch’s biggest problem. In our tests (see link below), we found it to be around the three-hour mark. That’s fine for most gaming sessions, but not if you want to stay entertained during a long flight.

. The makers claim this will give you 10 hours 40 minutes extra battery life for Zelda: Breath of the Wild, 12 hours 55 minutes for 1-2-Switch, 13 hours 20 minutes for Fast RMX, 13 hours 30 minutes for Snipperclips and a crazy 14 hours 15 minutes for Shovel Knight, based on 30% brightness.

It clips onto the back of the console, leaving the JoyCon controllers easily accessible, and has its own kickstand that the makers claim is more stable than the console’s own. Which wouldn’t be hard, seeing as the Switch’s is about as stable as an Ikea wardrobe in the middle of a hurricane.

You can deploy the kickstand at various angles, giving you more control over how you play, and there are also two cartridge slots, so you can carry two games around with you without filling your pockets. Neat.

, too – the fact that you can’t charge it while it’s propped up. It does this by moving the charging port to the side. Simple, when you think about it.

While the Switch charges over USB Type-C, as before, the SwitchCharge juices up via microUSB. Which could prove a bit annoying, as it’s another cable to carry with you.

Because it’s a case, it’ll protect your Switch console should you drop it. And let’s be honest, that’s one of the biggest pitfalls of any piece of mobile tech.

The case itself is slim and light, so won’t add much bulk or weight to the Switch. That’s always something we look for in a case. 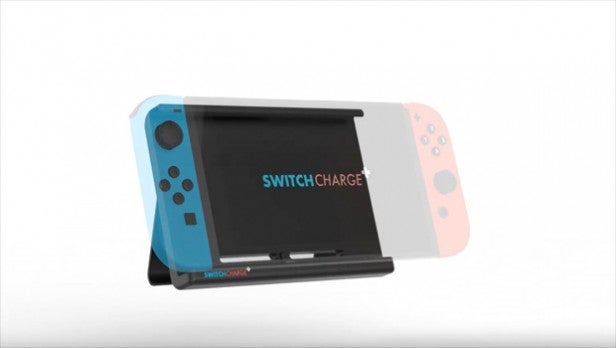 When you back a project, you’re not buying it like you would from an established retailer. Rather, you’re pledging support by financially backing its creators. Usually backers receive their devices as expected, but in a small minority of cases the project ends up being cancelled and the backers get nowt. So think before you pledge.

This is the first product by the London-based InDemand Design, though it claims to have “comprehensive experience in sourcing, manufacturing and design.” Its research and design is all done and prototypes are made, though, which definitely sends out the right signals.

More importantly, the project has now been successfully funded on Indiegogo, so hopefully, it’s a done deal, as we’ll discuss below. 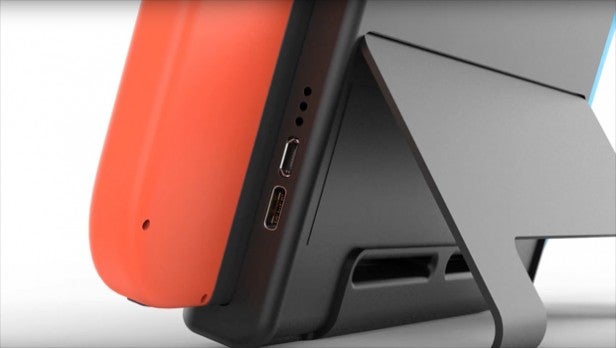 There are plenty of Nintendo Switch cases available, but none of them double as a battery pack – they’re merely protective.

You could buy an external one, but there’s no guarantee it’ll be compatible with the Switch. Also, it would be bulky and cumbersome if you’re playing on the go (which is kind of the point). 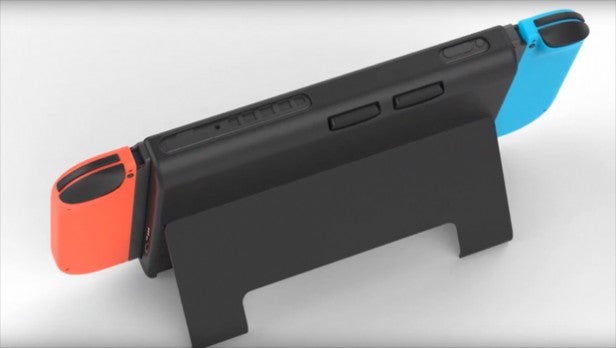 Gamers with long attention spans and even longer commutes should waste no time in pledging their money. The downside? It’s not cheap.

Now that it’s cleared its initial funding round, the SwitchCharge is available for pre-order via Indiegogo’s InDemand programme, with a battery case available for $85 (~£65) and a bundle that includes a charging case and a carry case going for $105 (~£80).

The folks behind the SwitchCharge say these prices still represent significant discounts over the intended SRP, though, and all being well, it should start shipping in August. (Bear in mind that the first units will be sent to initial backers of the campaign, so those pre-ordering now shouldn’t expect to have one through the letterbox on August 1).

SmartRazor. This razor’s blades heat up to apparently make it three times more efficient than a non-heated razor.

Last time we shaved – which admittedly was a while ago – having non-heated blades wasn’t a problem. And if they’re really too cool, can’t you just run them under the hot tap? Or would that be too easy?

Have you spotted any cool (or terrible) Kickstarter projects that you think we should write about? Let us know in the comments.