Think your bread maker is just for baking bread? Think again. Here are seven items beyond that loaf of bread that you can cook in a bread maker, from cake to jam.

When you think about it, a bread maker is simply an oven and mixer in one, with some pre-programmed modes to take the guesswork out of the equation. Delving into the menus of your bread maker, you’ve probably noticed a few programmes that go beyond the usual white/wholewheat/sweet loaf. Here, I put these programs to the test, making some discoveries that can could your cooking game.

Cake is probably the most common item besides bread that you can prepare in a bread maker. The program will usually be named “Bake”, “Bake only”, or just “Cake”. In this mode you remove the kneading blade and use your bread maker simply as an oven. Mix the ingredients before popping them into the bread maker and you’ll usually need to add baking powder or another raising agent – besides yeast – to the mixture to ensure your cake rises.

You can use this program to make items besides cake, too, for savoury bakes and non-yeast breads such as soda bread.

Pay attention to any maximum capacity warnings and baking advice in your breadmaker’s manual. It’s sometimes recommended that you line your tin with baking paper and/or grease it before pouring in the cake batter – as you would when baking a cake in a normal tin in the oven.

I used my breadmaker to bake Mary Berry’s banana loaf. While the cake turned out well, it’s worth keeping in mind that bread-maker cakes tend to have a slightly harder crust, particularly towards the bottom. 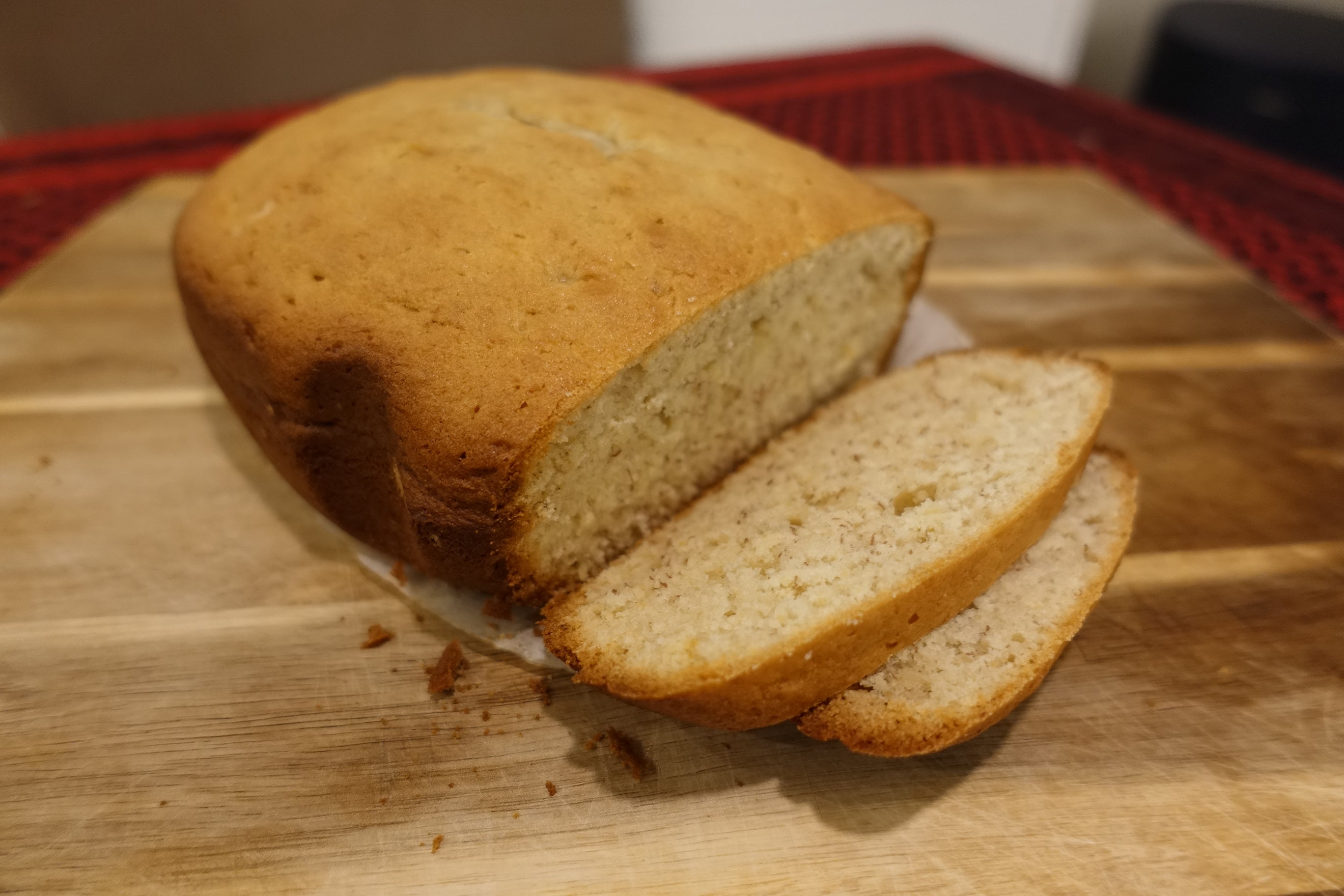 A more unconventional way to make use of your “Bake” or “Cake” program is to bake a meatloaf. As with cake, you’re simply using your bread maker as an oven, so remember to remove the kneading blade. I used the following recipe, which originally comes from a Zojirushi bread maker manual.

I baked the meatloaf for 1hr 10mins. Half an hour before the end of the program, I added the following glaze.

The meatloaf turned out fine and was entirely cooked through, although the top could have been crispier – something you can only achieve in the oven and with sufficient drainage to the meat.

Baking in a loaf tin, the fat has nowhere to go, so it simply sits on top of the meatloaf. Once out of the bread maker, I’d recommend that you pour out the fat – but be careful not to lose all of the glaze! 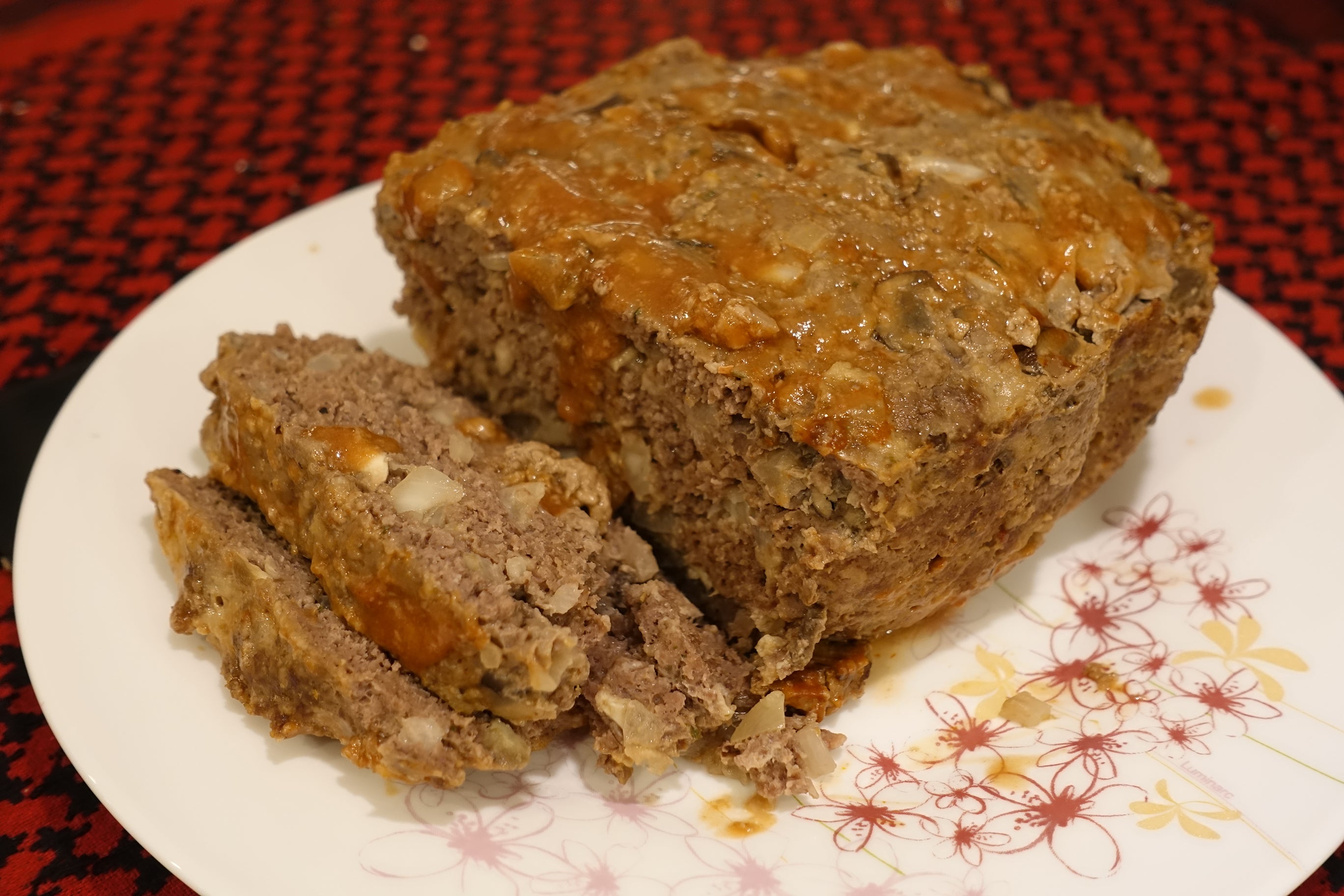 Most bread makers have a Jam setting – a program that heats and stirs the breadpan’s contents for a few hours. Your manual should come with a basic recipe, but there are plenty available online.

I opted for this blueberry jam recipe from Panasonic, which includes cooking 700g of blueberries with 400g of sugar for 1hr 50mins. As instructed, I added half of the berries and half of the sugar, followed by the rest in the same order.

As I prefer a firm jam, I also added 87ml of liquid pectin, a thickening agent for jams. Some recipes recommend that this be added, particularly for jams made with stone fruit and some berries.

The resulting jam was less sweet than many of its shop-bought counterparts, and goes well with pancakes. Store any homemade jam in a clean jar in the fridge and eat within a month. 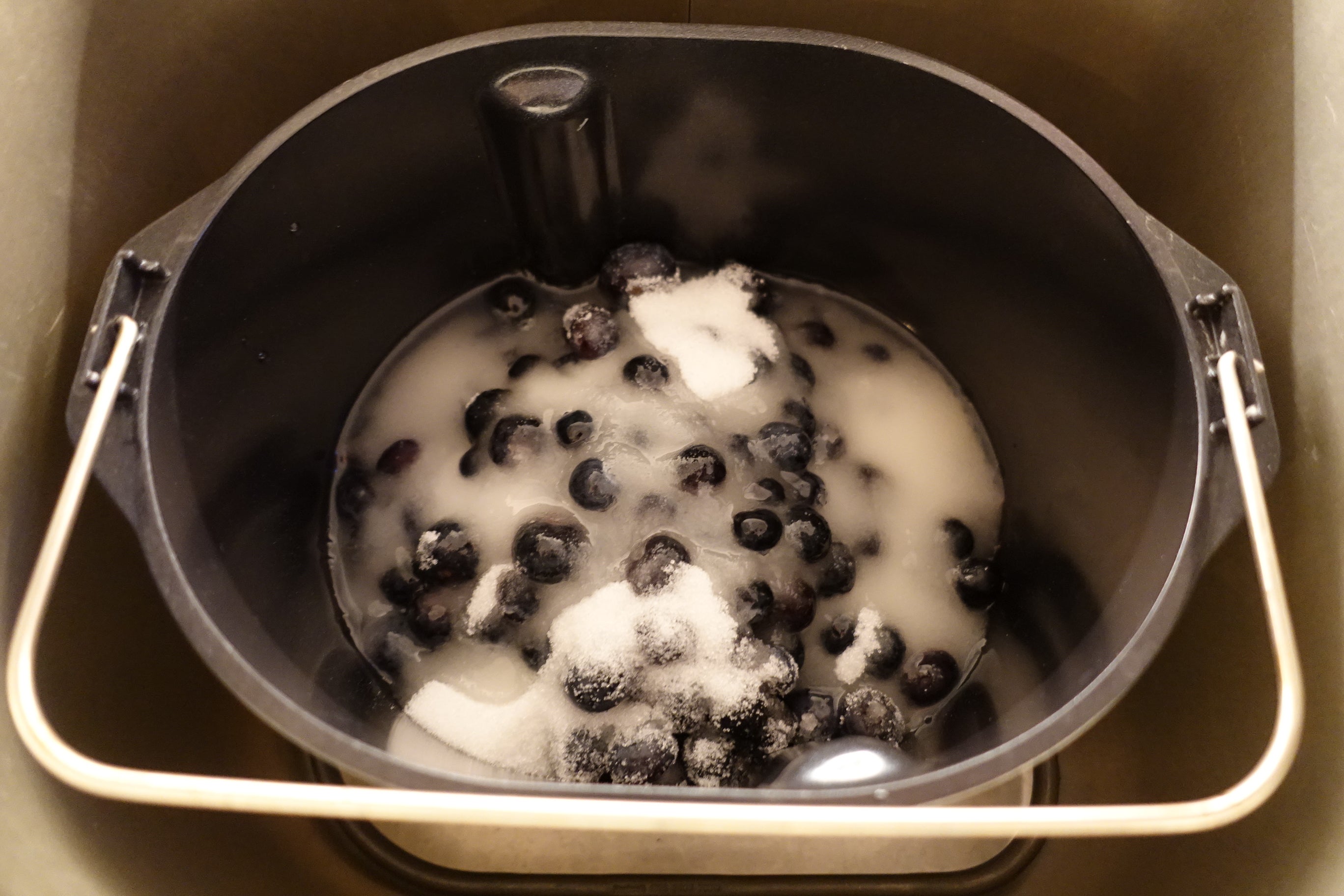 Sauces and soups are an easy leap to make from jam. The machine will simply mix the ingredients while heating them, so you may need to puree the final contents at the end of the process for a smooth consistency, but chances are you’d have to do that with a sauce or soup cooked on the stove anyway.

I decided to make a chunky tomato sauce of my own devising:

Add all the ingredients into the breadpan and cook for an hour at the Jam setting. Since my bread maker’s shortest jam program time was 1hr 30mins, I set a separate timer for an hour to keep an eye on the sauce.

As you’re not baking bread and there’s no fermentation process happening, feel free to check on your food’s progress at the Jam setting. Just take care when opening the lid – as it may get a bit steamy. 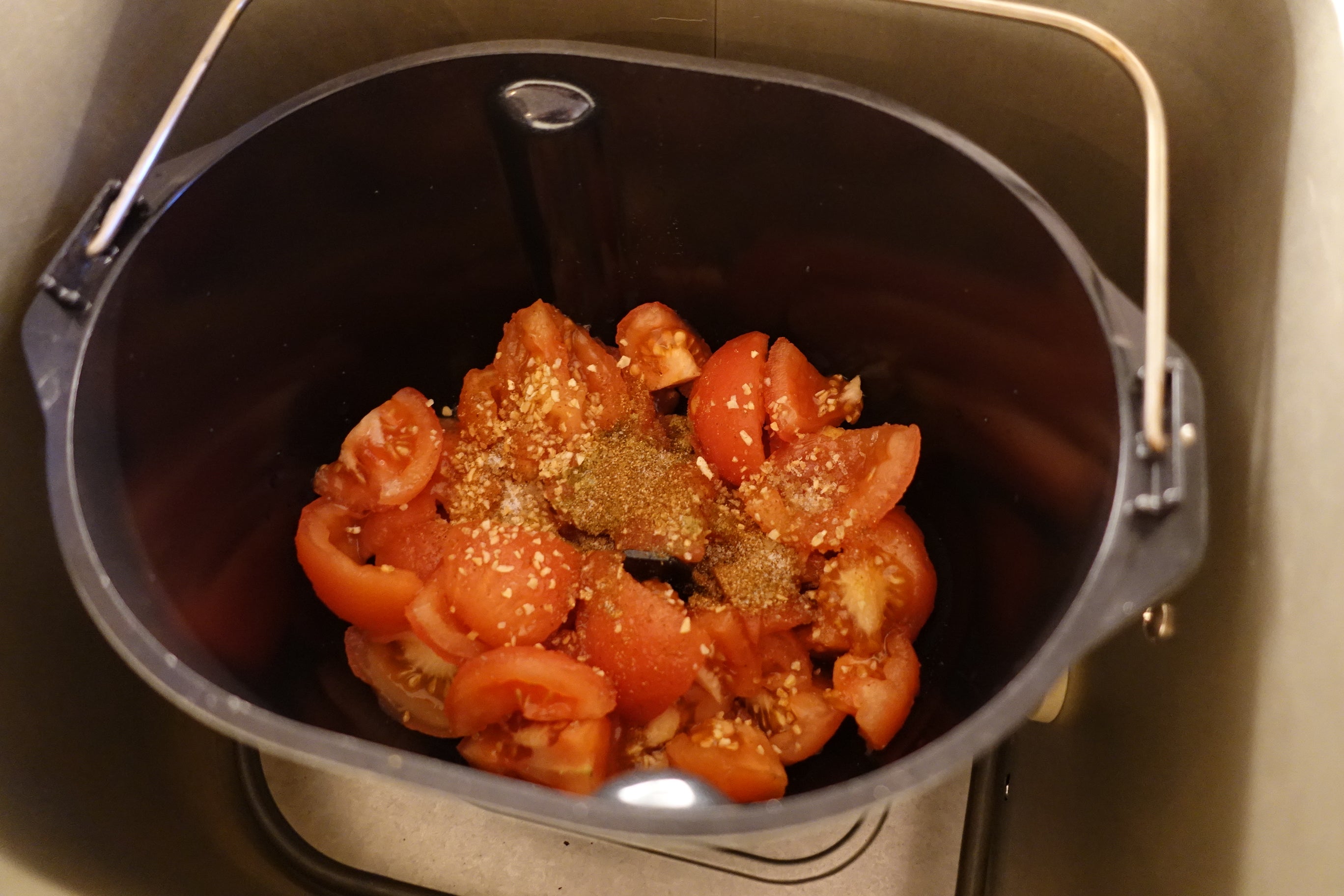 You can use your bread maker as a rice cooker: add rice and water to the bread pan on the “Bake” or “Cake” setting and cook for about an hour. But more excitingly, you can also prepare rice pudding or even a risotto with the Jam setting.

Stirring while cooking is important for those two dishes, and this is where a bread maker’s jam program comes in handy. Just remember to set a timer – a jam program tends to be at least 1hr 30mins; you’re likely to need less time to make pudding or risotto.

I made a rice pudding using the following recipe:

As instructed, I cooked the rice for three minutes and then drained, adding it to the bread pan with the rest of the ingredients. The resulting pudding was fragrant and delicious, and thickened as it cooled. 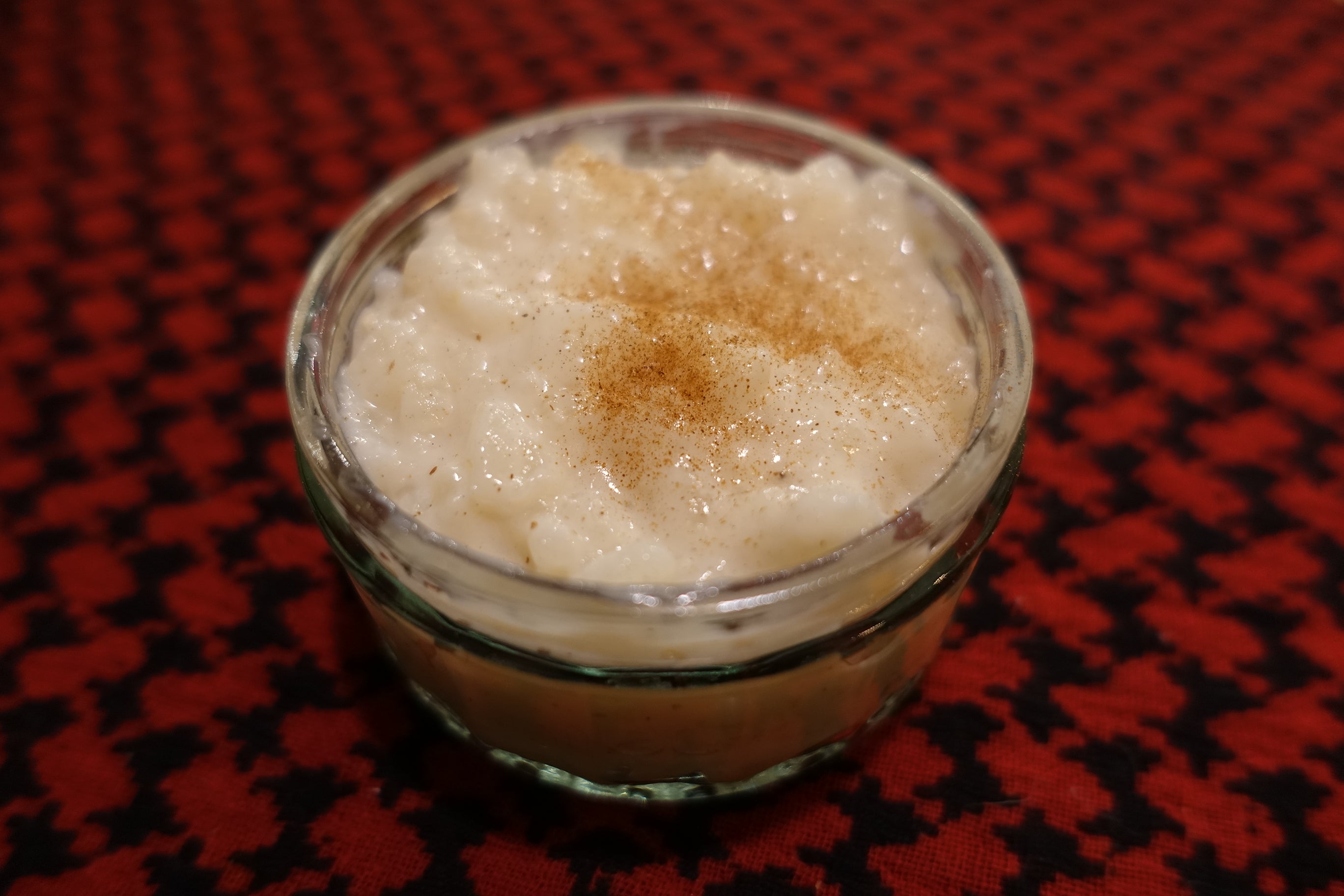 You can also use your bread maker’s Jam setting to cook some eggs. Mix all the ingredients together beforehand, adding milk and any seasoning to your preference – the machine’s stirring will not be strong enough to beat the eggs properly. It is also recommended that you brush the bread pan with oil, to keep the egg from sticking too much.

This method does take longer than cooking eggs on a stove and is recommended for larger quantities of eggs. Since my bread maker’s stirring doesn’t kick in until 15 minutes into the Jam setting, it managed to cook three eggs almost into an omelette before scrambling it slightly.

Yet the eggs were entirely edible, if a little overcooked. As such, it’s a decent solution if you don’t have a pan or a stove handy, or need to make eggs for a large group of people. 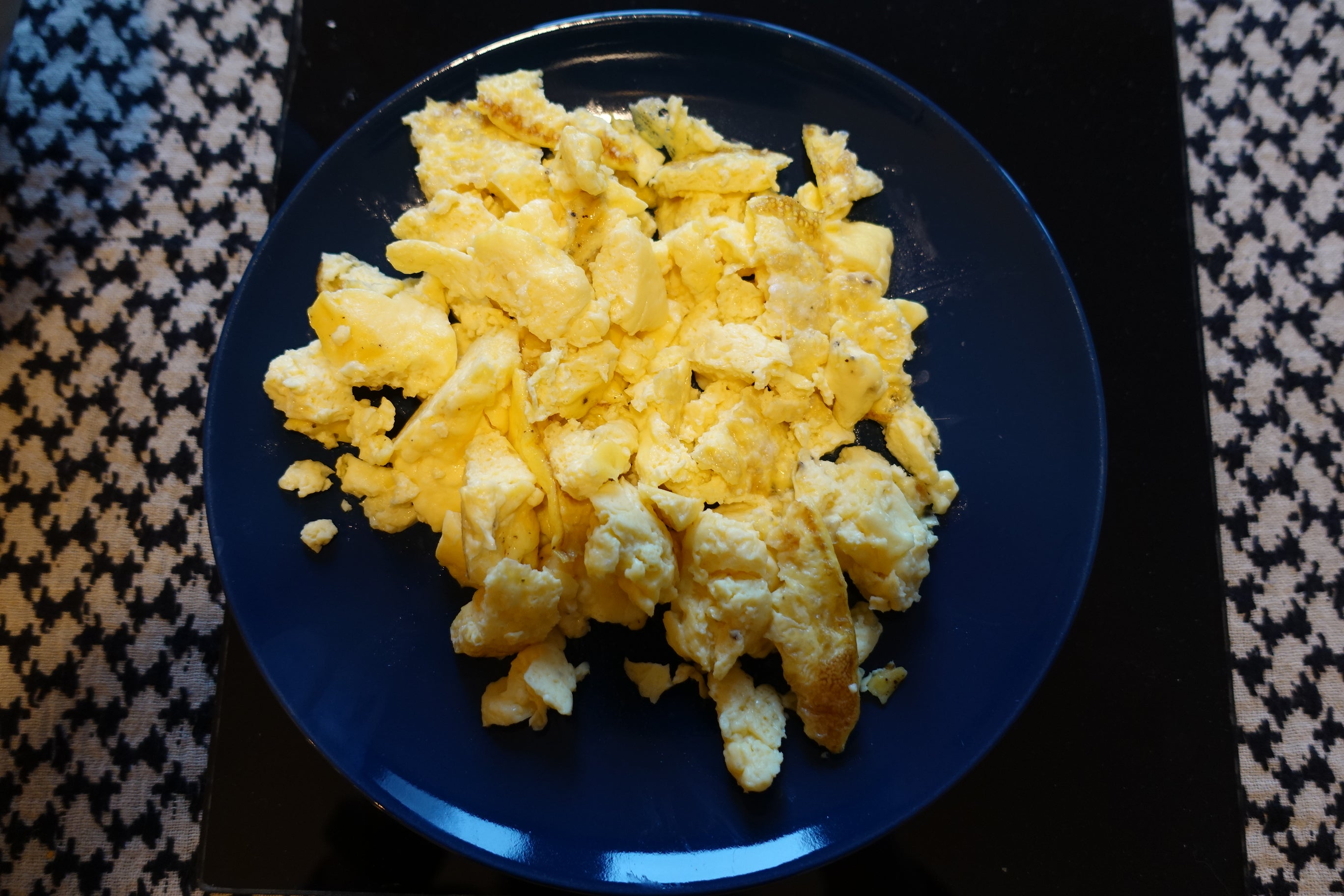 Some bread makers, such as the Morphy Richards Homebake, include a program for making yoghurt. Since yoghurt-making programs tend to be at least five or six hours long, it’s unlikely any other setting on your breadmaker would be a suitable alternative.

For making yoghurt, it’s best to follow your manufacturer’s instructions. In general, though, simply mix 500ml of pasteurised full-fat milk and a few tablespoons of natural bio live yoghurt to kick off the fermentation process. Make sure your bread pan or any containers or jars you use are squeaky clean – as you don’t want any additional bacteria brewing! 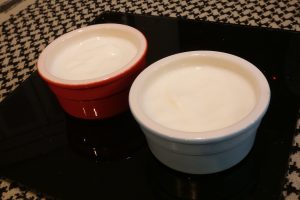 For me, some of the above – such as making delicious jam by the touch of a few buttons and preparing rice pudding with minimal fuss – were genuine revelations. Others, such as meatloaf, cake and scrambled eggs, felt a little superfluous; they could have easily been prepared the traditional way in the oven – or in the latter case – on the stove.

But if your oven is unavailable, you lack the right kind of tin, or you just want to do something a little different, these recipes can help you discover just how versatile your bread maker can be.