For the Surface Laptop 3 15-inch model, Microsoft decided to turn to AMD for the processor. The reasoning behind Microsoft’s decision remain unclear and the existence of an Intel version in its Business store further muddies the waters – so, which should you buy?

However, Microsoft has not actually gone all-in on AMD. You can grab an Intel version of the Surface Laptop 3 15 from the Surface for Business store and it’s surprisingly easy.

In fact, the only difference between the consumer and business edition of the laptop is the processor, which makes it bizarre that Microsoft seems keen to label the Intel version as a ‘business’ laptop.

So which one should you buy? Let’s get down to the nitty-gritty that is the performance of the processors in these two laptops. The AMD version sports either a Ryzen 5 3580U or a Ryzen 7 3780U chip depending on the specification you pick. While the Intel version includes the company’s new Ice Lake processors – either the Core i5-1035G7 or i7-1065G7. 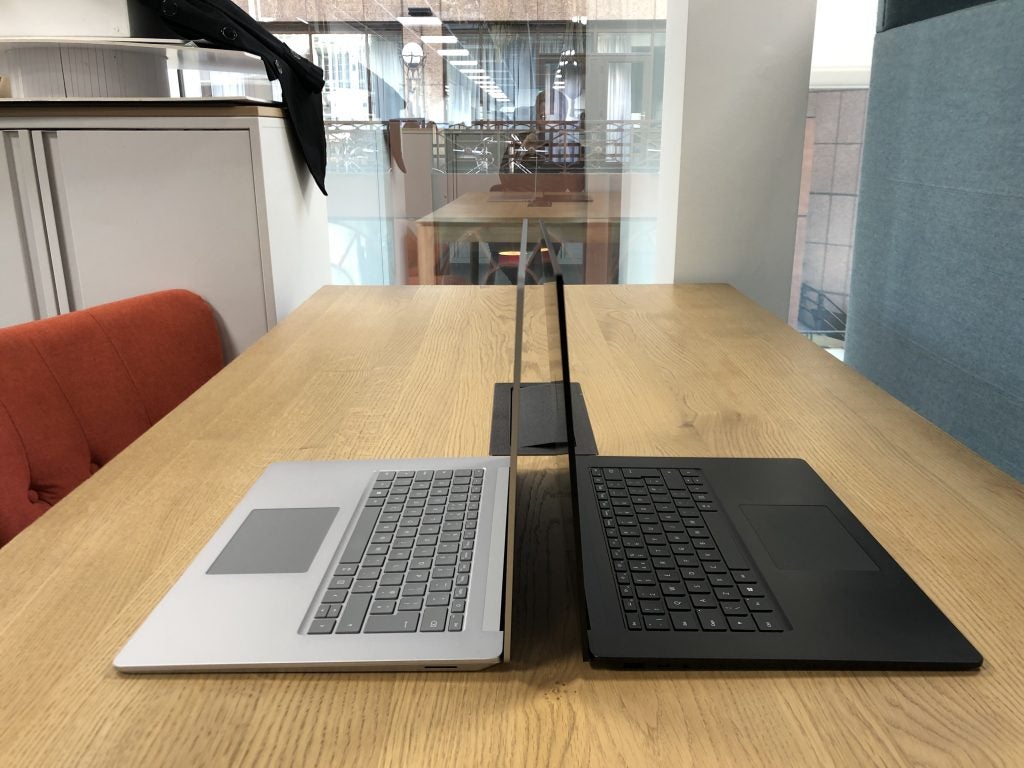 Just a reminder that these two machines are exactly the same except for the difference in processor and a few lesser variations. The Intel version comes with Windows 10 Pro (due to its business slant) and WiFi 6 while the AMD is bog-standard Windows 10 Home and WiFi 5.

Here’s how they compared:

The benchmark results show there’s not a huge difference between the processors. Intel does seem to have a big advantage when it comes to multi-core performance though, which means its better able to cope with multiple intensive applications simultaneously. For this performance advantage though, you’ll have to pay £80 extra.

The next question is then: why wouldn’t you buy the Intel version? The most striking hurdle is the fact the Intel version is only available from the Surface for Business store. However, that really isn’t a big deal.

There are no special registration or verification requirements to buy the Surface Laptop 3 15 Intel version. You can simply go to the Surface for Business online store and purchase it. This obviously means that you can’t shop around at other retailers like you can for the AMD version but that is really the only downside. 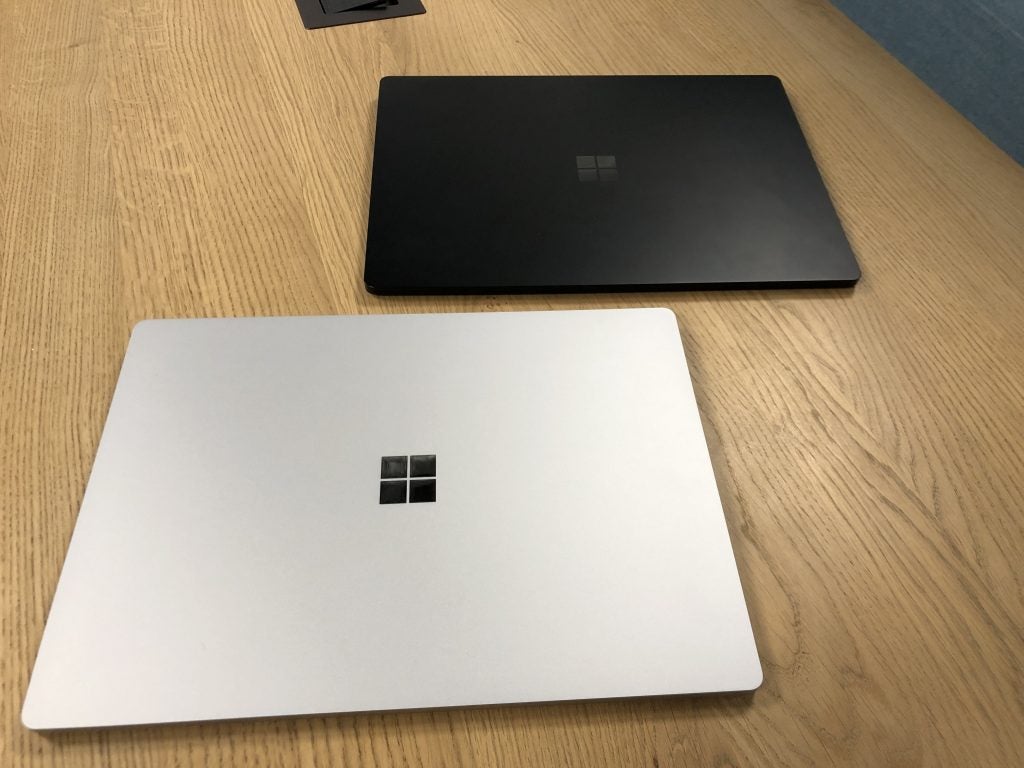 While the Intel trounces the AMD when it comes to benchmarks, there is a performance-related point that works in the favour of the AMD version.

Despite both processors having integrated graphics, neither are capable of graphically intensive work no matter how high you go in the range. The Surface Laptop 3 15 is a premium high-end productivity laptop and you won’t be playing many games or doing video editing with either version.

In my everyday usage of both laptops – primarily using them for Microsoft Office tasking and heavy browsing Google Chrome – the difference in performance was negligible. The fans of both laptops seem to kick into gear on a relatively similar workload with around 10 to 12 tabs in Chrome getting them blowing.

Intel’s performance advantage does work against it in one other way. Our battery testing saw the AMD eke out around an hour more of battery life than the Intel. The battery difference isn’t major but is definitely worth taking into account in this close contest.

So in summary, if you’d rather be safe in the knowledge you are getting the most bang for your buck and you are happy to fork out an extra £80 or so, then go for the Intel. If you care about saving the money, and prefer the boosted battery life to higher benchmarks scores then pick up the AMD.