Microsoft kicked off September by announcing it would be holding a launch event on September 22. While the company has yet to reveal exactly which products will make an appearance on Wednesday, one device we hope to see is the rumoured Surface Go 3. Here’s everything we know about the Microsoft tablet so far.

The Surface Go is a line of tablets first released by Microsoft in 2018. While the company markets the Surface Go as a 2-in-1 device, the attachable Type Cover is actually sold separately so it’s closer to a tablet (unless you choose to spend the additional £100 on the keyboard).

This means it’s competitors include some of our favourite tablets from Apple’s ever-popular iPads to Samsung’s Galaxy Tabs and Amazon’s Fire tablets.

While the Go 2 had a lot of potential as an alternative to Apple’s iPad for anyone looking to buy a capable 2-in-1 device running on the Windows OS, a lack of improvements over the original Surface Go and a pricey TypeCover made it difficult for us to award the Go 2 any more than three and a half stars.

Despite the latest Go tablet only having launched one year ago, rumours have already emerged suggesting we’ll see it’s successor arrive as early as this month.

This time around, we’re expecting a decent performance boost from the tablet – or at least, that’s what leaked benchmark results have indicated. The design, meanwhile, looks as though it could remain very familiar in both looks and the display.

Read on to discover everything we know about the Surface Go 3 so far, including when it’ll arrive, how much it’ll cost, specs and design.

Microsoft kicked off September by announcing that its next event will be taking place on September 22 at 11am EST (or 4pm here in the UK).

While the image below seems to show a new Surface Pro, there will likely be multiple devices present at the event and we’re hopeful that the Surface Go 3 will be one of them.

It’s difficult to determine a pattern for the Surface Go series as there have only been two products in the line so far and both have launched in different months. The original Surface Go was announced in August 2018, followed by the Surface Go 2 in May 2020.

We’ll have to wait until the 22nd September to find out if the Surface Go 3 makes an appearance at the event.

Either way, it’ll likely be less powerful than the rumoured Surface Pro 8, with devices in this series usually running closer to £800. 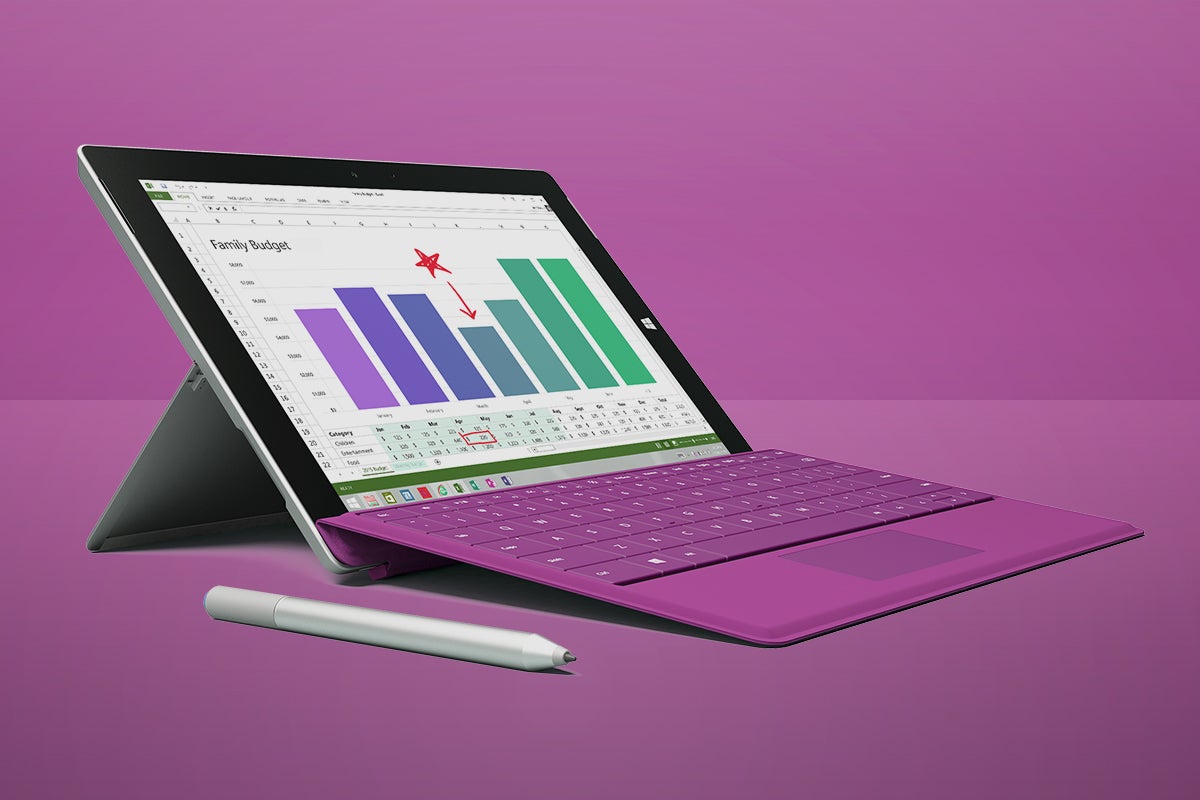 Microsoft Surface Pro 8: Everything we know so far

There are currently no official details about the Surface Go 3 specs, but a Geekbench listing spotted by German site WinFuture (via Windows Central) could indicate that the device is getting a performance boost.

The listing was posted under the name ‘OEMAL Product DV1.1’, which falls in line with previous Surface leaks, and includes two variants of the devices – one with an Intel Pentium Gold 6500Y processor and 4GB of RAM, and the other with an Intel i3-10100Y and 8GB of RAM. Both chips are energy-saving options from Intel’s Amber Lake Y series.

According to a report from WinFuture (via GSMArena), the Surface Go 3 will feature the same 10.5-inch size as its predecessor with a magnesium alloy casing and the option to add a keyboard cover.

This means we don’t expect a huge amount of design updates this time around, with much of the updates taking place within the device.

The Surface Go 2 brought around a number of changes, including an larger 10.5-inch screen size (the original Surface Go had a 10-inch display), along with a smaller, cleaner looking bezel. The Surface Go 2 also featured a boosted resolution from 1800 x 1200 to 1920 x 1280.

The Surface Go 2 was incredibly lightweight at 544g and came with an 8-megapixel rear camera and a 5-megapixel HD front-facing camera and dual-microphones for video chats.

While Microsoft markets the Surface Go as a 2-in-1 device, you need to spend an additional £99.99 on the Type Cover (attachable keyboard) if you wanted to use the Surface Go 2 as a laptop.

It’d be great to see the third iteration of the Go bring along a cheaper keyboard or a Surface Pen in the box.