Microsoft has launched its brand-new Surface Book 2 line-up, chucking not one, but two 13- and 15-inch new devices into the mix. But how do they compare Apple’s latest MacBook Pros? We’ve run some numbers.

Let’s take a look at the specs of both machines before delving into what sets them apart. We’ve only compared the top-end Touch Bar MacBook Pro, to keep things simple.

Aside from the obvious design and operating system differences, performance is one of the key areas where the two laptops differ. If you’re opting for bottom-spec Core i5 models, there’s actually not much to choose between them in terms of processing and graphics performance. Though the Core i5 model of the Surface is fanless, which is actually quite a big deal, as it’ll let the device run silently.

If you pick a higher-end model, though, things get interesting. For a start, the Core i7 Surface Book comes with a new 8th-gen quad-core Intel processor, which should make it at least 40% faster in CPU-intensive tasks than the i7 inside Apple’s machine. This includes video rendering and big number crunching.

The Surface Book has a one-up graphically too. If you pick a dedicated GPU model, you’ll get the excellent Nvidia GeForce GTX 1050, the same chip found in the current-gen Dell XPS 15. The GPU is great for 3D work and will even handle a few AAA games at medium settings. 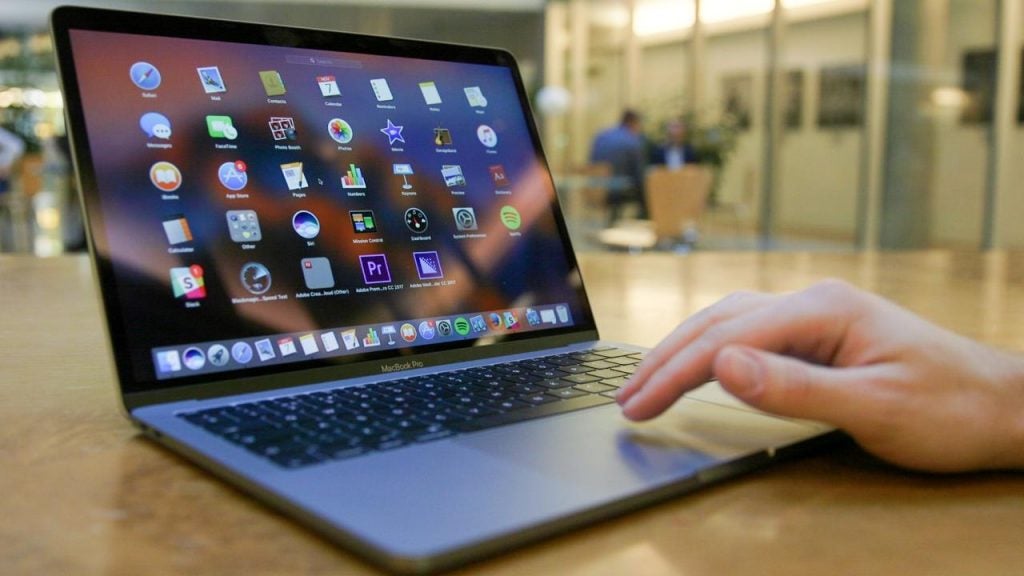 If you pick a Surface Book with just Intel graphics on board, the MacBook Pro actually holds a slender advantage, sporting Intel’s 650-series “Iris” graphics, which is better than the HD graphics 620 found on the Surface Book 2.

In summary: At the bottom-end, both devices are more or less equal with the MacBook offering faster RAM and better graphics. But the upgraded Surface Book is substantially more powerful.

The other major differentiator here is the screen. Last year, the MacBook Pro wiped the floor with just about every laptop out there, with an amazing screen fit for high-end professionals. The panel on the original Surface Book was fine, but up against the MacBook, it wasn’t anything to shout about. Microsoft hasn’t made any big claims about the new screen on the Surface Book 2, so based on what little we have, if screen quality is your top priority, the MacBook Pro probably wins. 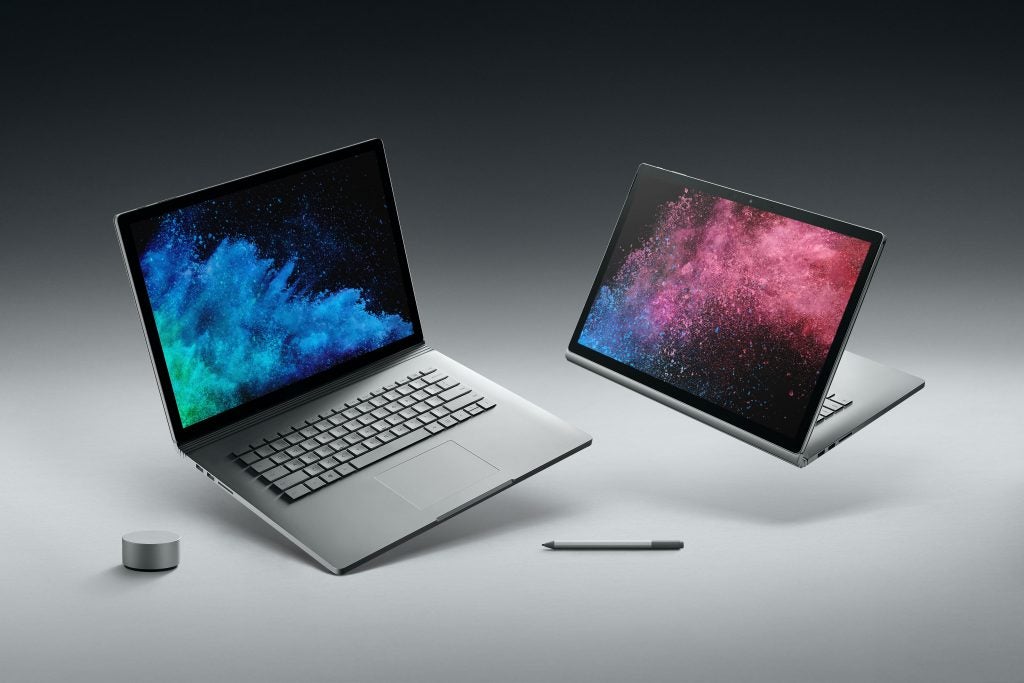 If, of course, a detachable tablet display with an awesome stylus is more your bag, then the Surface Book 2 should be great. The laptop’s main components are all inside the screen so you can safely detach it and carry it around with you.

The MacBook Pro is 160g lighter than the Surface Book 2, and it’s a full 5mm thinner as well. The aluminium chassis is one of the most attractive out there, although many people like the almost industrial look of the Surface Book.

Elsewhere, you get a lovely clicky keyboard from Apple, while Microsoft uses a more traditional but still very pleasant traditional ‘board.

We don’t yet know the full price list for the Surface Pro line-up, but we do know the 13-inch model starts at £1499. The base model Touch Bar MacBook Pro, meanwhile, starts at £1749. Or you could choose a non-Touch Bar model, and start from just £1249.

We’ll have to wait to get our Surface Book 2 review model tested before we make any further conclusions.

Now, onto the 15-inch models

In the processing performance stakes, things are much closer on the larger laptops. The quad-core processor on the MacBook Pro, while sporting a lower clock speed, should in theory actually be a more capable chip than the one in the Surface Book 2. The reasons for this are complex, but in short the MacBook Pro should in theory be able to sustain higher performance for longer. With that said, without a Surface Book 2 to test we’ll hold our judgement until then.

Graphics are also very different. If you pick a base model 15-inch Surface Book 2 without an Nvidia GPU, you’ll be saddled with boring-old Intel UHD 620 graphics. Meanwhile, the base-model 15-inch MacBook Pro gets dedicated graphics out of the gate, with the surprisingly capable AMD Radeon Pro 555 keeping your 3D work and light gaming ticking along nicely.

If you choose a Surface Book 2 powered by the Nvidia GeForce GTX 1060 GPU, you’ll get 6GB of GDDR5 memory and a graphics chip capable of playing the latest games and even VR titles. Result. No doubt this will cost a pretty penny, but we don’t yet have pricing on the 15-inch models aside from that they’ll top out at around $3000 (probably £2800).

Beyond performance, the comparisons between the 15-inch models are largely the same as the 13-inchers. Your mileage will vary depending on which exact option you choose, and we’ll update this piece when we’ve had a 15-inch Surface Book 2 in for review.