Bethesda has been working on Starfield for about a decade but only revealed the project at E3 back in 2018. Since then, we’ve not been offered much more information at all. The game is a hugely exciting one though — as a completely new franchise it signals a departure from the tried and tested Fallout and Elder Scrolls series’ and will deliver Bethesda RPGs to a whole new setting… space.

This is a big change of direction for the studio, who previously worked through Fallout and Elder Scrolls instalments on an alternating basis. The last Fallout instalment, Fallout 76, was a real flop though, so we’re hoping Starfield will represent a return to form for one of the best RPG developers out there.

Trusted Reviews has compiled everything you need to know about Starfield including all the latest news, release date, gameplay and more.

Little is known about Starfield thus far beyond the fact it’s Bethesda’s first new IP in 25 years or so. For a studio so beloved, stepping out of the box and diving into something new is incredibly exciting.

From what we know, players can expect a huge, expansive sci-fi RPG that rivals the best in the genre, and one that will also take advantage of next generation hardware. Yep, that likely means PS5 and Xbox Series X.

Perhaps it will compete alongside CD Projekt Red’s Cyberpunk 2077? One thing we can say for certain is that it will be compared to The Outer Worlds, the 2019 space RPG that defied expectations to become one of the year’s best releases.

The Outer Worlds was masterminded by developers, Obsidian, who previously made Fallout: New Vegas. Naturally then, there are connections and similarities which could lead to comparison between the two titles. Many fans of The Outer Worlds commented that the game felt like ‘Fallout in space’ after all.

Starfield Trailer  – how does it look?

You can watch the announcement trailer for Starfield from E3 2018 below. It gives very, very little away:

Starfield release date – when is it coming out?

There’s no release date in sight for Starfield. However, as mentioned above, it will be a next or cross-generational title.

Honestly, we expected more updates on Starfield than we got in 2019, but a recent spate of job advertising from Bethesda indicates that they may be moving from working on Starfield, to working on The Elder Scrolls 6. This would indicate that more info on Starfield could land at any time.

Equally, Bethesda are hiring a video editor, which could mean that an exciting new Starfield trailer is on the way! We’re expecting an update at E3 2020. 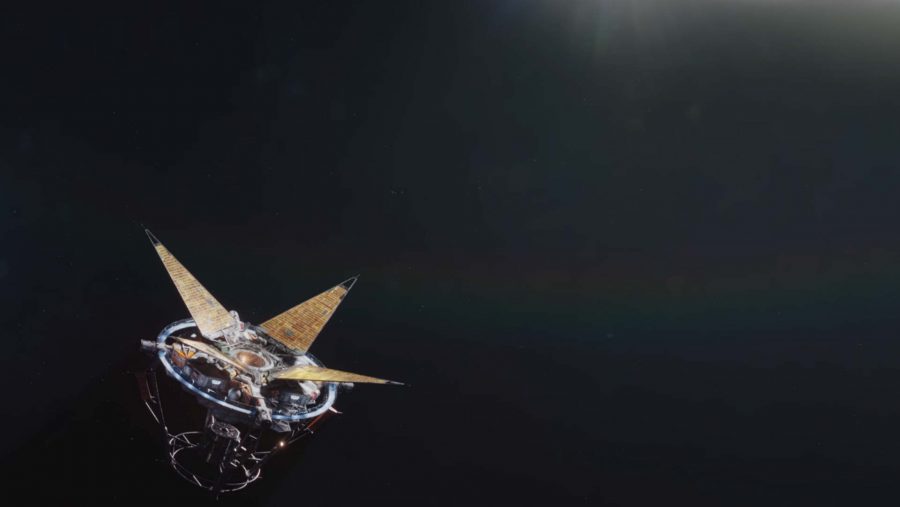 One very strange rumour circulated recently suggesting that Sony were considering buying Zenimax (and by extension Bethesda,) and that Starfield had been cancelled. Thankfully this seems to have no basis in truth but we still think we’ll have to wait for E3 2020 for a proper Starfield update.

So, when some details are likely confirmed at E3 2020 in June, (many thought we’d hear details at E3 2019!) we could see a cross-generational release, or a release focused on the next-gen — given that new consoles from Microsoft and Sony will land in time for Christmas 2020.

Previously, an interview with VentureBeat confirmed that Starfield has been in development for over 10 years, and now, Bethesda dedicated a full team to finishing it as soon as they wrapped the hugely disappointing Fallout 76.

“We just talked about it, and then I guess it really picked up steam — we’re going to do this, register the trademark, about five years ago,” Todd Howard told VentureBeat. “Then we would talk about it from time to time during that period. What are we going to do? And we started work right after Fallout 4 was finished.”

Bethesda received a bit of criticism following the announcement of Starfield and Elder Scrolls 6 due to how they’re likely several years away from release, with the latter even further so. When pressed about this, Howard said, “It’s better to say we’re making it. It makes life easier for us.” Fair enough, and it also stops rumours from swirling around.

When asked whether gameplay would carry similarities from Elder Scrolls and Fallout games, Howard was hesitant, but said gamers would recognise Starfield as a Bethesda creation.

He said: “It’s different, but if you sat down and played it, you would recognize it as something we made, if that makes sense. It has our DNA in it. It has things that we like. But it has a lot of new systems that we’ve been thinking about for a while, things that fit that kind of game well. We’ll talk about it in the future. See, now I wish I hadn’t announced it.”

Firstly, and arguably most importantly, Bethesda need to return to what they do best — amazing single-player RPG gameplay. No doubt the studio made Fallout 76 because of the extra money-making opportunities it would present, but now they need to restore their reputation as a champion of the RPG genre. While some co-op options could feasibly work, we think a focused return to single-player RPG norms is needed.

Secondly, more combat advancement: Combat came on leaps and bounds between Fallout 3 and Fallout 4. Equally, the change between Oblivion and Skyrim was noticeable, but all of the games have simplistic combat. We wouldn’t want the combat to erode the role playing side of the game, but we expect some great new additions to combat mechanics.

Compelling storylines will also be crucial to the game’s success. Fallout 4 had a fantastic central storyline, but some of the peripheral story threads felt like little or no effort had been expended on them by comparison. Similarly, Skyrim’s guild quests are dull and repetitive compared to the ones in Oblivion, which were tremendously well thought out. The worst point of comparison may be the Dark Brotherhood (or assassins guild,) who offer a fantastic sub-plot in Oblivion, but mainly provide a series of repetitive, random killings in Skyrim. In this regard, we hope Bethesda put everything into making Starfield original and making its stories, characters and factions genuinely interesting.