Where to watch Star Trek: Picard

Stewart first took on the role in the 1987 Star Trek: The Next Generation episode, entitled ‘Encounter at Farpoint’. He played the part for seven more seasons and Picard has become one of the series’ most iconic characters.

When does Star Trek: Picard air? Where can I watch it?

The all new entry to the Star Trek universe is available on Amazon Prime Video, with the first episode airing January 24. New episodes will be available every Friday night following the initial release.

If you’re not an Amazon Prime member and haven’t done so already you can make use of Amazon’s handy 30-day free trial. However, remember to cancel it after the thirty days are up if you don’t want to be automatically charged for a continuing membership. 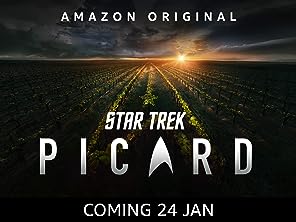 Star Trek: Picard features Sir Patrick Stewart reprising his iconic role as Jean-Luc Picard, which he played for seven seasons on Star Trek: The Next Generation. The new series will follow this iconic character into the next chapter of his life.

If you aren’t sure if you can access Amazon Prime Video in your country, then the best way to get around your issues might be a VPN. That’s because access to normal coverage might be geo-blocked – that is, you are prevented from watching outside your home country, usually due to rights reasons.

VPNs encrypt and anonymise your data and enable you to appear as if you are watching from your home country, so they are useful for much more than entertainment.

We’ve tested 18 of the most reliable VPNs – see our guide to the best VPNs to help you out. Or you can find out more about the top 4 in our comparison table below.

What is Star Trek: Picard about? Who is in the cast?

We’re not sure exactly where the plot of the new Star Trek spin-off will take its characters and fans. However, Patrick Stewart previously hinted that Picard may no longer be a captain, and his situation is going to be very, very different from that in Star Trek: The Next Generation. He told this to fans in Las Vegas when the series was first announced. His hints seem to ring true with the contents of the trailer below.

He told the audience: “It may be a very different individual, someone who has been changed by his experiences. Twenty years will have passed, which is more or less the time between the very last movie, Nemesis, and today” (via Radio Times).

The trailer shows Picard wandering around a vineyard, an altogether different setting from the bridge of the Starship Enterprise. It doesn’t give too much away, but the trailer also includes a series of traumatic flashbacks and an all new dog! It teases the return of some fan-favourite characters too.

The show is expected to make a real splash, especially in the USA, with CBS even launching an aftershow entitled The Ready Room. The show will see the main points and surprises of each episode discussed by an expert panel and is likely influenced by the success of Game of Thrones aftershows.