Activision is diving into its library to revive yet another platforming classic in the form of Spyro: Reignited Trilogy. Beloved by gamers in the 1990s, the original Spyro experiences are set to receive a complete makeover with new visuals, mechanics and more.

Becoming a very different beast in modern times thanks to the hugely successful toys-to-life series, this is a chance for gamers to rediscover the purple dragon’s roots. Activision will hope to strike gold once again after the success of Crash Bandicoot N. Sane Trilogy.

Trusted Reviews has compiled everything you need to know about Spyro: Reignited Trilogy including all the latest news, trailers and our hands-on preview from Gamescom 2018.

Back in the early days of the original PlayStation, there was an unspoken race to create a mascot character for the console to rival the likes of Mario and Sonic. Of the many contenders, none ever really took the crown, but the two that came closest were Crash Bandicoot and Spyro the Dragon. Fast forward two decades and the kids who grew up playing those original, ambitious platformers are now nostalgic adults with disposable incomes and perhaps even children of their own. With Crash coming out of retirement last year to tap that market with the N. Sane Trilogy remaster, it was only a matter of time until Spyro got the same treatment – and so he has, with the Reignited Trilogy.

Packing together modern upgrades of 1998’s Spyro the Dragon, 1999’s Spyro 2: Gateway to Glimmer (or Ripto’s Rage, if you’re of an American persuasion), and 2000’s Spyro: Year of the Dragon, Spyro Reignited is handled by Toys for Bob, the studio that shepherded Spyro through the Skylanders franchise from 2011 onwards. 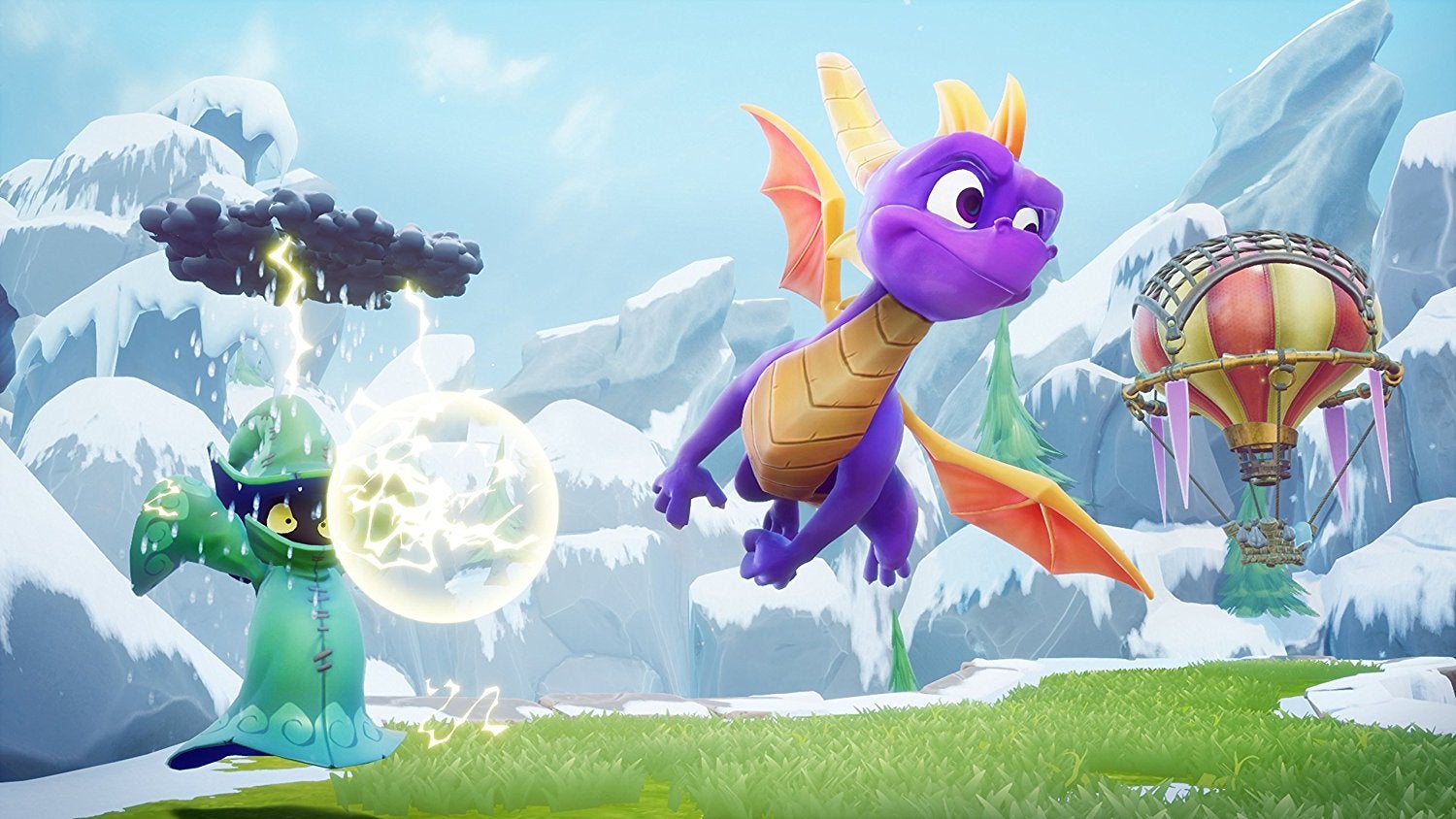 Indeed, the fact that Spyro never had the extended absence that Crash did may mean the nostalgia factor won’t be as strong here, simply because we’ve seen the character more recently. However, the chance to revisit things without having to buy a physical toy will be a pleasant change from recent years, and from playing the remastered package at Gamescom, it’s likely to please fans old and new.

The remastering itself is masterfully done – worlds retain essentially the same geometry as they did on PS1, but are more detailed and colourful. Voice actor Tom Kenny reprises his role as Spyro throughout, including recording new lines for the first game, while composer Stewart Copeland has recorded new pieces for the trilogy. Players will have the option of which soundtracks to listen to, as well.

The Gamescom build showcased levels from each of the games in the compilation, which made for a nice reminder of how the series evolved over the years. ‘Stone Hill’, from the original Spyro, shows its age the most, with a simple layout and barely any challenge, even for a kid’s game. Spyro searches for his dragon elders, head-rams or breathes fire on some uninteresting enemies, and exits the level. It’s cute and breezy, but incredibly basic, even with the remaster.

Spyro 2’s ‘Idol Springs’ level shows the first signs of the series growing up, at least in relation to its original audience. It’s larger than most worlds in the original, with hidden areas full of bonus items and challenges. Completing the realm’s main objective remains simple – here, to defeat wooden totem creatures that have come to life and now terrorise their carvers – but there’s now something more to do before exiting the level. 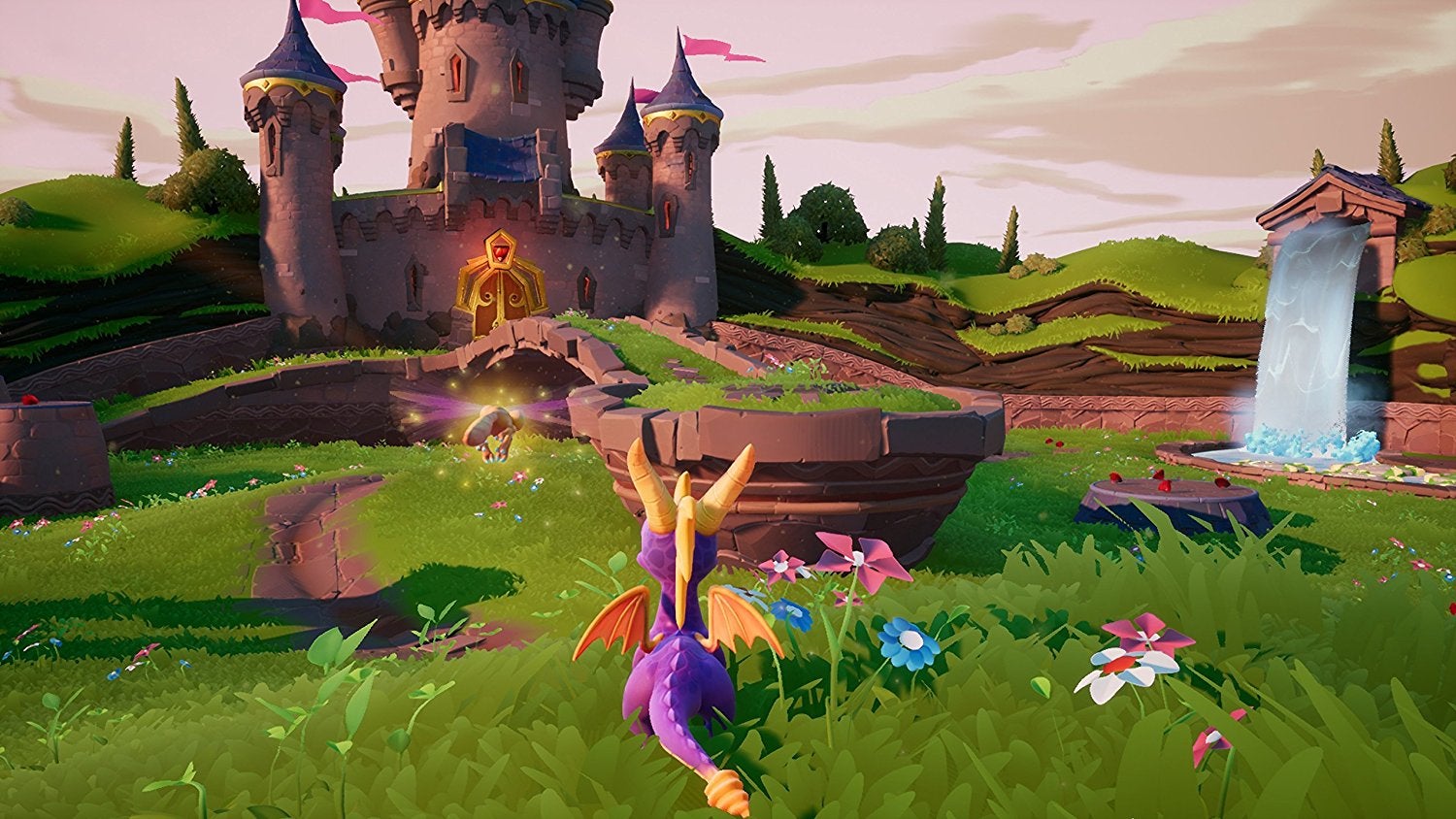 For instance, diving down a well leads to a new side quest, taking you to different areas of the map to complete three puzzles in order to earn one of the game’s key orbs. Even the puzzles manage to prove slightly vexing at times, another sign of maturation beyond the original, showing a fair bit more consideration at the developer’s end and requiring some thought to solve. There’s nothing that will frustrate or block progress – one is simply blasting the correctly coloured fish into a statue’s mouth – but others are just enough to test younger players’ skills without being insultingly easy for older ones.

The real delight for me though was experiencing the Spyro: Year of the Dragon level ‘Sunny Villa’ for the first time. Having aged out of being particularly interested in the Spyro games by the time the third instalment came around, the remastered version was an entirely new experience for me. Gamescom 2018 also marked the first time Activision had shown any content from the remastered Year of the Dragon, allowing me to approach it with completely fresh eyes.

Even without knowledge or nostalgia to compare it to, it’s clearly the most sophisticated entry in the original saga, with bigger, better designed levels with more to do in them. The main enemies, Rynocs, are at least visually intimidating if still no challenge, and freeing a Greco-Roman inspired town of them allows you to roam around and take part in optional side missions – chasing down lizards in a skate park, for instance. Spyro himself also boasts a slightly tweaked move-set here, incorporating a more refined gliding system, while the addition of helper characters unlocks new, special areas using their unique abilities. 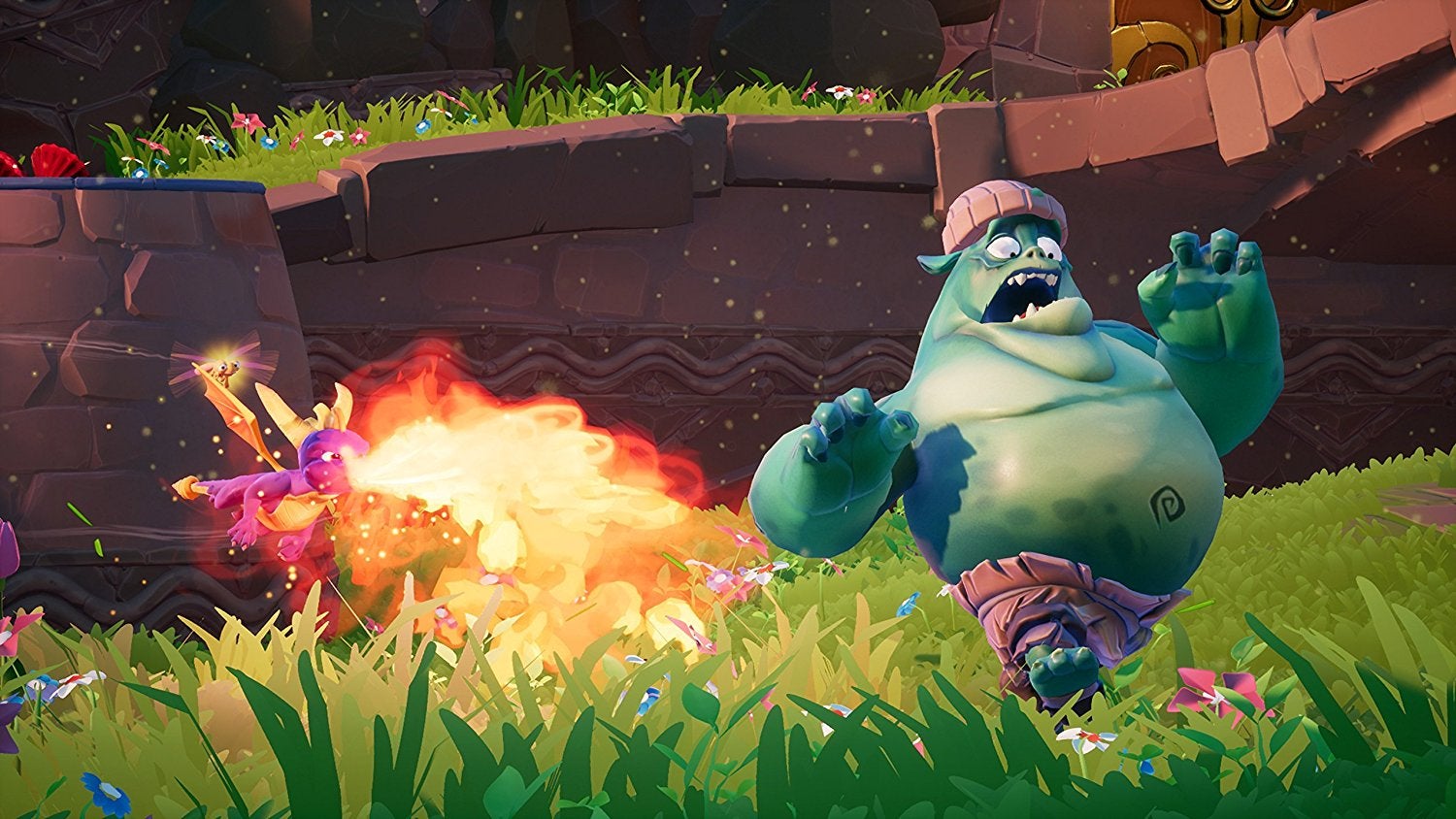 While the core gameplay mechanics are consistent across all three games – collecting gems, smashing chests, rescuing friends, and so on – the improvement across the trilogy is clear to see. It’s actually nice that Toys for Bob hasn’t gone back and dramatically changed the earlier games to bring them up to Spyro 3’s standards. The few changes that have been made are more ‘quality of life’ tweaks, such as camera controls mapped to right thumbstick now, and full auto-saves when Spyro meets a fairy, rather than simply creating checkpoints as they did originally.

There are a couple of drawbacks throughout. Spyro often feels tricky to aim when doing a head-ram charge, and the camera tended to go wild whenever I dove underwater, which makes navigation trickier than it should be. Those small issues aside, this collection is the best Spyro has been in years.

Spyro: Reignited Trilogy release date – when can I play it?

Spyro: Reignited Trilogy is coming to PS4 and Xbox One on November 13. Originally scheduled for a September release, the delay is so the development team can put additional ‘love and care’ into the experience:

‘I really hoped that you would be rescuing dragons and scorching Rhynocs sooner, but the Trilogy needs more love and care. In November when you’re exploring the Dragon Realms, Avalar and the Forgotten Worlds, we know you’ll agree the extra time was worth the wait,’ explained Toys for Bob’s Paul Yan.

The collection was briefly listed on the Nintendo Store for Switch before being taken down. Perhaps Nintendo is planning its own announcement ahead of release? Thanks to Siliconera for the spot.

Spyro: Reignited Trilogy trailer – how does it look?

It looks gorgeous, and you can check out the debut trailer below:

PlayStation Underground has revealed over ten minutes of new footage for Spyro: Reignited Trilogy. Check it out below: