Sony has announced its new premium OLED TV line-up for 2021, which will be able to handle the best the PlayStation 5 console has to offer.

The new sets will now be able to handle 4K resolution at 120fps thanks to the addition of the HDMI 2.1 technology in the new Bravia XR 4K OLED and LCD televisions. Those sets also support variable refresh rate, auto low latency mode and the eARC (enhanced audio return channel) that’s also part of HDMI 2.1.

The addition comes after Sony was criticised for labelling some of its 2020 OLED models as “Ready for PlayStation 5” when they lacked HDMI 2.1 tech necessary to play games at the top resolution and frame rate.

Elsewhere, Sony has confirmed that all of its new OLED and LED-LCD sets sets will run on the new Google TV operating system, replacing the Android TV software utilised by earlier sets. So far, the only device to run Google TV is the new Chromecast media streaming device. Sony says hands-free “Hey Google” functionality is carried over to this year’s sets too. Alexa’s also on board.

The company says two of the new OLED sets (Master Series A80J and A90J) and a trio of LED-LCD sets (8K Master Series Z9J along with the X95J and X90J) will also contain a new processor called Cognitive Processor XR. Sony says this chip possesses cognitive intelligence, rather than AI, and takes on the mantle from the X1 chips contained in previous years’ televisions.

In its press release, Sony explains how the tech works: “When we see objects, we unconsciously focus on certain points. Cognitive Processor XR, powered by cognitive intelligence, divides the screen into numerous zones and detects where the “focal point” is in the picture. While conventional artificial intelligence (AI) can only detect and analyse picture elements like colour, contrast and detail individually, the new processor can cross-analyse an array of elements at once, just as our brains do.

“By doing so, each element is adjusted to its best final outcome, in conjunction with each other, so everything is synchronised and lifelike — something that conventional AI cannot achieve.”

In demonstrations ahead of CES 2021, Sony showed how skin tone would be more realistic, while intelligently moving to highlight different aspects of scenes. For the top-end A90J OLED televisions (which come in 83-, 65- and 55-inch sizes), Sony says the new chip will assist in a brighter picture. Sony says “peak luminance is significantly improved” compared to last year’s top sets. 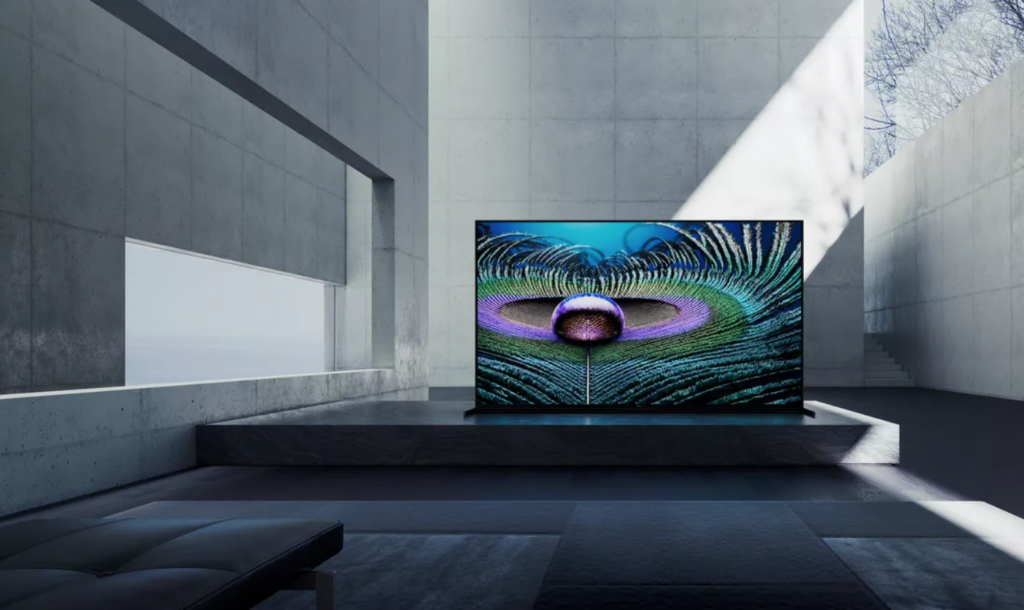 Also for 8K sets like the Master Series Z9J (75-inch and 85-inch sizes available), the chip will also make use of the XR processor for upscaling content from HD and 4K.

Sony will be announcing the pricing and availability in the coming months.