Samsung’s foldable smartphone is likely to wow when it finally arrives in 2019, but Sony is already preparing to take flexible displays to the next level.

Published late last month, the filing shows a number of design options for the transparent foldable display, including a rollable display that looks more like a banknote than a smartphone.

Naturally, these appear to be very much in the early concept stage right now, so are unlikely to trouble the Galaxy F (or X, or Flex, or whatever Samsung decides to call it) directly.

However, moving forward, the transparent nature of the display could give Sony an edge in the future arms race. For example, this type of screen could lend itself perfectly to augmented reality experiences. 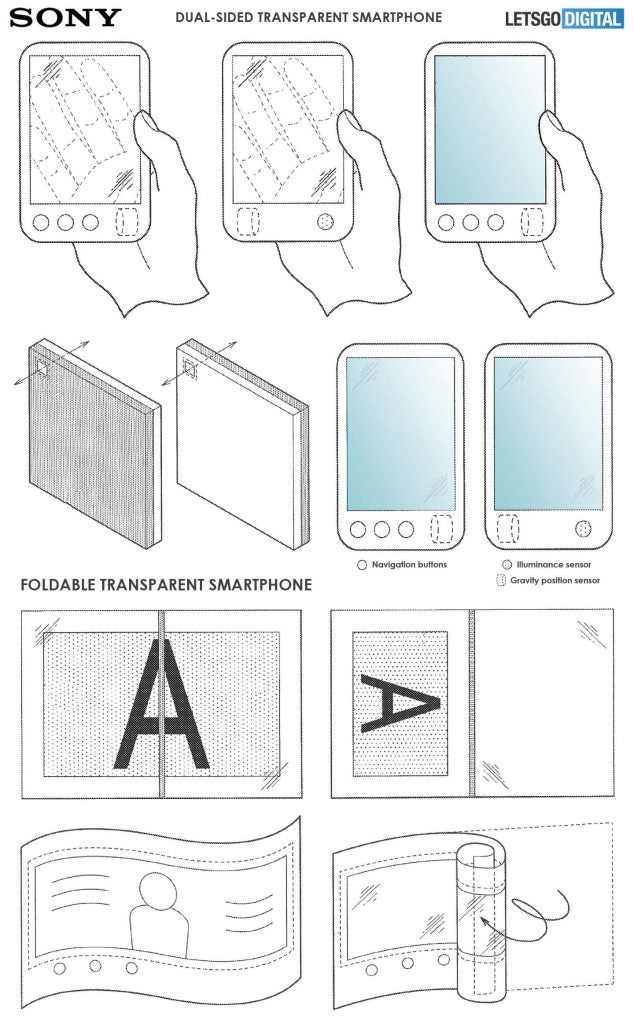 Historically, transparent displays have been difficult to achieve due to the inability to hide the components sitting beneath the screen.

Back in 2009, Sony Ericsson launched the ‘Purenesss’ feature phone to plenty of fanfare but little acclaim. That device had a lower body to hide all the components, but given the trend towards full-screen displays, this becomes much harder to achieve.

Many forward-thinking smartphone manufacturers are seeking out ways to future the bezel-less trend by packing fingerprint sensors and selfie cameras underneath the display, so it’s interesting to see Sony is looking at ways to have nothing beneath the display.

Would you buy a smartphone with a flexible display? How about a transparent screen? Drop us a line @TrustedReviews on Twitter.